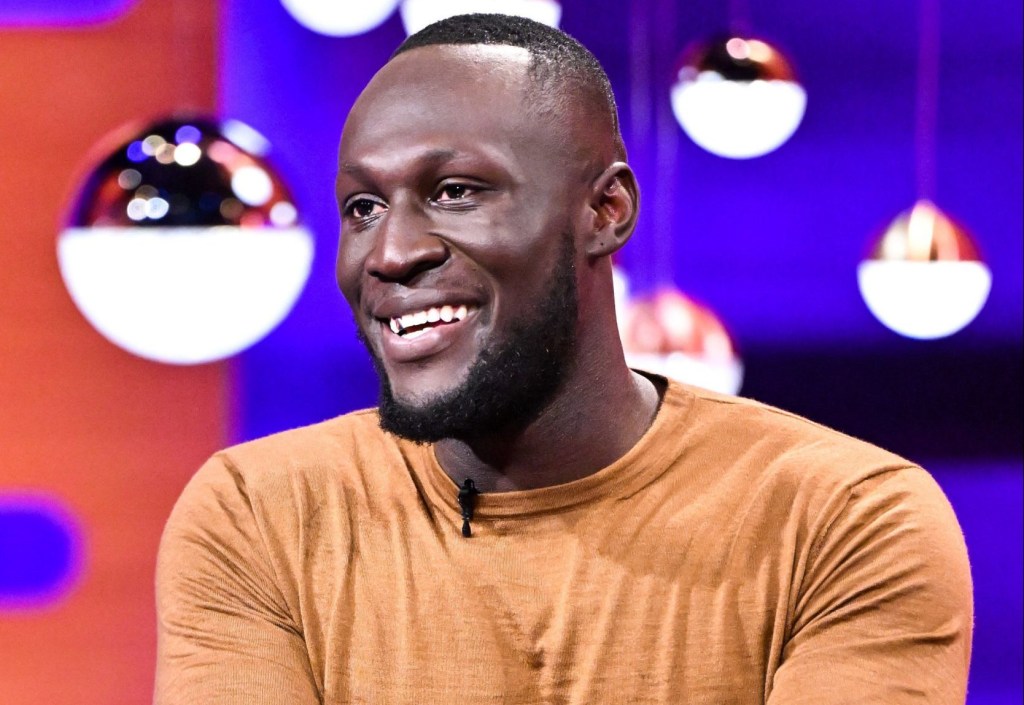 Stormzy laughed off the idea of a duet (Picture: PA)

According to Stormzy, a duet with Adele is off the table, after the rapper scoffed in response to a question from Jonathan Ross.

The 29-year-old musician revealed just how much of a ‘big fan’ he was of the Rolling In The Deep singer while appearing on Saturday night’s The Jonathan Ross Show.

Speaking about his trip to see Adele perform in Las Vegas, as she kicked off her long-awaited run of shows at the Colosseum, Stormzy said: ‘That was amazing. Honestly, probably the best show I’ve ever seen. And I’ve seen a lot of shows.

‘It’s got all the glitz and glamour like a massive arena show, but it’s in a small place and it’s kind of like, wonderful.

‘Beautiful and spectacular and glamorous… I was like, chefs kiss.’

He added: ‘I’ve always been a big fan. She came to my London show and I was very, very starstruck. Extremely starstruck.

‘I remember I was like, “Can I hug you? Oh, can I hug you again?” I probably asked about three, four times. She’s lovely.’

As big of a fan as he is, he’s not even considered duetting with the hitmaker, after Jonathan asked him if he’d like to.

Stormzy replied: ‘Come on man, know what I mean. I wish, I wish… you’ve got to… there’s leagues and levels Jonathan. Are you f***ing joking?’

The Own It rapper recently shed some light on when he holidayed with Adele in Jamaica.

‘It was deeply spiritual. We would sit by the pool all day and by the water and just talk and just have time with our feelings,’ he recalled of his escape with the Easy On Me singer.

‘I’d go to the water every day, and I’d pray. It just dawned on me that I had a lot of growing up to do. I feel like that’s when my life changed forever.’

The Jonathan Ross Show airs on Saturday at 10.20pm on ITV1 and ITV Hub.

MORE : Stormzy leaves fans in tears as he drops ‘album of the year’ This Is …read more

Glee star Amber Riley says social media talk about her body was a ‘war zone’ while on series: ‘People always had an opinion’

Kathryn received a kidney from doting dad, Kevin (Picture: SWNS) When Kathryn Croker, 36, was told she needed a life-saving kidney transplant, her parents stepped forward for testing, hoping they’d be a match. Luckily, both her dad, Kevin, 67, and mum, Anne, 63, were suitable donors – but it was Kevin who selflessly went ahead […]