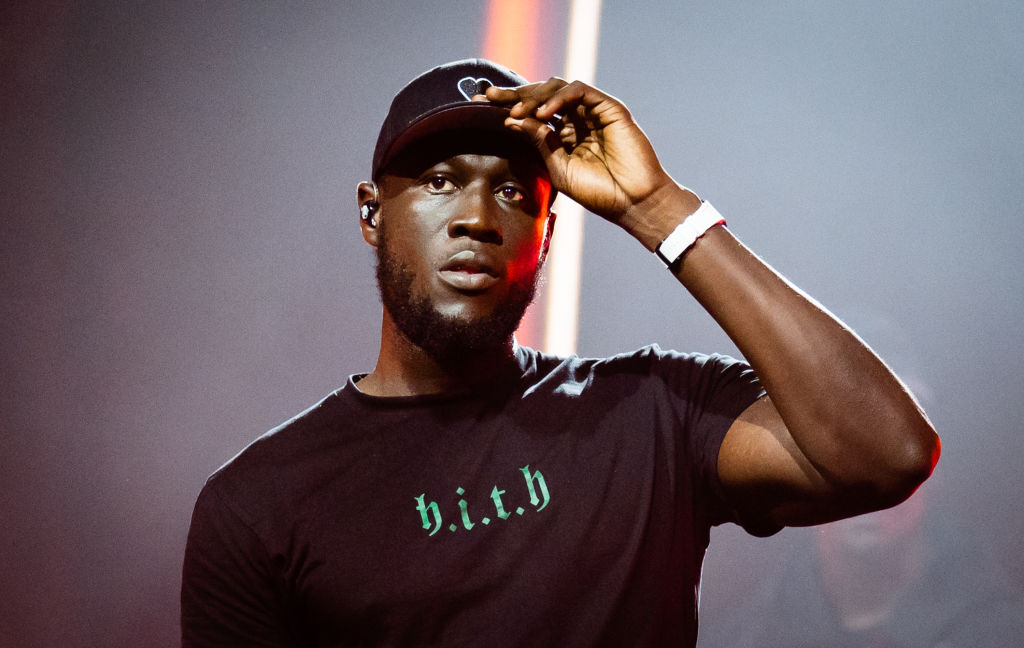 Stormzy has plenty of questions about acting (Picture: Samir Hussein/WireImage)

Kate Hudson has always been pretty open throughout her career, and now Stormzy used it as a good chance to ask a burning question he had about sex scenes.

The pair both appear on Saturday night’s episode of The Jonathan Ross Show and when conversation turned to the rapper trying his hand at acting to promote his new album, he had some questions for Kate.

‘The idea of me going on set with someone that’s awkward and I’m awkward,’ he said about filming some of the more romantic scenes.

It was then he had some questions for the Hollywood actress.

‘When I see sex scenes I’m like, “How do you lot do that?’” Of course it’s your job but… as your average punter, it looks extremely difficult. Can there be… arousal? Everyone’s thought it’,’ he asked.

As Kate laughed, she first responded by calling it an ‘interesting question’.

‘I think it’s so mechanical and there’s so many people around. Usually they close the set and you kind of have to talk it out and the boys wear belts. It’s very… tucked,’ she said

‘It kind of takes the fun out of it, I guess. Sometimes it’s more enjoyable than other times.

Kate and Stormzy are on The Jonathan Ross Show this week (Picture: ITV)

‘It just depends on the circumstance and the safety that you feel with that actor and how safe the space feels. It can get awkward.’

Stormzy’s questions also came after Kate chatted about working with Matthew McConaughey on the 2008 rom-com Fool’s Gold and how filming kissing scenes were ‘not that fun to shoot’.

‘Ocean, swimming and kissing is not always pleasant,’ she said.

While Stormzy’s single about heartbreak appears to be about his ex-girlfriend Maya Jama, rumours that the pair had got back together were shut down earlier this week.

Reecently speaking to Louis Theroux too, Stormzy opened up about the break-up and described the end of their relationship as his ‘biggest mistake’.

‘My break-up, that was probably the biggest catalyst for growth as a man. It was like, OK, you made a mistake and you lose someone you loved, someone you cared for, someone who is special to you.

The Jonathan Ross show airs on Saturday at 10.10pm on ITV.

If you’ve got a celebrity story, video or pictures get in touch …read more

Mbappe would cost United at least £150million (Picture: Getty) Manchester United are targeting a sensational move for Kylian Mbappe as a replacement for Cristiano Ronaldo. The Old Trafford club are prepared to cut ties with the five-time Ballon d’Or winner following his explosive interview with Piers Morgan where he accused United of ‘betraying’ him. Ronaldo […]

Adele emotional after ‘perfect’ first night of delayed Las Vegas residency: ‘It looks just like I imagined it would’

Lucy May Barker plays a blinder as Rebekah Vardy (Picture: Rex) The greatest football contest of all time is back – with fouls, swearing and underhand tactics aplenty. No, I’m not talking about the World Cup, but the theatrical re-enactment of the best footie entertainment we’ve seen all year; the Wagatha Christie trial. And now […]