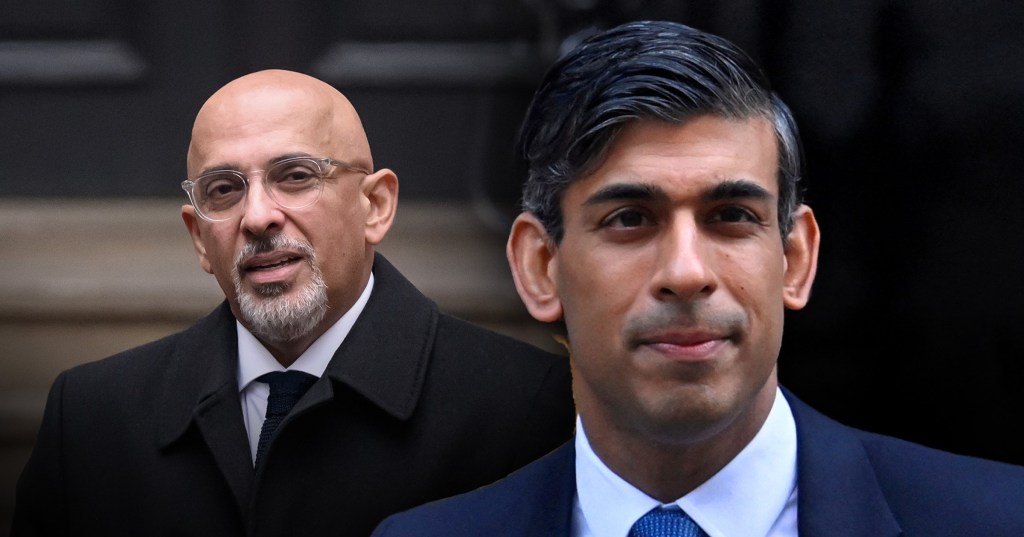 Sunak has come under fire from other MPs after failing to sack the Tory party chairman (Picture: Reuters/Getty)

Labour leader Sir Keir Starmer called the PM ‘hopelessly weak’ after failing to fire the Chairman of the Conservative Party.

The Prime Minister ordered his ethics adviser to investigate whether Mr Zahawi broke ministerial rules over the estimated £4.8 million bill he settled with HMRC while chancellor.

Mr Sunak admitted there are ‘questions that need answering’ as the inquiry was launched but it was unclear what he knew when appointing Mr Zahawi to the Cabinet-attending role.

Chairman of the Committee on Standards in Public Life Lord Evans criticised the legal threats Mr Zahawi made as he tried to prevent stories about his tax affairs emerging.

As they worked to uncover the situation, The Independent website said he personally threatened ‘legal action’ and tax lawyer Dan Neidle was contacted by ‘expensive’ libel lawyers.

Lord Evans suggested ‘trying to close down a legitimate public debate’ would not live up to the Nolan principles on public life that must be upheld under the ministerial code.

Zahawi is being investigated over the estimated £4.8 million bill he settled with HMRC while chancellor (Picture: AFP)

‘Accountability, openness are things which the Government says that it wants to be characterising its own behaviour, so that I think speaks for itself,’ he told BBC Radio 4’s PM programme.

‘The sort of attempts, apparent legal attempts to suppress this story, I don’t think that does live up to the sort of standards that the public would rightly expect.’

Senior Conservative MP Caroline Nokes has called on him to ‘stand aside until this matter is all cleared up’ but Mr Sunak has so far stood by Mr Zahawi.

The Prime Minister argued it is ‘longstanding practice’ for ministers to remain in their roles while under investigation.

But Mr Sunak bowed to pressure to order the investigation by ministerial interests adviser Sir Laurie Magnus after the Guardian revealed Mr Zahawi paid a penalty as part of the dispute.

Look at it go! (Picture: Andrew Cottrell/SWNS) Spectacular photos have captured dolphins appearing to ‘fly’ from the waters off the Yorkshire coast. Andrew Cottrell spotted a group of 20 bottlenose dolphins while was walking on the beach at Hunmanby Gap in Filey. The animals were about 1km away from the shore and were leaping up […]

The Last of Us fans claim Nick Offerman is ‘exception’ to straight actors playing gay roles: ‘He changed my mind’

Frank brings out Bill’s softer side when they meet during the outbreak (Picture: HBO) Warning: spoilers ahead for The Last of Us episode 3. Several The Last of Us viewers have claimed that in the discourse over whether straight actors should be able to play gay characters on screen, Nick Offerman is an ‘exception to […]