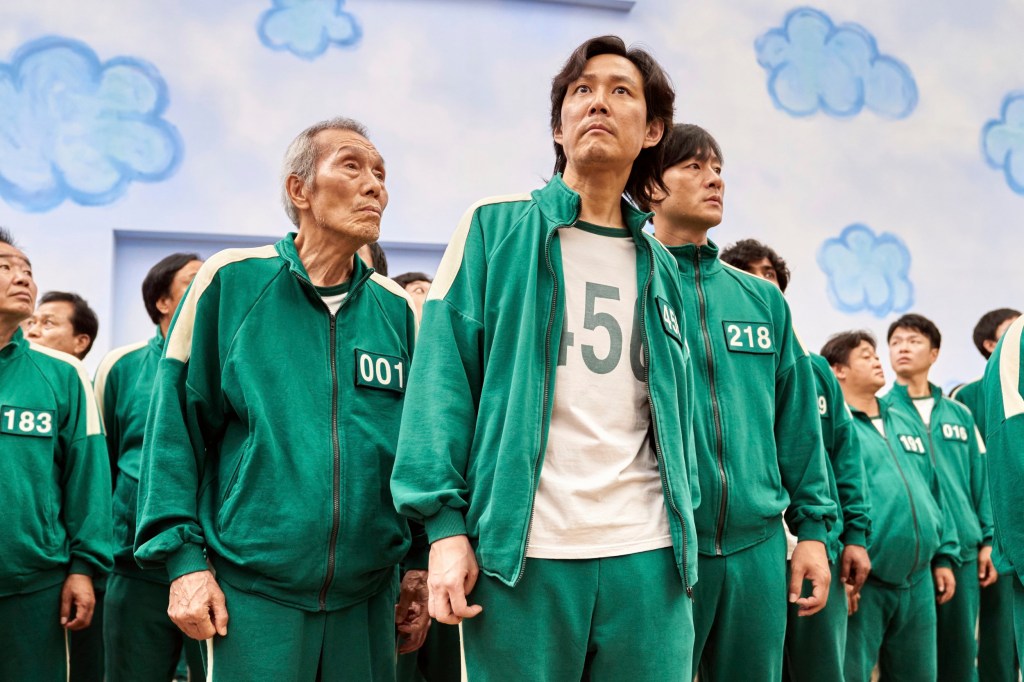 Squid Game left fans wanting more, but it might take a while… (Picture: Netflix/AP)

The first series of Squid Game left viewers begging for more, but comments from Lee Jung-jae are slightly concerning for season 2.

Earlier this month, Netflix confirmed that more episodes of the South Korean thriller would be coming.

However, Lee Jung-jae, who starred in the hit show as Seong gi-hun – the lone survivor of the games – has no idea when it could be coming, and has questions too.

During a chat with PEOPLE, Jung-jae seemed to indicate that more episodes of the deadly drama could be quite far away.

‘It feels like [Dong-hyuk] is really struggling to write the script,’ Lee said. ‘I actually wanted to ask director Hwang about it too’.

Squid Game was such a runaway success that attempting to reach such heights again left some fans concerned about future seasons.

However, despite revealing some of the difficulties Dong-hyuk is experiencing while trying to write a second season, Jung-jae remains ‘excited’.

‘When there’s this present that you want… you’re waiting for that [and] you’re so excited to get it, you don’t want to have it little by little.’

He continued: ‘You want the whole package at once, so I’m just waiting for director Hwang to give me the whole scenario, and I’m really excited for it.’

Jung-jae’s comments have come shortly after Netflix announced that a reality series based on Squid Game will be coming to the streaming service soon.

Named Squid Game: The Challenge, the upcoming gameshow will see contestants compete in games based on the series for a £3million cash prize.

Netflix has of course pointed out that contestants will not face sudden death should they be eliminated from the competition.

However, some fans have expressed concern that bringing the events of Squid Game to life would only undermine the series’ core message.

One fan commented: ‘[Squid Game] was literally trying to point out what’s wrong with a capitalist society by using [children’s games] as a metaphor, and then they made it in real life.’

Squid Game is available to stream on Netflix.

MORE : Rylan Clark lobbies Netflix to host Squid Game reality series and shares a glimpse into what that could look like

PS Plus Premium should be live in the UK by the time you see this (pic: Sony) The Thursday letters page is disappointed by Nintendo’s Xenoblade Direct, as one reader places a bet for Sega’s Hyenas. To join in with the discussions yourself email gamecentral@metro.co.uk All that mattersI’ll put my hand up as another gamer […]

The Lazarus Project is a watch that’s worth the ride

The Lazarus Project makes us question time (Picture: Sky UK Ltd) Let’s be honest, we’ve all wanted the chance to turn back time – to take back that bitchy comment or undo that unwise snog, perhaps? But what if the clock was turning back – just without our knowledge? According to new sci-fi drama The […]