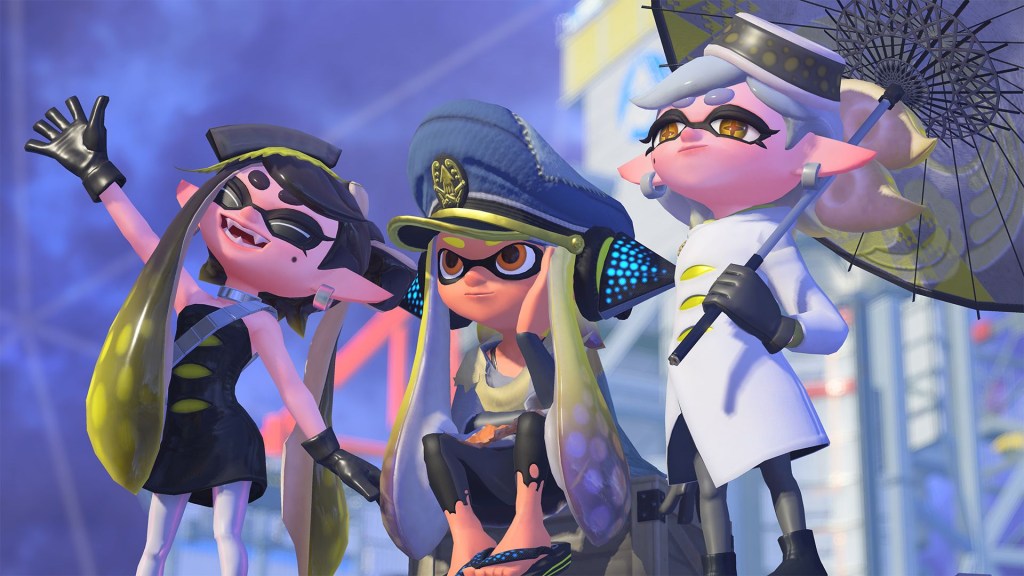 Nintendo online shooter sequel has had an unexpected update, with a brief new look at one of Splatoon 3’s new maps.

There might be no sign of an E3 style Nintendo Direct this month but there has been a new update on Splatoon 3, even if it was only via a tweet. The new game is due for release on September 9 and the latest info on the third person shooter is a brief showcase of the new map Undertow Spillway.

According to Nintendo, Undertow Spillway is an old flood bypass which can be found deep under Splatsville, which is the game’s new hub world. In terms of the game world’s lore, Undertow Spillway had been abandoned for years, before it was renovated into a stage for Turf War battles

The map itself appears to be relatively flat, with a couple of higher ledges which will no-doubt make for some advantageous splatting for splat charger users. The walls on these ledges appear to be non-climbable, meaning your opponents will likely have a difficult time reaching you.

Meanwhile, the flatter portions of the map appear to consist of a maze of small slopes and shorter ledges, which seem to be about the height of an Inkling or Octoling. This could make for some interesting combat scenarios, with rollers and inkbrushes potentially being advantageous here, thanks to their close combat capabilities.

There also appear to be several non-climbable pillars throughout the stage, which could make for some good cover to retreat behind during moments of intense splatting.

Finally, the gameplay ends by showing us some Jellies who have made their way to the Undertow Spillway. It’s nice to see that despite whatever havoc might have taken place during the time between Splatoon 2 and Splatoon 3, those little guys are still hanging around.

Whether you’ll get to play as them is unclear though, as very little of the game has been shown so far despite its relatively imminent release date.

Undertow Spillway is a former flood bypass located deep under Splatsville. Abandoned for years, it surged in popularity after it was renovated into a stage for Turf War battles! #Splatoon3 pic.twitter.com/hjJXTweK0o

To submit Inbox letters and Reader’s Features more easily, without the need to send an …read more

How to keep your baby cool during summer hot weather

Summertime is finally here (Picture: Getty) The UK has just had its first proper heatwave of 2022, recording several of the hottest days over the past week as temperatures soared past the 30°C mark., with some of Europe hitting as high as 40. Though many might be excited about catching some rays, anyone with babies […]

Arsenal have held talks over a move for Raphinha (Getty) Arsenal are planning to submit a bid for Leeds United winger Raphinha, according to reports. The Brazil international was Leeds’ standout performer last season with 11 goals in the Premier League. Raphinha has attracted plenty of interest in the run-up to the summer transfer window, […]