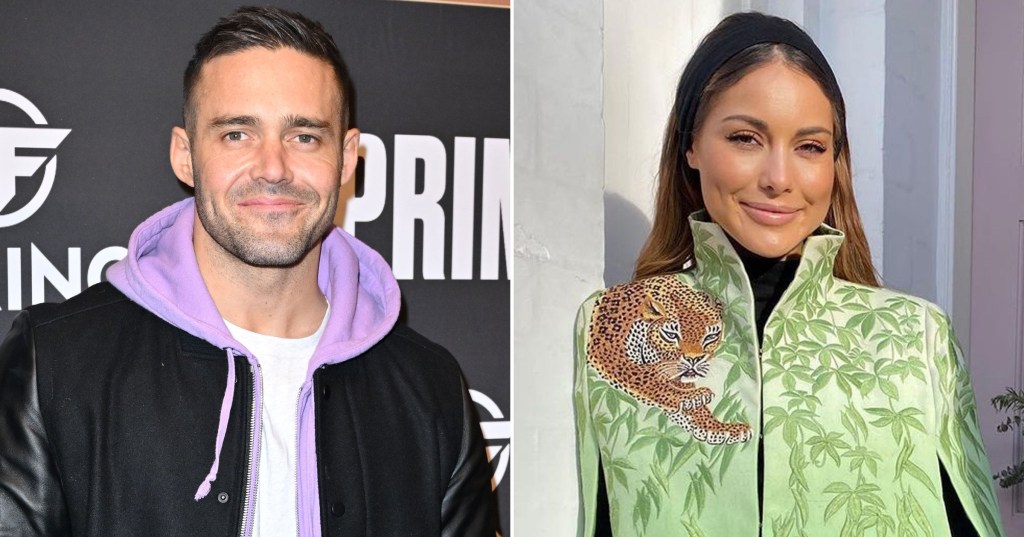 It is still remembered as one of the most iconic scenes from Made in Chelsea, but Spencer Matthews now admits he is ‘embarrassed’ at the way he acted when breaking up with Louise Thompson.

From 2011 until 2015, Spencer appeared on the first ten seasons of the long-running reality series, which followed the lives of affluent young people in West London.

After an on-again, off-again relationship, Spencer decided to break up with his girlfriend Louise on Putney Bridge in 2013, resulting in a scene still remembered by many fans a decade on.

In a tense exchange, Spencer told Louise it was ‘hard’ to respect her when she ‘let’ him cheat on her.

Speaking about what went down on the latest episode of How to Fail with Elizabeth Day, Spencer singled out signing up for reality TV as one of his life failures.

A self-confessed fan of the show, Elizabeth asked Spencer about his breakup and how much had been scripted.

Spencer and Louise broke-up in front of cameras on Putney Bridge in 2013 (Picture: E4)

While Spencer admitted he had broken up with Louise the night before the cameras started rolling, he now regrets the way he handled it all.

‘I had broken up with Louise the night before and I told her that scene was about that and she came in steaming hot, screaming at me, breaking up with me and I thought, “oh this isn’t real anymore” so you have these crazy reactions,’ he said.

‘At the time I was a heavy drinker and our relationship was very toxic at the time hence we had a screaming match I now really regret.’

He went on to say that they were ‘not friends’.

‘I have no hard feelings for her and I wish her all the best but it’s a shame I yelled at her in that way and I feel embarrassed about it,’ he added.

In the interview Spencer also spoke about how he initially wanted to take part in the series after seeing how The Hills had changed the lives of people like Brody Jenner and Spencer Pratt.

‘I had spent time with Brody and Spencer and saw them being paid $100,000 to turn up to a nightclub they were going to go to anyway and I was 19 and thought “how the hell do I get what they have?”

Spencer said appearing on reality TV was a ‘failure’ for him (Picture: Eamonn M. McCormack/Getty Images)

He also added he didn’t care at all about being liked but got wrapped up in the drama the show required.

‘Without drama the show would have died, and I liked doing it and having the job…but nobody’s lives were as dramatic as the way we were portrayed,’ he said.

But, he said: ‘In fact I would do almost anything to avoid drama. I am a very …read more

Susanna Reid defends Madonna after cruel criticism over Grammys appearance: ‘She should feel proud of herself’

To view this video please enable JavaScript, and consider upgrading to a web browser that supports HTML5 video Susanna Reid has shut down the trolls who have made spiteful remarks about Madonna’s look at the Grammy Awards 2023. The Vogue hitmaker, 64, had introduced Sam Smith and Kim Petras’ Unholy performance at the glitzy bash but instead, […]

Dean Daughtry, co-founder of band Atlanta Rhythm Section and co-writer of hit So in to You, dies aged 76