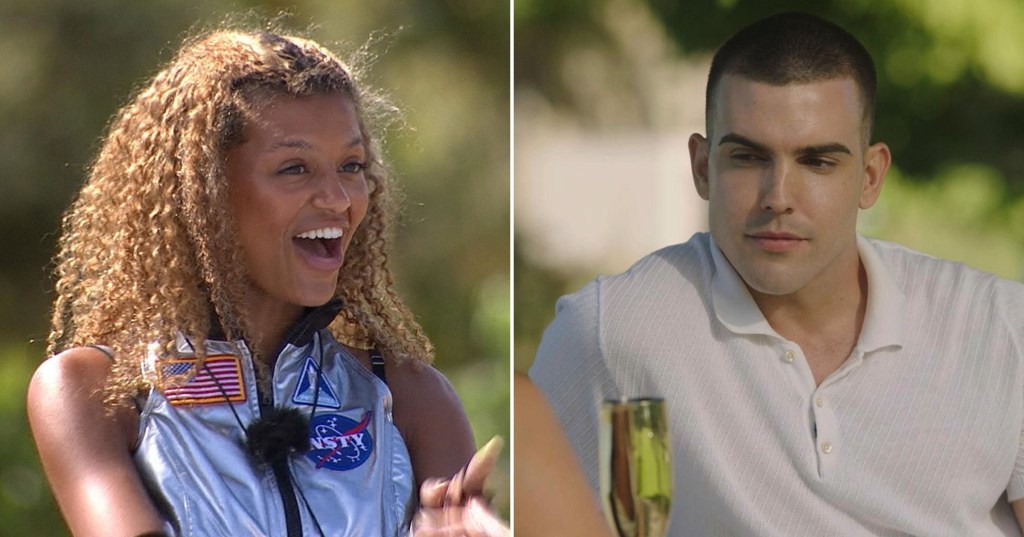 Do we spy a new romance in the works? (Picture: Rex/ITV)

After just a few days in the Love Island 2023 villa, Zara Lackenby-Brown has already set her sights on a potential new romance.

Following her entrance on the winter series, the 25-year-old quickly struck up a connection with Tom Clare, going head-to-head with 27-year-old Olivia Hawkins as they vied to be his number one pick.

Having chosen Tom, 23, in the recoupling ceremony, the other day Zara enjoyed a bit of a flirt with Shaq Muhammad, 24, bonding over the fact that they’re both from London.

On Wedneday’s episode of Winter Love Island, it appears her head could be turning once more, this time for new Australian bombshell Aaron Waters, 26.

Tonight, Aaron and Zara are set to strike up a conversation while in the gym, with the former Love Island Australia contestant asking if she could be open to getting to know him.

‘I am yeah, I think we get on really well,’ she replies, as Aaron agrees by stating: ‘Yeah I think so too.’

Zara is coupled up with Tom, but also had a flirty exchange with Shaq (Picture: ITV/Shutterstock)

Zara adds that in the real world outside of the villa, he would be the kind of person she would typically take an interest in romantically.

‘I don’t know if I’ve told you, but on the outside you’re more my type, looks-wise, that I go for and what I’ve gone for in the past,’ she tells him.

He replies: ‘I think you’ve surprised me most out of everyone, obviously you’re very attractive.’

So could there be something in there connection, beyond physical attraction?

Jessie and Aaron are aghast that they have to choose who’s going to be dumped (Picture: ITV)

Tonight’s instalment is set to begin with a dramatic double dumping, as Aaron and fellow Aussie newcomer Jessie Wynter are given the awful job of having to decide one boy and one girl to send home.

The islanders at risk of elimination are Tom, Haris Namani, Kai Fagan, Tanyel Revan, Tanya Mahenga and Anna-May Robey – so will be saved?

During their private conversation, Jessie, 26, admits to Aaron that she’s ‘so nervous’ about the choice they have to make.

When are the Oscars, who is hosting and who has been nominated?

It’s Oscars time again… (Picture: Stefani Reynolds / AFP / Getty) It’s that time of year again, as film fans get ready to watch the Oscars. The movie industry awards, officially called the Academy Awards, are in their 95th year – and will see the best films, writers, directors, actors and creatives given golden statuettes […]

Sam Smith shared details on his dating life and opened up about his online experiences (Picture: Getty Images) Sam Smith revealed they were blocked from swiping left and right after dating app services believed they were faking their identity.  The 30-year-old hitmaker explained they had attempted to create profiles on Tinder and Hinge but got […]