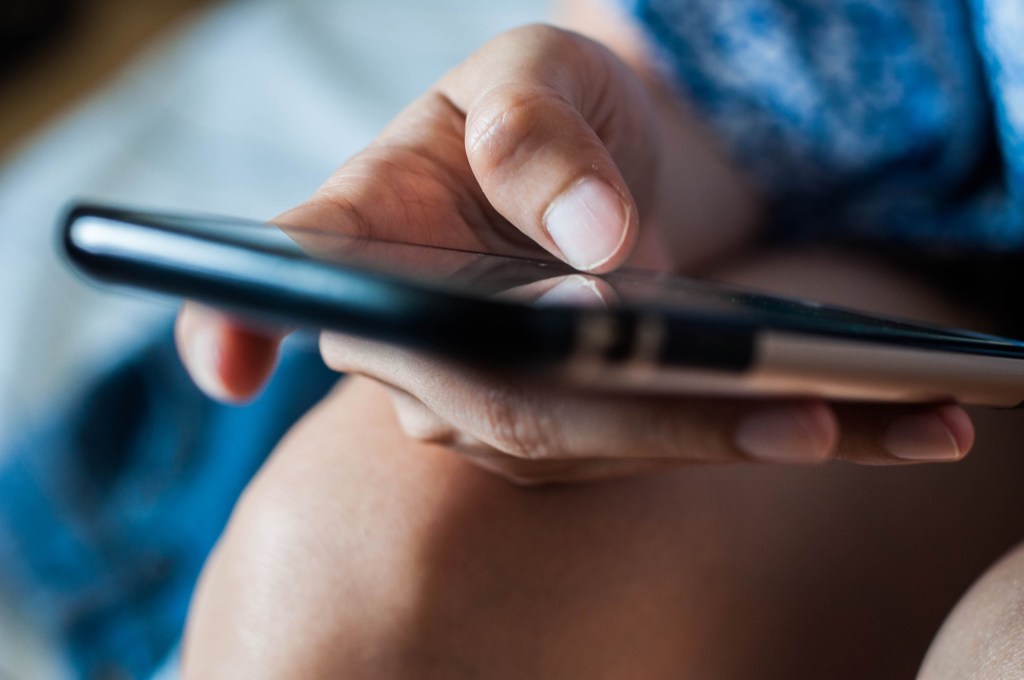 The victim’s dad was sent the explicit files a day before his daughter’s birthday (Picture: Getty Images)

A mum and son plotted to send intimate photos and footage of his ex-girlfriend to the woman’s dad a day before her birthday to ‘give her drama like she loves’, a court heard.

Matthew Cooper-Collyer, 23, had not long split up with the victim when his mother, Lynda Cooper, 41, suggested in a Facebook conversation that he send images to her.

Jurors at Winchester Crown Court heard she commented on the two ‘sexually explicit’ pictures and clip: ‘Love them, perfect shots, you should have been a photographer.’

She then forwarded them to the woman’s father on the day before her birthday.

His mum has already pleaded guilty to the same charge as well as a second offence of malicious communications after sending the images and he insists she was solely responsible.

Helen Easterbrook, prosecuting, told the court the victim’s father ‘checked his mobile phone and found he had received two photos and a video which showed his daughter in sexually explicit poses’.

She said: ‘The allegation is Mr Cooper-Collyer has shared these photos and video; they were of a private nature.

‘He did it without her permission and when he did it, he did it not by accident but intending that it would upset her, it would cause her distress.’

Cooper-Collyer is on trial at Winchester Crown Court (Picture: Getty)

In his police interview, Cooper-Collyer blamed his mum, saying she had access to his phone and had sent the images without his permission.

He said: ‘I left my phone for five minutes to go to the toilet, when I got my phone, these pictures had been sent and I questioned her.

He acknowledged writing in the Facebook exchange that he had sent them but insisted he had not actually done so.

Cooper-Collyer said: ‘She has got bipolar disease and she can be very difficult to come to terms with and talk to if she is having a bad day, which she was, sometimes it’s easier to agree to a certain extent, to keep her quiet.’

Giving evidence, Cooper said she took the images from her son’s phone without his permission and added: ‘He is innocent through this whole thing. He didn’t agree to any of the pictures.’

Rob Burrow (pictured) is ‘absolutely gutted’ after the death of his friend Doddie Weir (Picture: PA) A friend of rugby star Doddie Weir has paid tribute after his death from motor neurone disease aged 52 – and called the government ‘stupid’ for not handing over £50million it promised for research into the condition. Rob Burrow […]

A delicious mean that won’t break the bank (Picture: TikTok/@costoflivingcrisistips) It’s meant to be a joyful event that is loved and enjoyed, but with costs rising, many of us are anxious about the spiralling cost of Christmas dinner this year. However, when there is a will (and a savvy shopper) there is a way. One […]

Whyte got the points decision (Picture: Getty) Dillian Whyte sealed a hard-fought victory over Jermaine Franklin in a win that could set up an eagerly-anticipated rematch with Anthony Joshua. The Brixton heavyweight suffered a knockout defeat against Tyson Fury last time out in April at Wembley Stadium but secured the victory he desperately needed in […]