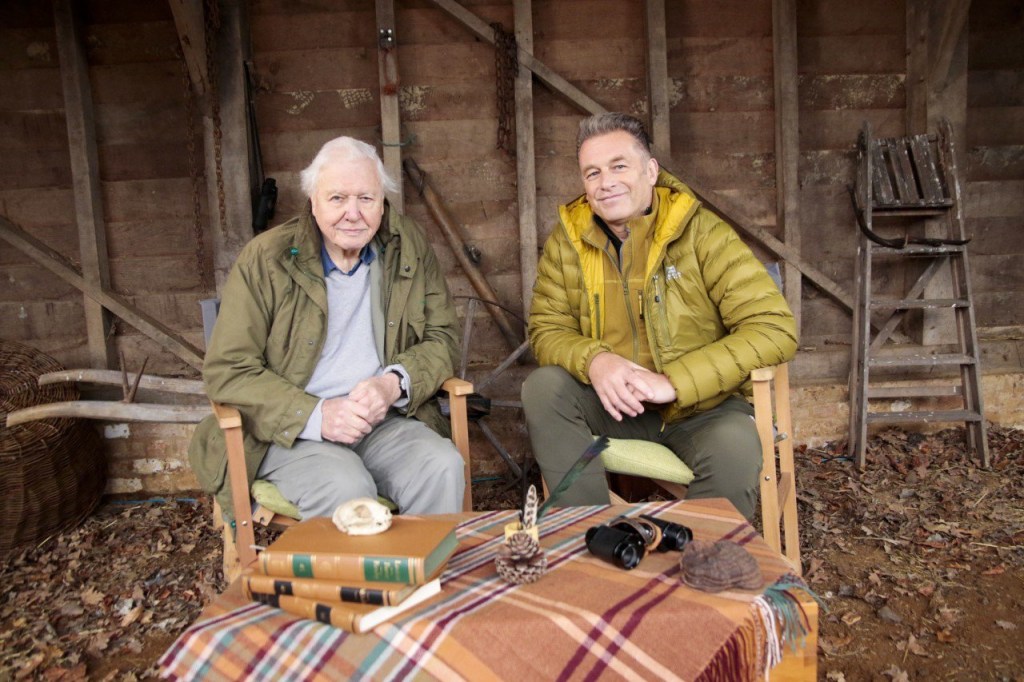 Sir David Attenborough has said ‘internal BBC politics’ resulted in him spending much of his career documenting wildlife abroad rather than in the British Isles.

The broadcaster and naturalist, 96, said that when he joined the Line of Duty broadcaster in 1952, going on to become the controller of BBC Two.

His association with natural history programming began with Animal Patterns, before fronting landmark series such as Blue Planet and Planet Earth.

The author’s latest project for The Bodyguard network is five-part series, Wild Isles which aims to shine a light on the impressive nature closer to home.

Speaking to presenter Chris Packham for Winterwatch, he was asked whether he had always wanted to make a series about British wildlife.

‘I joined [the BBC] in 1952, and television was restricted to London only. Bristol had a Natural History Unit on the radio but it didn’t have television.

The veteran presenter continued: ‘So we had a great meeting and they said: “Look here, you’re doing natural history and I think we should come to some agreement on this, because when television comes here we want to do natural history television. Tell you what, we’ll do British natural history, and you can do all this stuff in Africa.”

‘And I said, “That suits me down to the ground” so this is a great ambition fulfilled.’

Sir David Attenborough on one of his early shows, Zoo Quest, in 1956 (Picture: BBC Archives)

The natural history series will have an introductory episode explaining why Britain and Ireland are globally important for nature.

Sir David Attenborough has been presenting shows for more than half a century (Picture: PA)

‘I have no idea [what’s going to happen]. We just have to keep the pressure on, whether we’re winning or losing, we should be doing all we possibly can.

‘And I think that we are. Lots of people are, all over, all kinds of organisations.’

Sir David also said he ‘personally won’t have a long-lasting legacy’ despite his work to improve awareness of the issues affecting the natural world globally.

He added: ‘But I think that the policy of the BBC of putting on natural history at peak hours and so on, with your programmes and my programmes, has actually raised an awareness of the natural world in British people, which is quite remarkable.

Ronaldo has been settling into life in Saudi Arabia (Picture: Mohammed Saad/Anadolu Agency via Getty Images) Cristiano Ronaldo is now plying his trade in Saudi Arabia for new club Al-Nassr. The Portuguese legend moved to the Saudi Pro League club as a free agent in December 2022 following his release from Manchester United the previous […]

Jonjo Shelvey joined Newcastle in 2016 (Photo: Getty) Nottingham Forest are set to sign ‘at least two more players’ on deadline day, including former Liverpool midfielder Jonjo Shelvey. That is according to Fabrizio Romano, who claims that Shelvey’s move from Newcastle is done, while Felipe is also set to join from Atletico Madrid once his […]