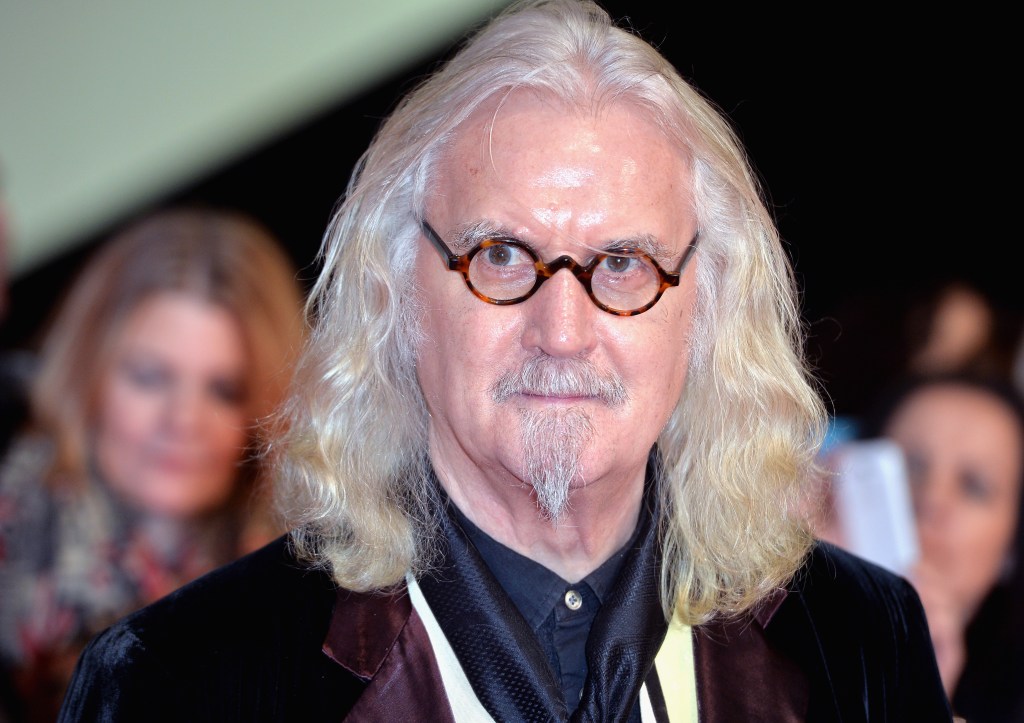 A Billy Connolly tribute show has been written and will go on tour next year (Picture: Getty Images)

A Scottish writer and performer has written a love letter to his favourite comedian Sir Billy Connolly and has revealed plans to take the tribute show on tour in the new year.

Along with an expert team of story gatherers and the National Theatre of Scotland, Gary McNair created a collection of moving and hilarious stories about the comedy legend.

Plans to take the Dear Billy show on the road were announced on the personality’s 80th birthday and will run throughout 2023 holding a grand finale at the King’s Theatre in Glasgow.

The keen writer wanted to incorporate audience participation into his set and so will ask members of the crowd to throw out stories that can be woven into the material as the tour develops.

McNair said of his innovation in honour of the A Series of Unfortunate Events actor: ‘It’s an honour to be doing this show.

‘To take on a subject and a figure as beloved by the public as Billy with our National Theatre is a very proud moment indeed and one that I will cherish.

Sir Billy stopped touring in 2018 after his Parkinson’s disease became too much (Picture: WireImage)

‘It has been a joyous production to be a part of, with so many wonderful artists involved in its research and development.

‘I hope we can continue that feeling of joy when we get on the road and share it with audiences up and down the country.

‘There will be a seat for Billy every night and we hope he can come along and see just what he means to the people of Scotland.’

Partnering with the National Theatre of Scotland, the institution jumped at the chance to participate in paying tribute to their native funnyman.

The show material is said to be centered around stories from the comedian’s life (Picture: WireImage)

One of Scotland’s most famous faces has enjoyed a career spanning over 50 years (Picture: WireImage)

Jackie Wylie who is the artistic director at the theatre company offered up her two cents on the collaboration.

She noted: ‘Billy Connolly is arguably Scotland’s most loved artist.

‘We thought it fitting that his National Theatre should honour him with a theatrical love letter, in the form of a special new show.

‘Dear Billy is created with the words collected from the people of Scotland about what Billy means to them and written and performed by the brilliant Gary McNair which will tour the length and breadth of the country in 2023.’

Sir Billy – or Big Yin to those who know him well – has spent a little over 50 years entertaining the masses.

Touring the globe with his funny wit for most of his career, his life on the road was cut short in 2018 after his Parkinson’s disease worsened.

Got a …read more

Taxpayers across the country are set be hit with another hike after the government gave councils permission to put rates up (Picture: AFP) Jeremy Hunt has hidden a council tax bombshell in his austerity budget worth hundreds of pounds to average households. The chancellor glossed over the measure in his Commons statement, saying only that […]

How to preload Warzone 2 on PlayStation, Xbox and PC

Preparation is key even for Warzone 2.0 (pic: Activision) If you want to get a head start in Call Of Duty: Warzone 2 you should check the dates and times for when you can preload it.  Warzone 2.0 is out on Wednesday, November 16 and promises to bring a bunch of new features, such as new […]