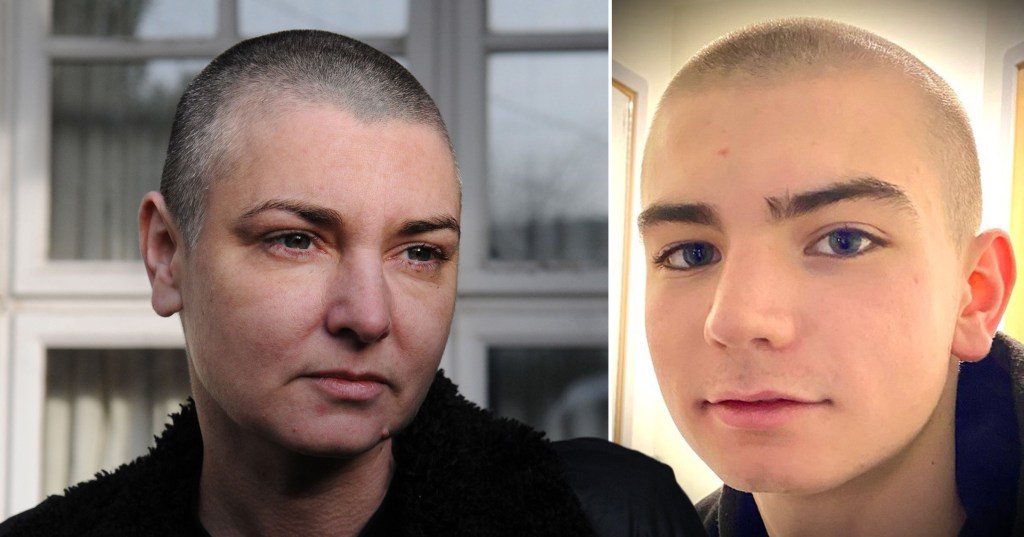 Sinead O’Connor is focusing on her own health (Picture: Redferns / Twitter @OhSineady)

Sinead O’Connor has cancelled all upcoming live performances following the death of her and musician Donal Lunny’s teenage son.

The singer has taken the decision to not perform for the rest of this year due to her continuing grief over the death of her son Shane O’Connor earlier this year aged 17.

In a statement, her management said that it was not an easy decision for the singer, but she had cancelled the performances for the sake of ‘her own health and wellbeing’.

‘We would like to respectfully announce that due to continuing grief over the tragic loss of her beloved son Shane earlier this year, Sinead O’Connor will not be performing live in 2022,’ they said in a statement.

‘This has not been an easy decision for Sinead but a decision she has had to make for her own health and wellbeing at this time.

‘We would like to extend our thanks and appreciation to Sinead’s worldwide agency ICM who have handled this with the utmost respect and dignity and have worked tirelessly.

‘We would also extend our gratitude for the continuing support and understanding of local and international promoters.

‘Thank you also to Sinead’s friends and fans whose support and understanding we hold in the highest esteem throughout this period. The love being shown has been a source of great comfort and peace for Sinead.’

All ticket holders for planned events, including the Galway International Arts Festival and Dublin’s Iveagh Gardens, will be contacted.

Sinead is grieving the loss of her son (Picture: Twitter)

Shane O’Connor died at the age of 17 in January this year.

His body was recovered in the Bray area of Wicklow after he was reported missing.

She said at the time: ‘My beautiful son, Nevi’im Nesta Ali Shane O’Connor, the very light of my life, decided to end his earthly struggle today and is now with God.

‘May he rest in peace and may no one follow his example. My baby. I love you so much. Please be at peace.’

Shane was then laid to rest with his funeral taking place a week later, while it’s believed Sinead and Donal were the only guests at Shane’s funeral per his last wishes.

MORE : Sinead O’Connor shares heartfelt message for late son Shane’s father: ‘I am so sorry for your loss’

Andrew Lloyd Webber has addressed the response to his letter (Picture: Evan Agostini/Invision/AP) Andrew Lloyd Webber is ‘devastated’ by reports of him saying his production of Cinderella was a ‘costly mistake’. The show’s last performance was held on Sunday at the Gillian Lynne Theatre in London’s West End, and a letter was read out by […]

Aideen Kennedy has died aged 43 (Picture:@Aideen_Reporter / UTV) Former UTV presenter Aideen Kennedy has died, aged 43. The popular host who regularly covered the news bulletin in Northern Ireland, revealed that she was receiving care in a Twitter post on Friday morning and died later that night. On Tuesday, she updated her 16,000 Twitter […]