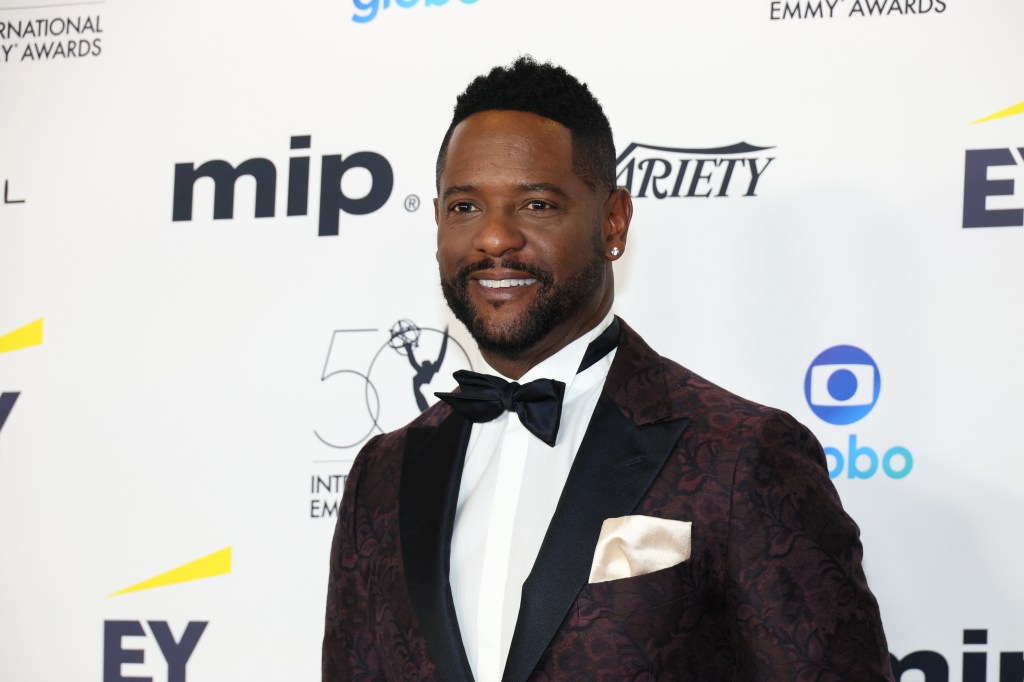 Blair Underwood is set to marry again after proposing to his longtime friend (Picture: Getty Images)

Blair Underwood has found his happy ending after announcing his engagement to a woman who has been his friend for a whopping 41 years.

The former Sex and the City actor was married to Desiree DaCosta for 27 years before sharing news of their split in May 2021.

In a turn of events, Blair, 58, casually announced he had found love again with lifetime pal Josie Hart and even popped the question.

The lovebirds made their red carpet debut last weekend at the International Emmy Awards and clearly looked like a smitten couple.

However, it was a few days before Blair took to Instagram to confirm he was indeed in a new relationship, and to reveal his partner’s identity.

‘My personal highlight was walking the red carpet with my new fiancée Josie Hart,’ the Set It Off actor said in the post.

Blair split from wife Desiree in May 2021 after 27 years of marriage (Picture: FilmMagic)

‘The most amazing, brilliant, beautiful, hilarious, thought provoking & insightful person I know who continuously lives life out-loud. The future is crazy-bright Girl! None of us ever know where God will guide our paths.’

Sharing a little insight into how far back their friendship goes, Blair added: ‘She’s had my back since before I even became an actor. When a 41 year friendship slaps you in the back of the head & blossoms into romance, you stand up, pay attention & step forward in gratitude.

It comes more than a year after Blair and ex-wife Desiree released a joint statement to announce the end of their marriage.

They said: ‘After a tremendous amount of thought, prayer & work on ourselves individually & collectively, we have come to the conclusion to end our marriage that began 27 years ago.

‘It has truly been a beautiful journey. Our proudest achievements are our three incredible children. Three souls to which God entrusted us. We continue to be awed & humbled by the blessings of parenting.

‘We have always put their best interests first & will continue to do so. We will continue to be the best of friends and co-parents and have the utmost respect for one another as we embark upon this new chapter of our lives, separately.’

They concluded: ‘We thank you all for your support throughout the years & we humbly ask for privacy & understanding during this new season of change.’

Rita Ora and Taika Waititi spilled the beans on how they met and when they became official (Picture: Shutterstock) Rita Ora, 32, has revealed how she spent her first date with New Zealand born director husband Taika Waititi, 47.  The pair reminisced over the beginning of their relationship while testing out the local delicacies during […]

This would be a much-wanted child (Picture: Getty Images) As I saw the positive sign show up on my ClearBlue pregnancy test, it should have been a happy moment.  As a mum to an 18-month-old little girl, I wanted to be filled with joy at the idea of my family growing. But all I felt […]

What is Income Tax spent on? How the government spends money

Income tax is one of the biggest ways in which the UK government raises money. (Picture: Oli Scarff/ Getty Images) Benjamin Franklin famously said that only two things in life were certain – death and taxes. Unfortunately, while that might ring true with many, discussions over taxation levels (and tax avoidance) have often left some […]