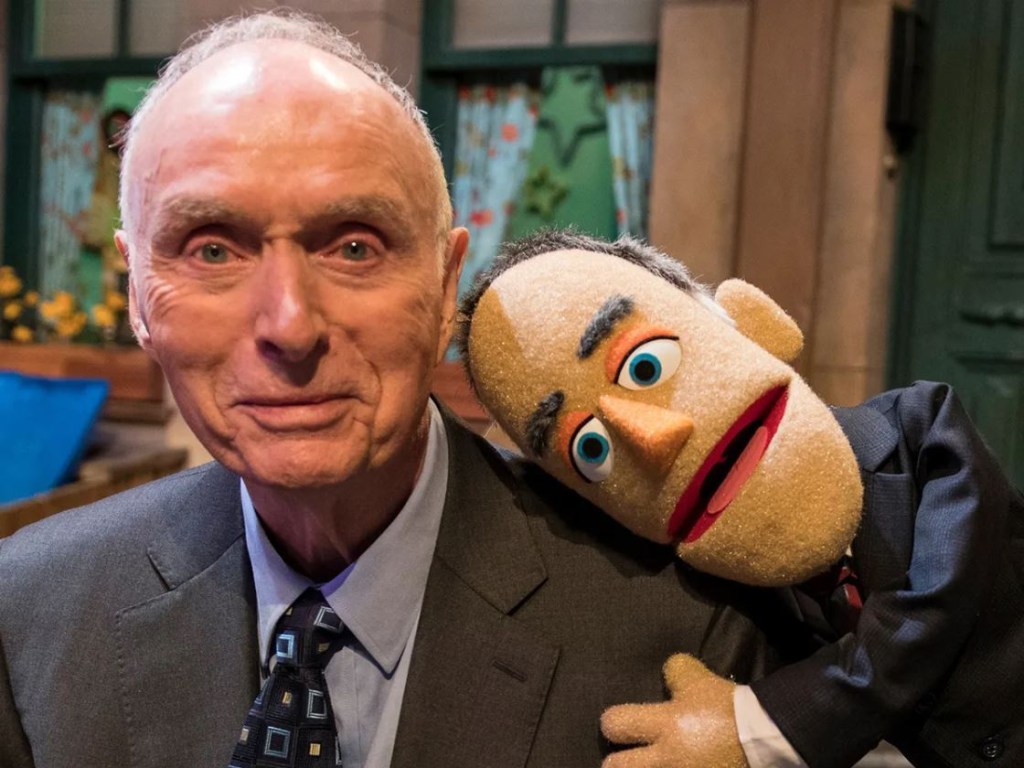 ‘‘A wise, thoughtful, and above all kind leader’ (Picture: Sesame Workshop Facebook)

Lloyd Morrisett, one of the co-founders of Sesame Street, has died at the age of 93, the TV show’s production company has announced.

The experimental psychologist conceived the educational children’s series alongside TV writer Joan Ganz Cooney and Jim Henson, the creator of the Muppets.

In a statement published by the Sesame Workshop, Morrisett was described as ‘esteemed and beloved’, as the organisation wrote: ‘A Lifetime Honorary Trustee, Lloyd leaves an outsized and indelible legacy among generations of children the world over, with Sesame Street only the most visible tribute to a lifetime of good work and lasting impact.’

‘A wise, thoughtful, and above all kind leader of the Workshop for decades, Lloyd was fascinated by the power of technology and constantly thinking about new ways it could be used to educate.’

Sharing a quote from Cooney, 93, the statement continued: ‘Joan Ganz Cooney, his co-founder and close friend, put it best. “Without Lloyd Morrisett, there would be no Sesame Street. It was he who first came up with the notion of using television to teach preschoolers basic skills, such as letters and numbers.

‘He was a trusted partner and loyal friend to me for over fifty years, and he will be sorely missed.’

He accepted the Kennedy Center Honors on behalf of the show in 2019 (Picture: MediaPunch/Backgrid)

Morrisett, a pioneer in his field for using TV to educate young children on basic skills, co-founded the Children’s Television Workshop with Cooney in 1968, which became known as Sesame Workshop from 2000.

Born in Oklahoma City, Oklahoma in 1929, he was a board member of the company until his death.

Having lived in New York City as a young child, following the Great depression, Morrisett moved with his family to California.

He received a BA in philosophy from Oberlin College in 1951, and went on to become a trustee in the college, as well as becoming chairman of the board from 1975 to 1981.

He became an Oberlin College trustee and was chairman of the board from 1975 to 1981.

Kai left one girl a little disappointed (Picture: ITV) A Love Island recoupling proved to be as dramatic as ever – but not all the contestants were left happy with who they would be sharing a bed with. After plenty of tears and arguments on Tuesday’s episode, Zara Lackenby-Brown and Tom Clare called things off, […]

David De Gea took a dig at Arsene Wenger (Photo by James Gill – Danehouse/Getty Images) Manchester United star has referred to Arsene Wenger as ‘that guy from Arsenal’ and says there’s no comparison between the Frenchman and Sir Alex Ferguson. The Red Devils take on the table-topping Gunners today as they look to reduce […]

US to send tanks to Ukraine in major blow for Putin