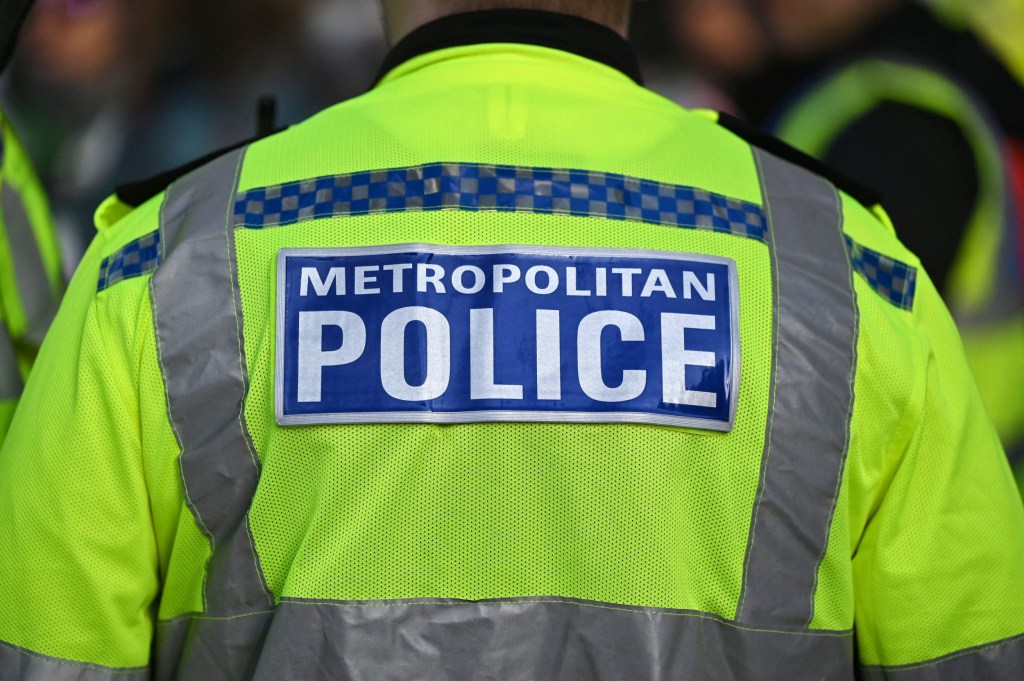 PC Hussain Chehab, 22, worked as a Safer Schools officer while committing some offences he admitted to (Picture: AFP via Getty Images)

A serving Met officer is facing jail after pleading guilty to child sexual offences – including four counts of sexual activity with a teenager.

PC Hussain Chehab, 22, was arrested when the family of a 16-year-old told police she had ‘been in a relationship’ with him, which they believed began in 2019 when she was 15.

He had joined the Met in March 2020 and was attached to the North Area Command Unit.

The force say a review of information provided prior to him joining has been carried out and ‘nothing was found that could have indicated his offending’.

A number of indecent images were found on Chehab’s devices after he was taken into custody on 24 August, 2021.

Some of the image offences were committed when he worked as a Safer Schools officer, attached to a secondary school in Enfield from May 2021.

The cop had been placed on restricted duties in a non-public-facing role following his initial arrest, but was suspended from duty when he was further arrested on 28 October.

Messages between Chehab and a 14-year-old girl engaging in sexual communication were later discovered and she provided evidence that they had entered into a sexual relationship in 2019 when she was just 14.

Following an investigation by Specialist Crime detectives, he was charged in September 2022.

On Tuesday, Chehab pleaded guilty at Wood Green Crown Court to four counts of sexual activity with a girl aged 13-15 between 1 March 2019 and September 2019.

He also admitted three counts of making indecent photographs of a child and one count of engaging in sexual communication with a child.

No verdict was recorded in a further four counts of making indecent photographs of a child and the judge ordered they be left to lie on file.

Chehab has been released on bail for sentencing at the same court on Friday, 17 March.

Meanwhile, an accelerated misconduct process ‘has been initiated and will be held as quickly as possible’.

The guilty plea comes as the Met struggles to retain public confidence – with officer David Carrick recently found to be one of the worst sex offenders in modern history.

The force has named Chehab’s crimes ‘sickening’ and say their thoughts ‘are with the young girls who he exploited and took advantage of for his own sexual gratification’.

Detective Chief Superintendent Caroline Haines, lead for policing in Enfield where PC Chehab served, has admitted the news may damage faith in the Met further.

But she said officers ‘continue to ruthlessly target those who corrupt our identity’.

‘Once the initial allegations against PC Chehab were made, he was immediately removed from his role while the investigation took place’, she said.

‘We have worked closely with the school concerned, and Enfield local authority, to ensure that there were no further unreported …read more

Bioengineers manage to grow skin in the shape of hands

What is the meaning behind Delilah and why has the song been banned at Welsh rugby matches?

Wales’ head coach Warren Gatland (L) and Wales’ captain Ken Owens have been on hand to launch the Six Nations as Wales’ fans are asked to stop singing Delilah (Picture: BEN STANSALL/AFP via Getty Images) Say the name ‘Delilah’ in conversation and there’s a strong chance someone will break out into a rousing rendition of […]