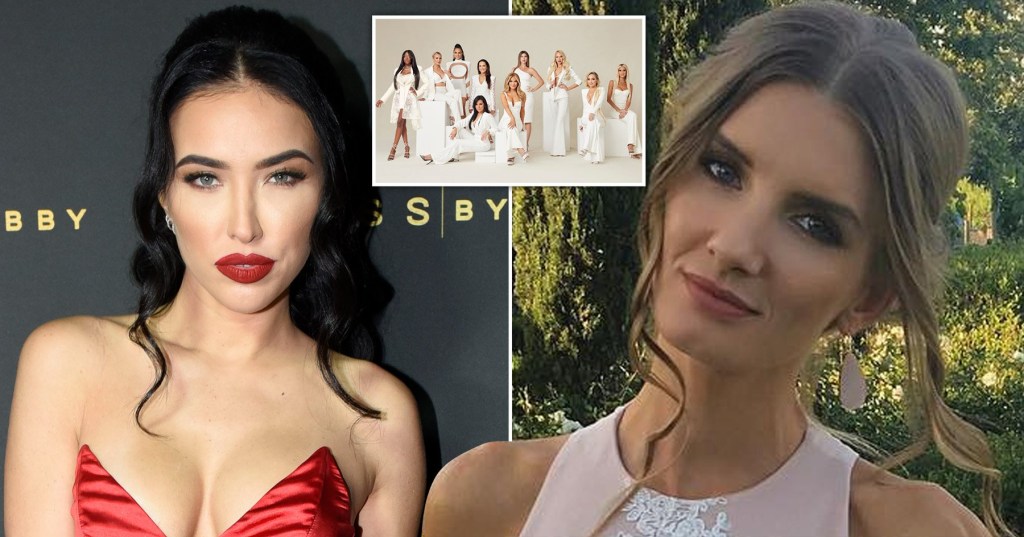 It’s all change in the Oppenheim Group offices as Nicole Young and Bre Tiesi have joined the Selling Sunset cast.

Season five of the hit Netflix reality show ended with question marks over who would be appearing on the next series, after Christine Quinn left to start her own company.

It has now been confirmed that Bre and Nicole will be joining in the chaos, with the latter already a longtime member of the company.

Taking to Instagram, the newbie shared a screenshot of an article about her casting with followers.

She wrote beside the upload: ‘The cat’s out of the bag ya’ll! I’m so excited to be joining the cast and my longtime friends and @theoppenheimgroup coworkers on Selling Sunset!!! Let’s do this! @netflix #sellingsunset.’

Her colleagues and new co-stars were among the first to celebrate the news in the comments section below.

The Oppenheim Group is getting bigger (Picture: Netflix)

As Christine and Davina Potratz replied with string of applause emoji.

A release date for Selling Sunset season six has not yet been announced, which means we’ll be binge-watching old episodes until then…

Nicole lifted the lid on what led her to finally join the cast, having worked with the stars for so long, and admitted that she was originally slated to appear in the first season.

‘Honestly, at the time, I just got cold feet right before they were going to start filming. I just wasn’t ready to expose my entire life, and even more so, my clients and business — which I’m very protective of — to the entire world,’ she told People Magazine.

‘I’ve grown personally and professionally a lot. At the end of the day, it’s an incredible opportunity and a rise-to-the-occasion kind of moment.’

The real estate agent also admitted that she had already reached out to Mary Fitzgerald for advice before the cameras started rolling on her debut season – with her pal simply encouraging her to be herself.

Bre, who recently welcomed a baby with Nick Cannon, also shed light on what drew her to joining the show after carving out a modelling career.

‘I wanted to transition out of modeling and start setting myself up for a long-term career,’ she told the publication. ‘I started taking it more seriously and tapping into my network, and that’s when I started making some high-figure sales.

She added that Legendary could make a cameo at some point, and we need a Christine and Christian playdate immediately.

However, as Christine is not part …read more

Fans are already loving the dynamic between Jennifer and Bruce (Picture: Marvel Studios/Disney Plus) A new look at upcoming Marvel series She-Hulk has been released… and after all the flack the show’s CGI previously received, fans are now overjoyed by the green, mean visual effects. The nine-episode superhero comedy is set to introduce Orphan Black […]