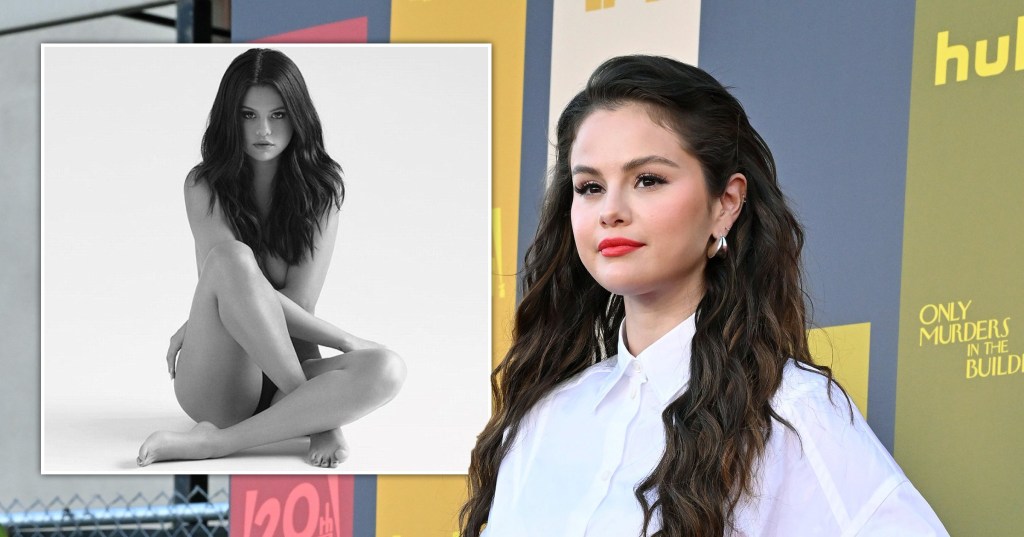 Selena Gomez fans may be shocked to learn that the singer isn’t a fan of her famous Revival album cover, which sees her posing nude.

The former Disney star released the album in 2015 and the artwork features a black and white image of her sitting on the floor, cross-legged while completely naked and using only her hands to protect her modesty.

At the time, it was seen as a move to separate Selena, 29, from her teeny-bop days into adulthood but she now reflects on it as being a decision she regrets.

During a new roundtable, Selena’s Only Murders In The Building season two co-star Amy Schumer, said: ‘Someone like Selena, who was sexualised at such a young age, but you’ve just rejected that and have really found your own style and your own presence.

‘Because I know they put you through a system and make you feel like this is how you have to do it.’

Selena then responded during the Hollywood Reporter interview: ‘It’s really unfair. I actually did an album cover and I was really ashamed after I did it.

Selena went nude for the cover of her 2015 album Revival (Picture: Interscope Records)

The actress said posing naked was a choice she ‘wasn’t necessarily happy’ she made (Picture: Getty Images)

‘I had to work through those feelings because I realised it was attached to something deeper that was going on.

‘It was a choice that I wasn’t necessarily happy that I made, but I think that I’ve done my best, at least I try to be myself.’

The former Wizards of Waverly Place actress explained that while she’s ‘not an overly sexual person’, she does like to ‘feel sexy’ sometimes and that ‘doesn’t mean it’s for somebody else’.

Selena added: ‘Now I understand that there are certain boundaries that I need to set for myself, and I respect and adore so many people, but I’ve got to do what’s best for me.’

Selena opened up to her Only Murders In The Building co-star Amy Schumer (Picture: WireImage)

Earlier this year, the Hands To Myself singer was forced to hit back at body shamers who commented on her weight.

Defending herself in a TikTok video, she said: ‘I’ve been trying to stay skinny, but I went to Jack In The Box and I got four tacos, three egg rolls, onion rings and a spicy chicken sandwich.

‘Honestly I don’t care about my weight because people b*** about it anyway.’

Doing a mocking impression of those who comment on her looks, Selena went on: ‘You’re too small, you’re too big, that doesn’t fit, meh-meh-meh-meh!’

Strictly is reportedly looking to sign up a Radio 2 name (Picture: BBC) Strictly Come Dancing is reportedly interested in signing up Radio 2 Breakfast favourite Richie Anderson, who is often found on Zoe Ball’s morning show.  Strictly is already fast approaching for its 2022 series, which will be its 20th outing on-screen. Of course, […]

Aideen Kennedy has died aged 43 (Picture:@Aideen_Reporter / UTV) Former UTV presenter Aideen Kennedy has died, aged 43. The popular host who regularly covered the news bulletin in Northern Ireland, revealed that she was receiving care in a Twitter post on Friday morning and died later that night. On Tuesday, she updated her 16,000 Twitter […]