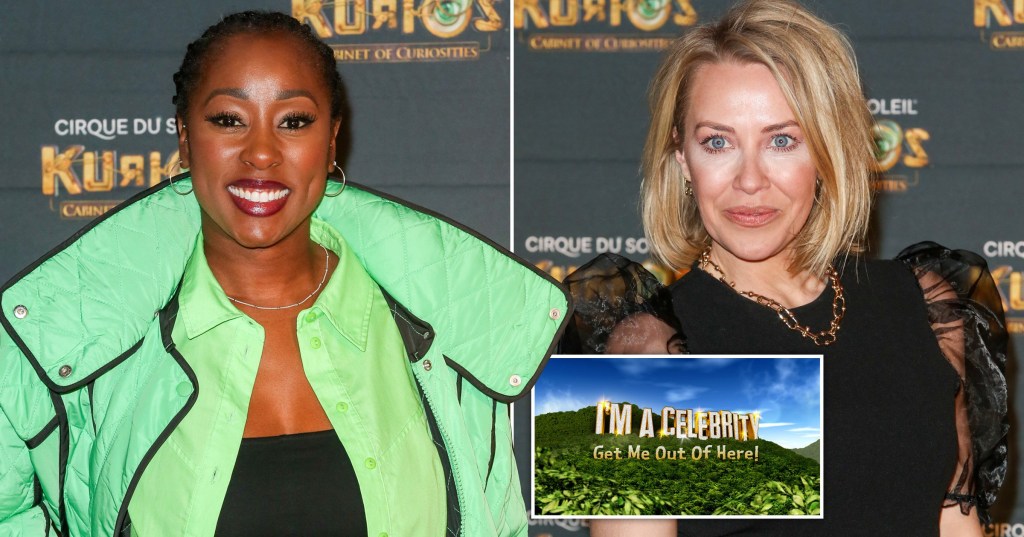 Scarlette would love to see her former co-star head to the jungle (Picture: Getty/ITV)

Scarlette Douglas is rooting for her A Place In Sun co-star Laura Hamilton after taking an interest in this year’s I’m A Celebrity…Get Me Out of Here.

Following her stint in the jungle, Scarlette has secured a presenting gig on Good Morning Britain over the Christmas holidays, and hosted the National Lottery.

Presenter Laura, 40, recently told us that she is someone ‘always up’ for a challenge, and Scarlette believes she would be the perfect contestant for this year’s series.

‘I think she would be brilliant on it,’ she told Metro.co.uk.

‘Laura is literally a machine, she’s one of those women that you do not mess with.’

Singing her co-star’s praises further, she added: ‘She is a powerful woman, she would take on the trials, help with the cooking. I couldn’t imagine anyone on the Place in The sun line-up not doing good, but I know Leah Charles-King would hate it.’

Scarlette – who has recently collaborated with easyJet Holidays to help combat the January Blues to launch the ‘Beach-in-a-Box’ kit – also lifted the lid on how things are with her former I’m A Celeb co-stars.

Scarlette is helping to banish the January blues in her latest campaign (Picture: PA)

‘I messaged everybody a couple of days ago being like “hey guys I miss you,”…. pure air time,’ she said.

‘Not a single reply from anyone. I message everyone separately as well, but I’m like “hello.”

‘When we were in the jungle everybody was like “family and friends forever,” and then no one is replying to me,’ she added.

We hope everyone reunites real soon!

The limited edition ‘Beach in a Box’ kit is available for just £19.99 from www.easyjet.com/en/holidays/campaigns/beach-in-a-box – but the cost is discounted from any future holiday booking with the operator.

Matteo Guendouzi reached the World Cup final with France last year (Picture: Getty Images) West Ham have joined Aston Villa in pursuing former Arsenal midfielder Matteo Guendouzi, although a deal is unlikely before the end of the current transfer window. The Frenchman arrived at Arsenal as an unknown quantity from Lorient in 2018 and breifly […]

Kamaldeen Sulemana only joined Rennes 18 months ago (Photo: Getty) Southampton have reportedly agreed to sign Kamaldeen Sulemana from Rennes for a club record £22million plus bonuses. If the deadline day transfer is completed he will become the most expensive player in the Saints’ history, surpassing the £20m they paid Liverpool for Danny Ings back […]