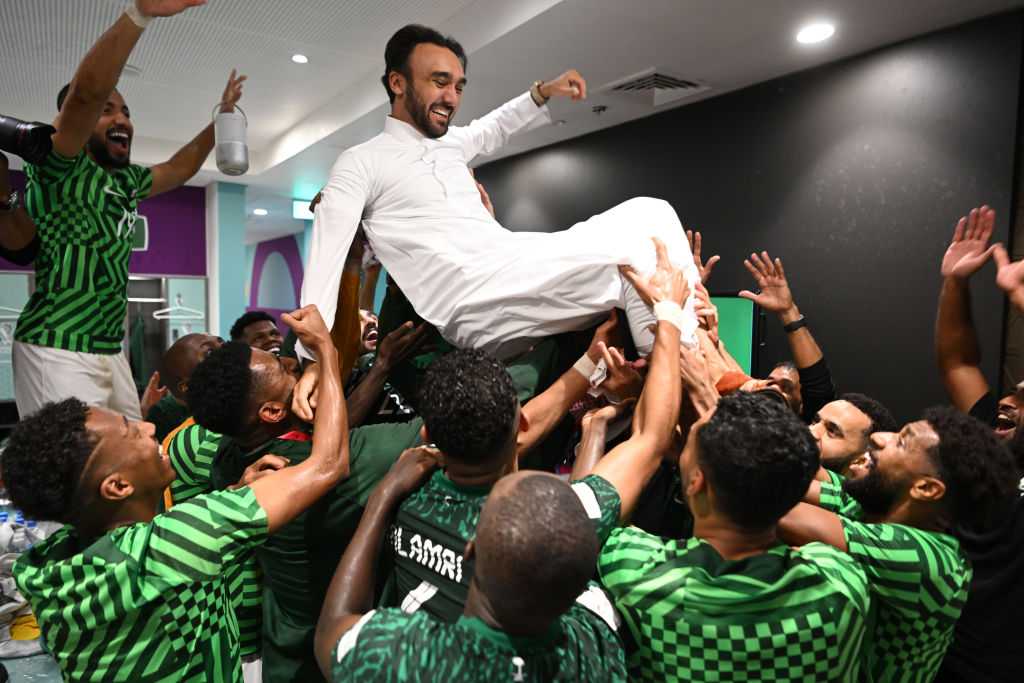 Saudi Arabia’s sports minister has described the possibility of owning Manchester United as a ‘good opportunity’.

The Gulf state’s private investment firm (PIF) shook up the world of football just over 12 months ago when they purchased Newcastle United from Mike Ashley and instantly turned the sleeping Premier League giants into the world’s richest football club.

Prince Abdulaziz bin Turki al-Faisal insists the PIF will continue to focus its attention on Eddie Howe’s upwardly mobile club and ruled out the prospect of it purchasing the Red Devils, but admitted the prospect of a private Saudi investor taking over from the Glazer family was a possibility.

Prince Abdulaziz told The Times: ‘The PIF just invested in Newcastle and I think we are focusing as a PIF on that. If there is a private investor that wants to come in, why not?

‘I think it is a good opportunity and if the numbers add up and we can all benefit from that from a business perspective, why not. If there really is an opportunity that benefits us I would encourage the private sector to do so.

‘Newcastle as a club is benefiting from this purchase and I think Manchester United or any other club would look at these opportunities.’

The Glazers put United up for sale earlier this week after 17 tumultuous years at the helm and are valuing the club at around £5.8 billion.

British businessman and life-long United fan, Sir Jim Ratcliffe, is expected to make a bid having already conducted a feasibility study, while reports on Thursday claimed Apple are considering entering the running, as well as Zara founder Amancio Ortega who is among the 20 richest men on the planet.

Asked why he felt the time was right to stand aside and seek fresh investment, Avram Glazer told Sky News yesterday: ‘As we announced yesterday, the board went through a process and it has decided it has going to look at different strategic alternatives and that’s what we’re doing.

Whoever inherits United from the Glazer, they will no longer be able to benefit from the significant commercial interest generated by Cristiano Ronaldo’s presence after his contract was terminated earlier this week following his controversial interview with Piers Morgan.

The 37-year-old refused to address his future following Portugal’s World Cup win over Ghana last night but has been linked with a move to Saudi club Al-Nassr in January.

‘Who wouldn’t want Ronaldo to come and play in their league?; Prince Abdulaziz said.

What is a recession and when was the last UK one?

When does Spotify Wrapped 2022 come out?

Spotify Wrapped is one of the service’s most anticipated offerings (Picture: Reuters) Over the last few years, Spotify has given its listeners an exciting pre-Christmas treat in the form of its annual ‘Wrapped’ round-up. Spotify Wrapped – one of the many great features from the streaming giants – offers users a retrospective round-up of their listening […]

Keke Palmer first hit our screens in 2004 (Picture: Evan Agostini / Invision/AP) Keke Palmer has revealed she felt ‘trapped’ as a child actor on Nickelodeon. The star, 29, made her acting debut in 2004 in comedy film Barbershop 2: Back in Business, but she broke into the mainstream thanks to her roles in Nickelodeon […]