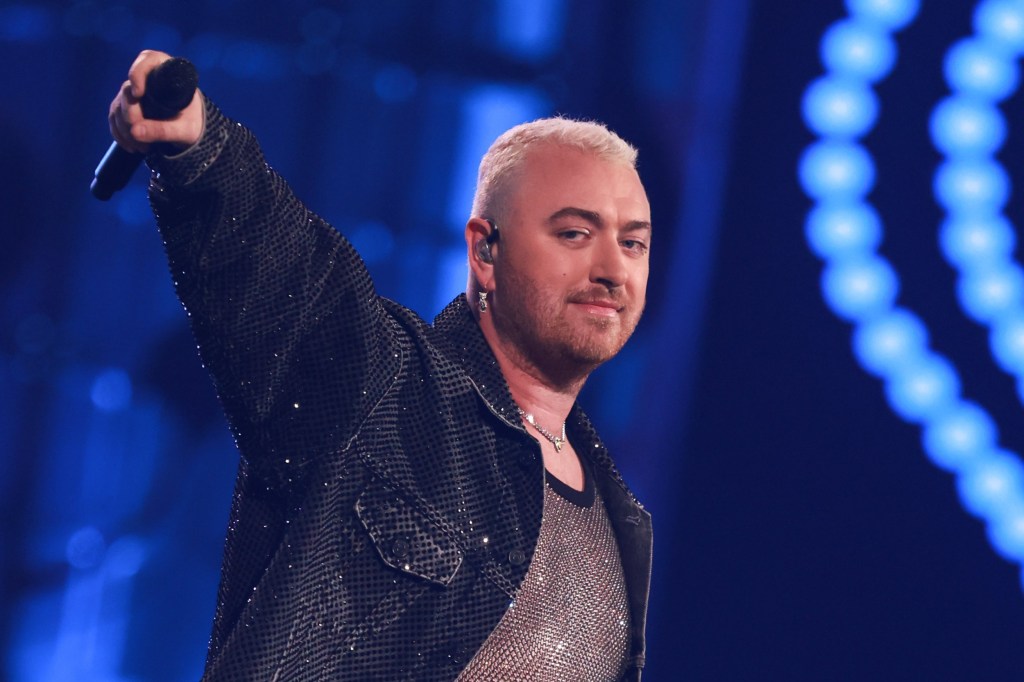 Sam Smith is loving life and feeling comfortable in their own skin after growing up avoiding putting their figure on display.

The 30-year-old singer has grown to embrace their body and move on from society’s focus on toned stars like Justin Bieber, reflecting on their childhood fear of taking their top off at the pool in front of other people having battled weight issues at school.

Speaking to the Sunday Times, Sam explained: ‘Within my industry there is definitely that question of, “What should a pop star look like?” When I was 25 I came off tour exhausted.

‘I looked to role models in the body world. Every time I went to the pool I felt self-conscious, but I forced myself to take my top off. It paid off because I now have the opposite of body dysmorphia.

‘I look fabulous. I’m finally getting a tan. I’m burnt in places I’ve never been burnt.’

There’s been a shift in Sam’s whole outlook and that looks to be apparent on their new album Gloria, which drops on Friday (January 27) and is considered by Sam to be the most authentic record they have done to date.

Sam has ‘the opposite of body dysmorphia’ (Picture: Paras Griffin/Getty Images for iHeartRadio)

‘I’ve always been authentic,’ they clarified. ‘I just think asking a 24-year-old to be their 100 per cent self in front of 20,000 people was never going to happen. I showed 70 per cent of who I was then and a lot of that has to do with me being gay.

‘As I got older, though, I realised there’s no shame. I wasn’t being inauthentic — you just keep some things to yourself until you’re ready.’

The newfound freedom is reflected in their lyrics, with Sam thriving on singing about feelings of joy on the new collection.

‘Writing sad songs used to be easy, while leaning into joy was tough. I’m happier in my own skin on Gloria. I feel liberated, released from pressures I felt when I was young,’ they said.

Pondering what change, Sam added: ‘My mum says that, as I’ve got older, I’ve stopped caring what people think as much. She tends to be right.’

MORE : Sam Smith is frustrated no women are nominated for best artist award at Brits 2023

Paris Hilton welcomed a little boy via IVF with her husband Carter (Picture: WireImage) Paris Hilton and husband Carter Reum announced they were kicking off 2023 with new titles – mum and dad.  The 41-year-old media personality and her entrepreneur beau, 41, appeared to have welcomed a baby via surrogate on Tuesday following an Instagram […]

Arsenal ended up signing Leandro Trossard after missing out on Mykhailo Mudryk (Picture: Getty) Ian Wright has defended Mykhailo Mudryk’s decision to join Chelsea and is delighted with the way Arsenal reacted to missing out on their No.1 January transfer target. The Ukraine international spent much of January openly flirting with the idea of a […]

West London flat on market for £1,200 a month and the oven is practically under the bed

This Kensington studio flat may be tricky to cook in (Picture: openrent.co.uk) If you’ve got a generous budget of £1,200pcm to spend on rent, you may find yourself a little disappointed if you’re looking in West London. Flabbergasted may be more appropriate actually, because in Kensington that price will get you a room with an […]