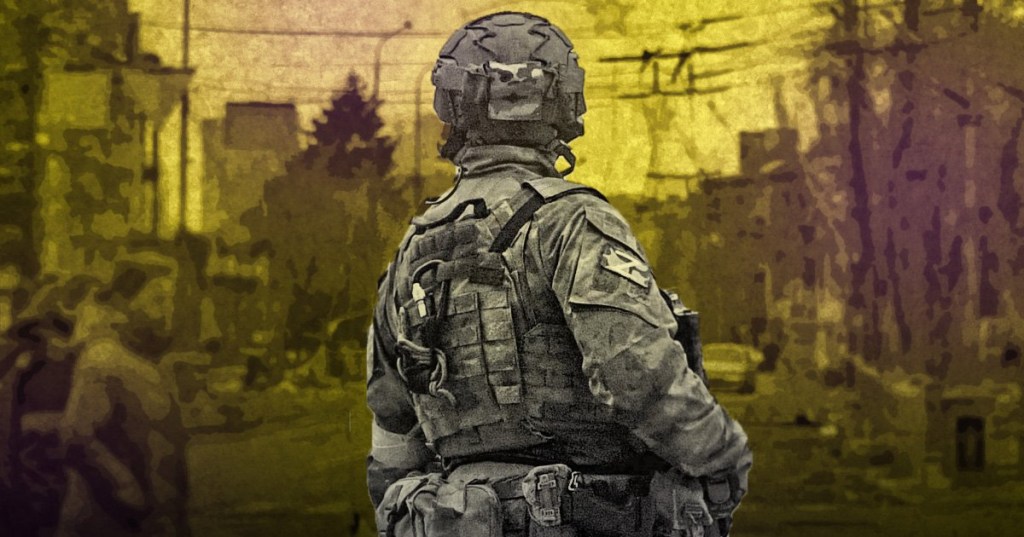 Activists do not believe the rapes in Ukraine are ‘random, opportunistic acts’ (Pictures: Getty/Reuters)

Troops in Ukraine have been using rape as a weapon to terrorise Ukrainian communities, sexual violence activists have said.

Since Vladimir Putin invaded on February 24, multiple reports have come out about his troops allegedly assaulting women, men, the elderly and even children.

Experts have now told Metro.co.uk these rapes are not ‘randomised, individual, opportunistic acts’ but part of a Russian ‘strategy of terror to instil fear’ instead.

Katrien Coppens is the executive director of the Mukwege Foundation – a group advocating for the rights of victims of sexual violence in conflict.

She, along with colleagues from her partner organisation the Global Survivors Fund (GSF), were invited to Ukraine in the last week of April.

They spoke to survivors, local authorities and charities on the ground before concluding there is ‘at least a clear indication, if not evidence, that the Russian hierarchy is not only failing to act [on the rape of Ukrainians] but supporting it’.

Both Katrien and the GSF’s Esther Dingemans described rapes being committed in public – often a common indicator that the assault is designed to scare and traumatise the victim’s family members and wider community as well.

Women and girls said they would hide and sleep in forests when Russian soldiers came to their towns (Picture: Reuters)

The Global Survivors Fund and the Mukwege Foundation spent a week with local activists in Ukraine (Picture: GSF/Mukwege)

Esther said: ‘At that moment, the perpetrators want to cause as much harm as possible, like with another weapon – with a nuclear weapon you use it because it creates a huge impact.’

Women also said they were subject to repeated sexual abuse for prolonged periods of time – usually for the entire duration of a Russian occupation.

Katrien said: ‘There are stories of Russian soldiers going from door-to-door to look for girls and women in occupied areas. In those areas, women and girls often sleep in the forests to hide.’

Both young girls and boys have allegedly been victims too. Katrien and Esther were told about a girl as young as nine being raped.

Elsewhere, a Russian soldier has been arrested for allegedly raping a baby, while a 14-year-old girl who was raped by five men in Bucha is now pregnant.

Many of the stories the activists heard were about gang rapes – ‘several perpetrators, one after the other on the same day’.

What makes rape a weapon?

Legally and academically, sexual violence is considered to be a weapon of war when it can be proven there is an intention to use it as a military strategy and when their have been instructions given by the higher-ups in the armed forces.

Katrien, Esther and several other activists argue the sexual violence in Ukraine meets these standards.

The four men were arrested the day after Henham’s body had been discovered (Picture: PA) Four men have been jailed for life for murdering a ‘gentle and peaceful’ student at a New Year’s Eve party by viciously beating him unconscious and then throwing his body over a balcony. Billy Henham, 24, was last seen on […]

The awkward moment Ryan Reynolds and Rob McElhenney celebrated Wrexham’s offside goal… (Picture: BT SportTwitter) Ryan Reynolds and Rob McElhenney were hoping for a perfect Hollywood ending for Wrexham at Wembley on Sunday, after going wild to celebrate their team’s goal… which was later declared offside. The actors, who own the club after buying it […]

Ronela Hajati knows how to put on a show (Picture: AP) The Eurovision 2022 semi-finals got off to a raunchy start thanks to Albania’s Ronela Hajati and her hip-popping twerking performance.  All the action kicked off on Tuesday night with Rylan Clark and BBC Radio presenter Scott Mills doing the honours of hosting the show […]