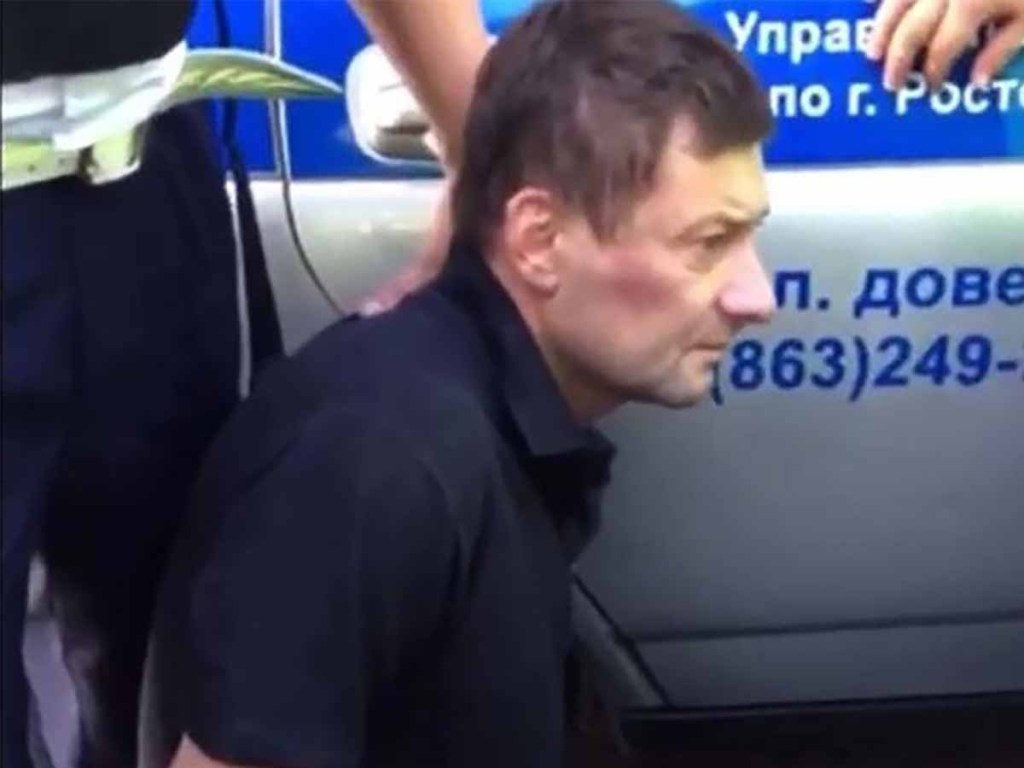 Sergei Kadatsky shot at his ex-wife, her dad and then at the police before being arrested (Picture: East2West)

Vladimir Putin freed a convicted murderer who shot his wife in a moving car so he could fight for Russia in the Ukraine war.

Sergei Kadatsky killed Yulia, 36, and grievously wounded her dad, Vladimir Svitsov, before firing at police in 2017.

The 41-year-old, who was a police officer at the time, was jailed for 15 years but had his sentence cut short when the war broke out.

He fought for the Wagner Group – a private army run by close Putin crony Yevgeny Prigozhin, who has become a billionaire from his close links to the president.

The mercenary force was reportedly seeking inmates with proven shooting abilities and Kadatsky made the cut for his marksman skills.

But he has now been killed on the battlefield, with the head of Putin’s annexed territory in Luhansk, Leonid Pasechnik, saying it was a ‘heroic death’.

Mum Yulia Kadatsky was in a car with her dad when she was killed by her ex-husband (Picture: East2West)

Sergei Kadatsky, 41, was jailed for 15 years after a court found him guilty of murder (Picture: East2West)

His horrific crimes came after Kadatsky lost a custody battle with Yulia.

The mum-of-one was in a car with her dad when Kadatsky used a hunting rifle with special optical sights to shoot at them.

After the car came to a halt, Kadatsky fired a pistol at the pair.

Yulia died on the spot and Vladimir had to get his left arm and shoulder amputated.

Kadatsky claimed he killed her in a ‘crime of passion’ but a court ruled it was cold-blooded murder.

It’s believed up to 35,000 prison inmates have been freed to fight for Putin – possibly the biggest mass release of prisoners in history.

Among them are believed to be hundreds of murderers like Kadatsky.

Those who survive for six months have their remaining sentences wiped clean by Putin.

Atomic Kitten’s Natasha Hamilton and Liz McClarnon wore rainbow armbands (Picture: Rex) Atomic Kitten have shown their support for the LGBT community by wearing rainbow armbands during their World Cup performance in Croydon. It comes after footballers including Harry Kane were told they would be booked if they wore the One Love armband during matches in […]

The sudden change in rules meant Welsh charity Gol Cymru couldn’t party as planned (Picture: Rex) Welsh footy fans were forced to cancel their World Cup party at the last minute after Qatari authorities banned the sale of alcohol. Gol Cymru, a charity helping underprivileged children, was hoping to host a get-together ahead of Wales’ […]

To view this video please enable JavaScript, and consider upgrading to a web browser that supports HTML5 video A 24 Hours in Police Custody driver was jailed after chasing two would-be burglars and crashing into their motorbikes. Monday night’s episode of the Channel 4 documentary saw officers called to the scene after Adam White, 34, […]