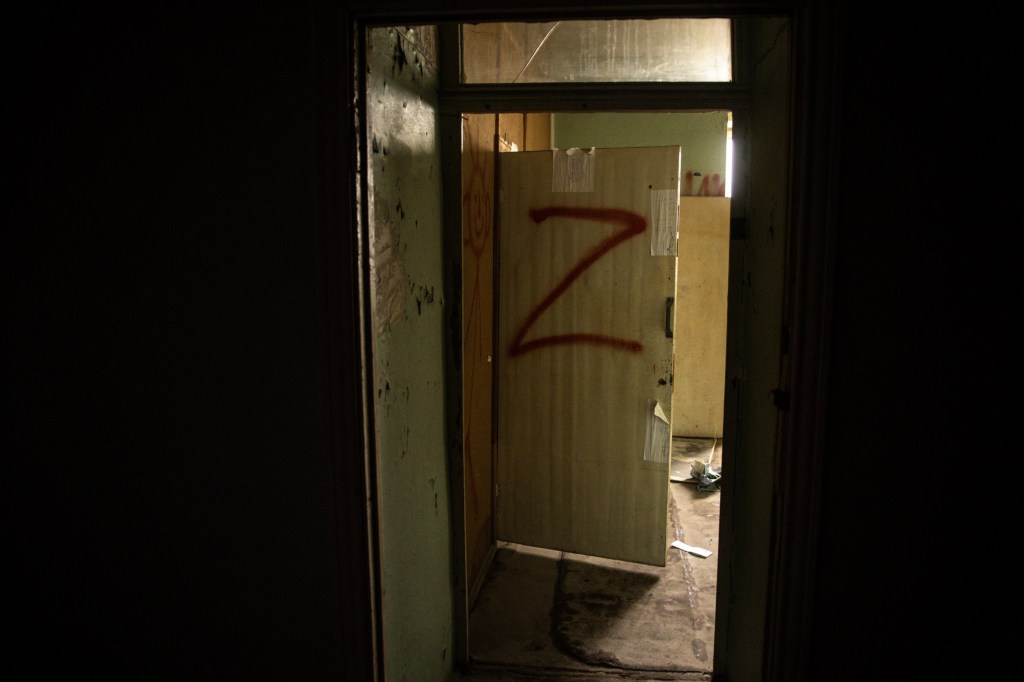 The Russian forces ‘Z’ logo is seen painted on a wall in a room of the cultural center that was used as a base by Russian forces during their occupation (Picture: Getty)

The Russian forces ‘Z’ logo is seen painted on a wall in a room of the cultural center that was used as a base by Russian forces during their occupation (Picture: Getty)

Russian generals not only knew rape was being used as a weapon in Ukraine but in some cases ‘encouraged or even ordered it’, according to a lawyer assisting Kyiv’s war crimes investigations.

Wayne Jordash KC told Reuters that inquiries in the capital Kyiv show that some of the sexual violence involved a level of organisation that ‘speaks to planning on a more systematic level’.

The previously unreported findings are part of patterns of alleged sexual violence that are emerging as Russia’s war in Ukraine enters its ninth month.

Mr Jordash, who is part of a Western-backed team that provides legal expertise to Ukraine, said it was too early to conclude how widespread the practice was because investigations in recently-recaptured areas of the northeast and south are at an earlier stage.

However, the patterns suggest that sexual violence ‘maybe even more frequent’ in territories that were occupied for longer periods, he added, without providing evidence.

Reuters interviewed more than twenty people who worked with alleged victims – including police, doctors, and lawyers – as well as an alleged rape victim and family members of another.

They shared accounts of alleged sexual violence by Russian troops that occurred in various parts of Ukraine.

Many included allegations of family members being forced to watch or multiple soldiers participating, or acts being conducted at gunpoint.

Some of the circumstances – including family members witnessing rape – feature in alleged attacks by Russians documented by a United Nations-mandated investigation body in a report published last month, which said victims ranged in age from four to over 80.

In northern Ukraine’s Chernihiv region, a soldier in Russia’s 80th tank regiment in March repeatedly sexually abused a girl and threatened to kill family members, according to a Chernihiv district court ruling.

The court this month found 31-year old Ruslan Kuliyev and another Russian soldier under his command guilty of war crimes in absentia for assault on locals, the ruling said.

Kuliyev, who the court said was a senior lieutenant, and the other soldier couldn’t be reached for comment.

Rape can constitute a war crime under the Geneva Conventions that establish international legal standards for conduct of armed conflicts.

Widespread or systematic sexual violence could amount to crimes against humanity, which are generally seen as more serious, legal specialists said.

The Kremlin, which has said it is conducting a ‘special military operation’ in Ukraine, has denied committing war crimes or targeting civilians.

In reply to Reuters questions about alleged sexual violence by the Russian military in Ukraine, including whether commanders were aware and whether it was systematic, the Kremlin’s press service said it denies ‘such allegations’.

The couple were at the event to receive an award for George (Picture: AP) George Clooney has proven he is, as ever, the most doting husband to wife Amal, as he stopped on the red carpet of the 45th annual Kennedy Center Honors to help her showcase her stunning dress. The couple were attending the […]