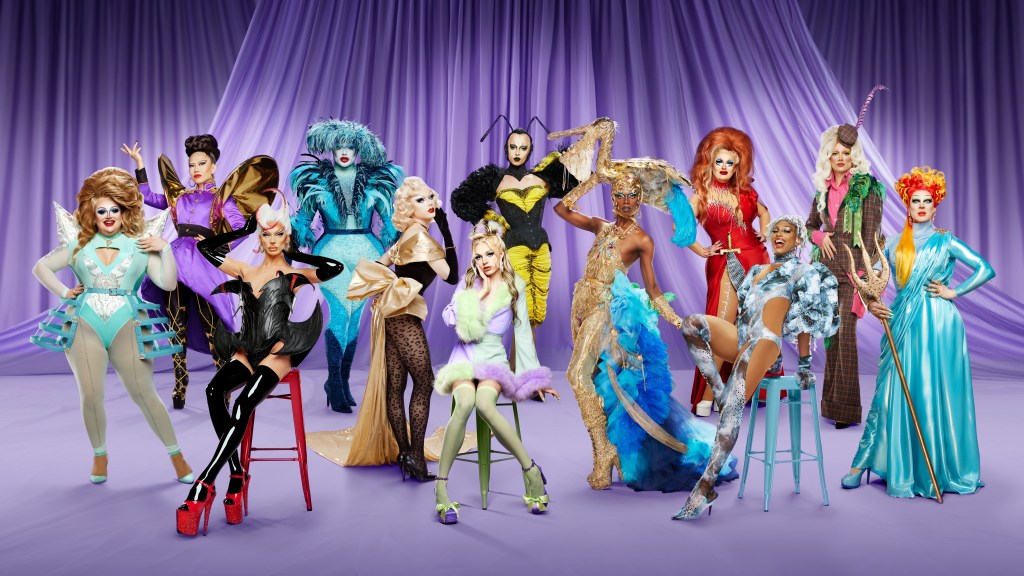 The winner of the fourth season of Drag Race UK has been announced (Picture: BBC/World of Wonder/Guy Levy)

The winner of the fourth season of RuPaul’s Drag Race UK has been announced, and the title has been taken by Danny Beard.

In a nail-biting finale, the queen from Liverpool was crowned the next Drag Race Superstar.

The star-real name Daniel Curtis- beat out other drag queens Jonbers Blonde, Cheddar Gorgeous and Black Peppa in the finale, which saw the foursome given one last final challenge.

They not only had to write and record their own lyrics, but also learn choreography for the song the Drag Race UK MegaMix.

Combining four RuPaul hits, the song is now also available to download, with proceeds to go to Comic Relief and Children in Need.

After they left the runway, the three previous winners of Drag Race UK, The Vivienne, Lawrence Chaney and Krystal Versace were waiting in the werk room (on gold thrones of course) ready to share their wisdom.

Danny Beard has won the fourth season of the show (Picture: BBC)

When the moment came to announce the winner, Danny and Cheddar were announced as the top two.

But it came down to one last Lip Sync, with This is My Life by Dame Shirley Bassey the final hurdle.

Speaking following her win, Danny said at first asked Ru if there was a receipt for the scepter.

‘Thank you for believing in me. I’ve had the wildest dream here meeting the most amazing people,’ she said.

‘I never thought anyone who did drag like me could be a Ru girl, so this is for all the others out there.’

‘I can’t wait to let the world know what Danny Beard is all about.’

While 12 queens initially entered the werk room only one could be victorious, and after a season of fabulous fashion, unique challenges and emotional moments, it was anybody’s game.

The final part of the competition put the queens through their paces but despite the pressure, they were all there to support each other and spoke at length about the progress everyone had made throughout the season.

Ru also presented a photo of each queen as a child and asked them to impart some advice to their younger selves, which lead to plenty of tears as they reflected on how far they had come.

When dishing out their comments, Michelle told Danny that she was ‘full of personality and life’ and called her a ‘genius’.
‘My god you are funny. But what I didn’t expect were all the looks,’ Graham said.
‘When you’re on stage eyes are drawn to you and that is something you can’t learn, it is something you learn how to use,’ Graham said.
For those watching along at home, they couldn’t contain their excitement as they found out who had won.

Camilla arrived by taxi to attend a special teddy bears picnic at Barnardo’s Nursery in Bow, east London (Picture: PA) Queen Camilla’s all-female support team has been announced by Buckingham Palace. The King’s wife, 75, will have six companions in addition to her private secretary and deputy private secretary, but they will not be traditional […]

A Place In The Sun star Jonnie Irwin fears kids ‘won’t remember’ him after death: ‘There’s no chance’

Jonnie Irwin recently revealed he has been diagnosed with terminal cancer (Picture: Channel 4 / fftv) A Place In The Sun presenter Jonnie Irwin has shared his heartbreak that he likely won’t get to see his children grow up as he faces terminal cancer.  The TV star, 49, announced earlier this month that he could […]