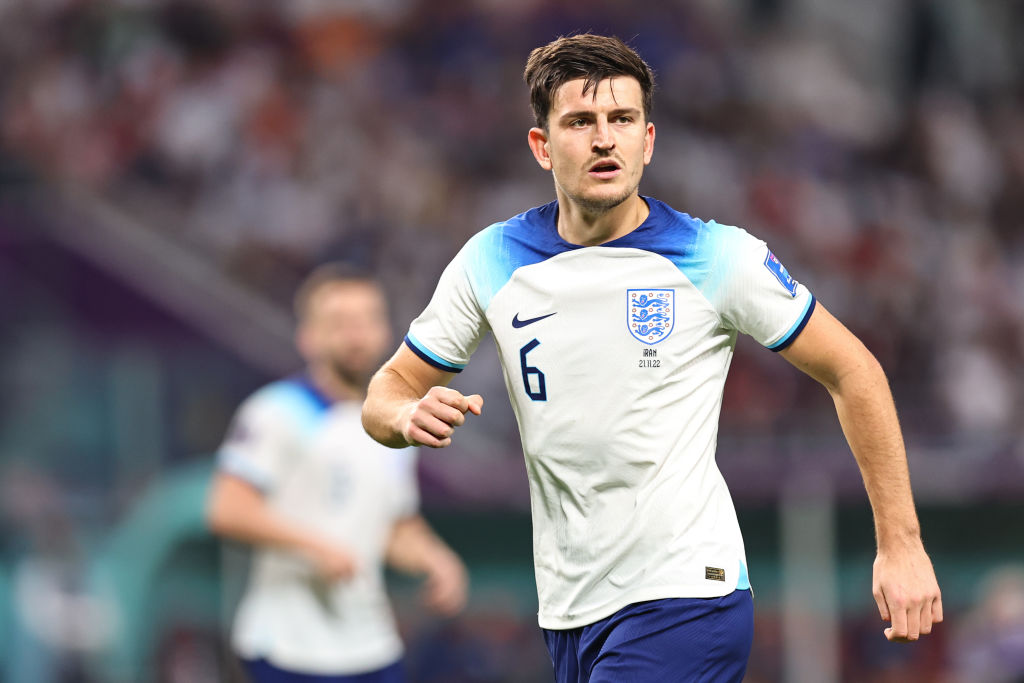 Harry Maguire starts for England again in the clash with USA on Friday (Picture: Getty Images)

Roy Keane feels Harry Maguire will always be something of a concern for England because he is ‘slow on the turn’ and ‘will get caught in behind.’

Maguire started England’s first game of the World Cup and largely played well in a 6-2 win over Iran in Qatar, however, he was caught out for the first goal the Three Lions conceded as Mehdi Taremi out-manoeuvred him to fire past Jordan Pickford.

The Manchester United centre-back was substituted soon after, suffering with blurred vision which had seemingly started before the goal, but it was still a concerning moment for England’s defence.

Keane feels Maguire is always susceptible to something similar, and although he regularly plays well for England, it is a weakness that opponents will target.

‘It’s always there isn’t it, with Maguire. As well as he’s done at tournaments for England,’ Keane said on ITV.

‘He knows it, his teammates know it and more importantly the opposition will know it, it’s not going to go away that issue. Slow on the turn, he will get caught in behind.’

Roy Keane has been critical of Maguire at Manchester United in the past (Picture: Getty Images)

Gary Neville feels that despite the rousing win over Iran, the error will be bothering Maguire and he will be desperate to get through England’s clash with USA on Friday with a clean sheet, to build confidence after a difficult season so far for club and country.

‘When players come off the pitch, even when you’ve won 6-2, if you’re a defender and you’ve been at fault for a goal, you’ll have that little bug in your mind,’ said Neville.

‘I think Harry will just want to get through this game tonight with John Stones, clean sheet and make sure they don’t have a mistake in them.’

MORE : Harry Maguire had ‘belief’ he’d be picked for England despite poor form at Manchester United

Who could England play in the round of 16?

How to embrace fear and turn it into an energy boost

‘Attitude, it turns out, really does have a big impact on our ability to face our fears’ (Picture: Getty) We often associate fear as a bad thing, but we can actually turn it into a positive and use it to drive us forward. This is very much the mindset of life coach, leadership consultant and […]

Conditions at the Manston migrant centre have deteriorated amid higher numbers of people reaching the UK illegally (Picture: Reuters) A man held at the Manston processing centre may have died of a highly infectious disease. The Home Office initially said there was ‘no evidence’ that was the case but tests have revealed he may have […]

Castlevania: Symphony Of The Night – one of the best surprises in gaming (pic: Konami) A reader offers a very personal list of the most iconic moments in gaming, from the relatively recent SOMA to that moment in Final Fantasy 7. So I thought I’d write this feature based on some of my favourite moments […]