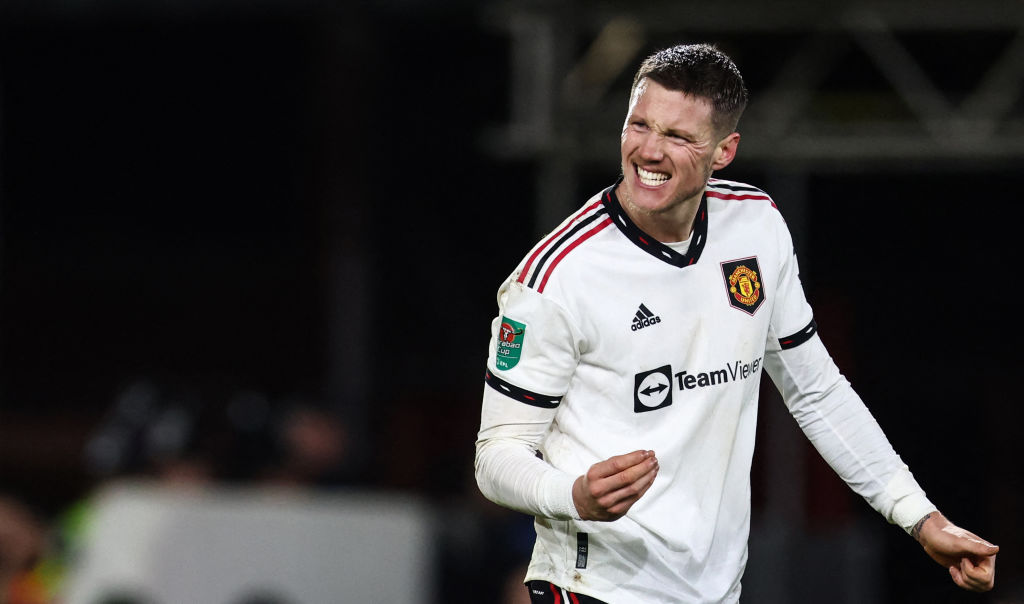 Roy Keane recognises that Wout Weghorst is plugging a gap at Manchester United, but has praised the January signing and backed him to do a job for the Red Devils.

The 30-year-old arrived at Old Trafford on loan from Burnley this month and scored his first goal for the club in a 3-0 win over Nottingham Forest on Wednesday night in the first leg of the Carabao Cup semi-finals.

The Dutchman was brought in on loan after Cristiano Ronaldo’s exit and amid Anthony Martial’s ongoing fitness struggles, but he has quickly been trusted by manager Erik ten Hag.

Weghorst has already started two Premier League matches and the EFL Cup victory over Forest, with the giant striker impressing Keane in the process.

‘People have been critical that he’s come to the club. That’s what he’s been brought to the club for. Huge goal for United.’

Keane admitted that he doesn’t exactly expect Weghorst to break records at Old Trafford, but thinks he is a good option to fill in before United sign a more permanent option up front in the summer.

‘Man United had to bring someone in. The manager made it clear, there was no money to spend. They lost Ronaldo, questions marks about Anthony Martial’s fitness… so I can see why they gambled on him,’ said the former Manchester United captain.

‘I don’t think he’ll be a prolific goal-scorer but if he pops up with the odd important goal like that and he helps Marcus. He’s an international player – he’s no mug!

‘The perception about him, because he struggled in a Burnley team that were having a difficult season, people kind of judge him on that. Give the guy a chance, he scored an important goal for United tonight. Good luck to him.

‘His lack of pace can be a problem when United are trying to play on the counter-attack but they’ll need to play to his strengths. He linked up well, took his goal well. There’s a reason he came on loan, because he’s obviously not top level. But the important thing is that the manager knows him well. You need characters in your dressing room.’

Helena thinks The Crown should’ve wrapped up years ago (Picture: PA) Helena Bonham Carter reckons The Crown should’ve ended at season four. The Harry Potter actress, 56, made the claim despite starring in the third and fourth series as Princess Margaret. Her time on the show came to an end after Lesley Manville took over […]