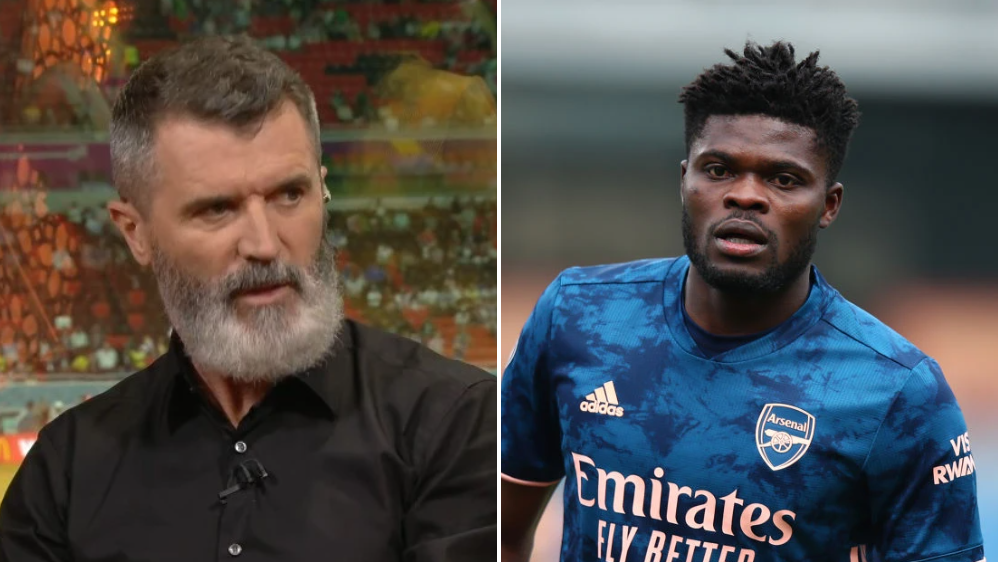 Partey has established himself as one of Arsenal’s most important players this season, starting 11 of the Gunners’ 14 league matches and helping Mikel Arteta’s side surge to the top of the Premier League.

The 29-year-old became the most expensive Ghanaian player of all time when he completed a £45m move from Atletico Madrid in 2020.

Partey will hope outsiders Ghana cause some upsets at the Qatar World Cup but could not prevent the team from suffering a dramatic 3-2 defeat to Portugal in their tournament opener on Thursday.

‘Well he’s having a very good season,’ Keane told ITV Sport. ‘He’s settled down, he had a lot of injury problems when he first went to Arsenal.

‘He’s got a big role here because there are some inexperienced players around him. I’m still not convinced he’s got those leadership skills.

‘But a very good player and he’ll have a big part to play today because there’s a big responsibility, particularly in the middle of the park, of course a huge position on the pitch.

‘He’s had a good season, he should be confident, but it’s a big challenge for him in the middle of the park to help the players around him.’

Graeme Souness also delivered his verdict on the Gunners star, adding to ITV: ‘I think he’s got better.

‘It took him a wee bit of time to adjust to our game. I think he’s got a bit of everything and I think you’re going to see him improve in his days at Arsenal.

‘He’s got all the attributes to be a very, very good player in our football. This is another stage for him, get out there and show you can do it on this stage as well.’

The 37-year-old won and converted a second-half penalty but Ghana levelled shortly after through Andre Ayew.

Portugal appeared to put the game to bed as Joao Felix and Rafael Leao scored in quick succession but Ghana responded again through Osman Bukari.

And Ghana could have scored a dramatic injury-time equaliser when Inaki Williams stalked goalkeeper Diogo Costa and raced to intercept the ball, but for the forward slipped at the crucial moment and his scuffed effort was cleared.

Portugal’s win means they top Group H after Uruguay and South Korea played out a goalless draw earlier in the day.

South Korean authorities approved a request for her to be sent to New Zealand (Picture: AP) A woman is set to be questioned after the bodies of two children were found in abandoned suitcases in New Zealand. The 42-year-old from South Korea has been extradited as a murder suspect in a case which has shocked […]

To view this video please enable JavaScript, and consider upgrading to a web browser that supports HTML5 video As any Australian knows, there is a very specific way to eat Vegemite, but Eva Mendes has become the latest person to fall victim to the spread. The American actress has recently been living Down Under with […]

Denise Richards has given an update on the scary incident (Picture: Carlos Dafonte/NurPhoto via Getty Images) Denise Richards is ‘grateful to be safe’ after her truck was shot at last week. The 51-year-old actress and her husband Aaron Phypers were travelling in their truck in Los Angeles on 14 November when a fellow motorist allegedly […]