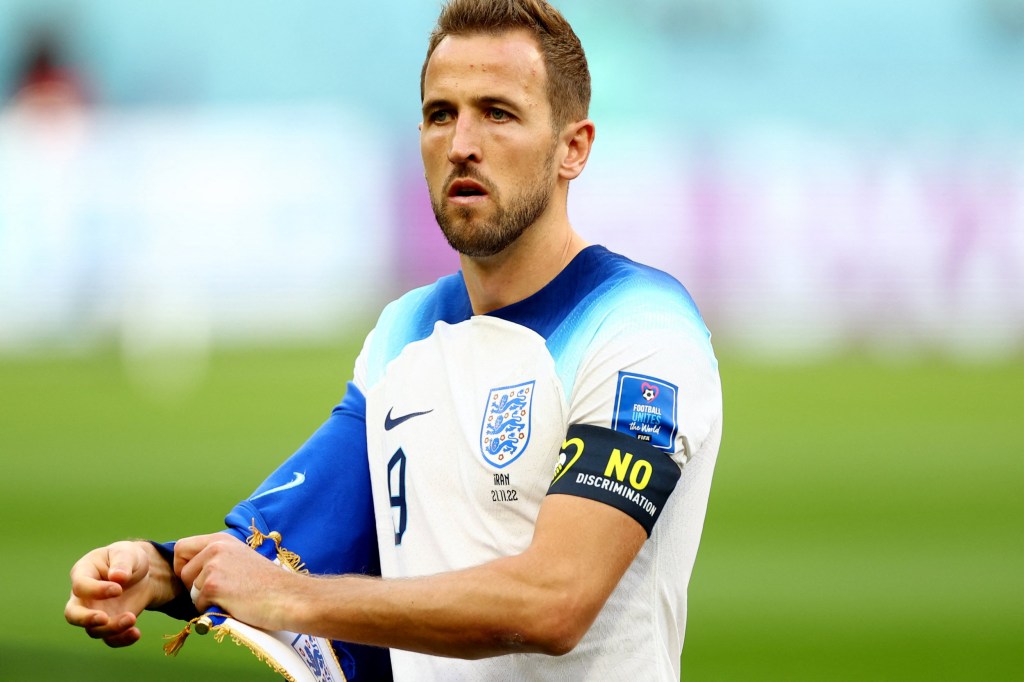 Roy Keane believes Harry Kane and Gareth Bale made a ‘big mistake’ by turning down the chance to wear OneLove armbands for their World Cup opening games on Monday.

Just hours before England’s 6-2 win over Iran, the Football Association confirmed that Kane would not wear the armband, which shows support to the LGBTQ+ community.

The FA admitted that the prospect of Kane receiving a yellow card and a potential ban for wearing the armband was one of the key reasons behind the decision.

But former Manchester United captain Keane feels it would have been a ‘great statement’ if Kane, Bale and Van Dijk defied FIFA.

‘I think the players could have done it for the first game and took the punishment, whatever that might be,’ Keane told ITV.

‘Obviously you’re risking Kane if he gets a yellow card if that was going to be the punishment but that would have been a great statement.

‘Do it for the first game, you get your yellow card, what a message that would have been from Kane or Bale take your medicine and then the next game you move on. You don’t wear it because obviously you don’t want to be suspended.

‘I think it was a big mistake, I think both players particularly when we are talking about Wales and England they should have stuck to their guns and done it, whatever pressure outside or their own associations. If that’s what you believe go with it.’

Speaking about his decision to not wear the armband, Kane said after England’s win over Iran: ‘We’re disappointed.

‘I said yesterday we wanted to wear it. That decision was taken out of my hands today. I turned up to the stadium with the armband that I wore and I was told I had to wear that [FIFA’s version].

‘It’s out of our control as players. I’m sure the FA and FIFA will continue those discussions …read more

Say goodbye to mould (Picture: mama_mila_/TikTok) Mould is an unwelcome problem in any home. Usually produced in damp and humid conditions, it is a common predicament, but it can also harm your health, making it all the more important to get the issue resolved. However, doing so can be tricky and expensive. Thankfully, there are […]

Things take a dark turn (Picture: ITV) Griff (Michael Condron) and his far-right thugs have really started to make their presence felt in Coronation Street. They’ve vandalised Speed Daal and subjected the Nazir family and their employee Daryan (Twana Omer) to verbal abuse, with Daryan also being beaten up on his way home from work. […]

Jonnie Irwin said he ‘escaped to the country’ after he revealed his diagnosis (Picture: @jonnieirwintv/Instagram) Jonnie Irwin has thanked fans for their support after speaking out about his cancer diagnosis, saying he’s ‘overwhelmed’ by the outpouring of love. A Place In The Sun and Escape To The Country presenter Jonnie recently explained that he’d been […]