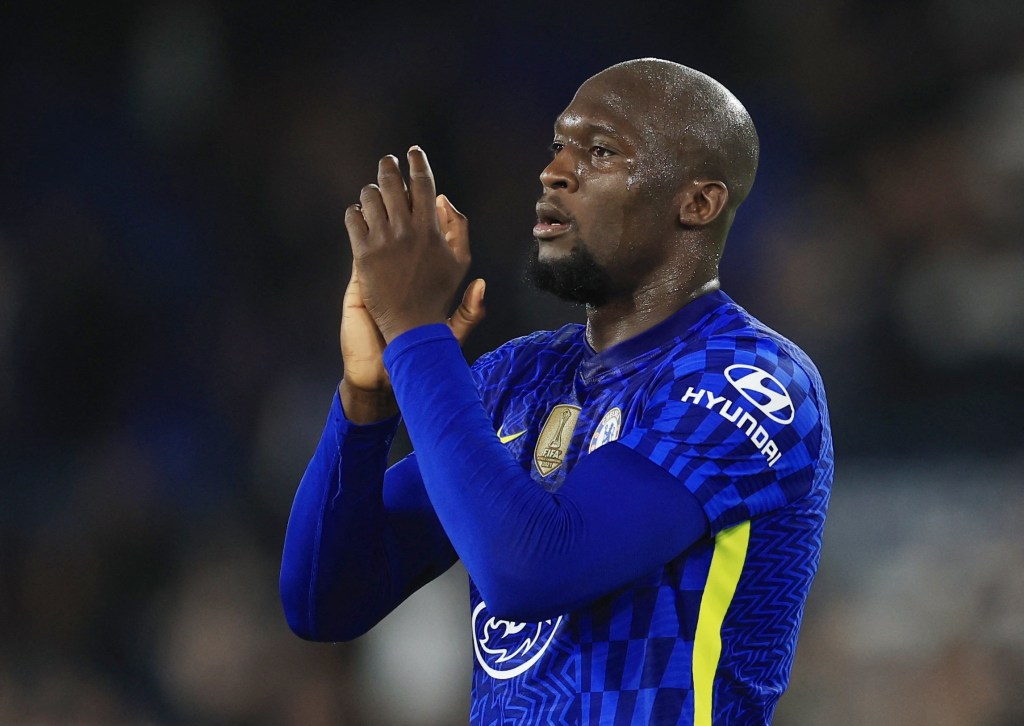 Romelu Lukaku will always have Inter in his heart, says the striker’s agent (Action Images via Reuters)

Romelu Lukaku’s agent admits Romelu Lukaku had a ‘problem’ adapting to Thomas Tuchel’s tactics at Chelsea but insists the striker has not asked to return to Inter this summer.

Lukaku has failed to make an immediate impact since his £97.5 million return to Chelsea last August, scoring just 15 goals in 42 appearances this season.

The Belgium international also angered the club with his interview to Italian media in December in which he admitted he was unhappy with his situation under Tuchel.

Lukaku has since struggled to secure a starting role ahead of Kai Havertz in Chelsea’s attack, and reports have now claimed that the striker is keen on a return to Serie A.

But while Lukaku’s agent, Federico Pastorello, concedes the striker found it difficult under Tuchel, he is adamant that the 29-year-old has not pushed to leave Stamford Bridge.

‘Given the transfer parameters, nobody could expect this situation,’ Pastorello told La Repubblica.

‘I won’t discuss technical choices, but it’s clear that there was a problem.

‘However, his numbers must be put into context. He is the best scorer in the team despite getting less playing time than his teammates.

‘Now we must defend a Champions League spot and play the FA Cup Final. That’s the only thing Romelu is focused on, we haven’t talked about anything else.’

When asked about the reports linking Lukaku with a move back to Inter, Pastorello replied: ‘Lot of noise for nothing. The club [Inter] and fans are in his heart.

‘He has never hidden it, like his love for Anderlecht where he would like to end his career.

‘But we cannot think about negotiations. Chelsea are in takeover discussions, we do not know the new owners, let alone if we can open talks with Inter or AC Milan. We have to wait.’

The One Show: Jade Thirlwall fights back tears as Little Mix vow to support each other’s solo careers during final interview

To view this video please enable JavaScript, and consider upgrading to a web browser that supports HTML5 video If you’re feeling emotional about Little Mix heading on hiatus, you aren’t the only one as the girls themselves are struggling to hold back their tears. The group gave their final interview on The One Show tonight, […]

Chloe went 10 years without a diagnosis (Picture: Liverpool Echo) Chloe Lawrence was a ‘normal, active kid’ who had never broken a bone in her body – but at the age of 11, her joints started making a loud cracking sound. This cracking could be set off by something as simple as laughter, and the […]