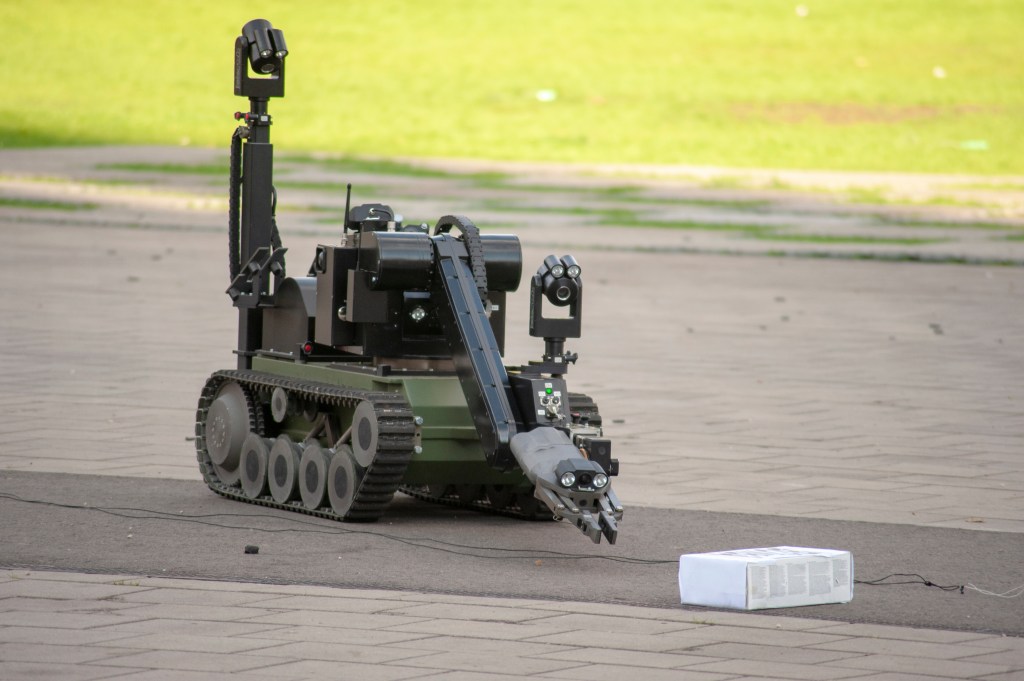 The draft policy will face the San Francisco Board of Supervisors on 29 November (Picture: Shutterstock ID)

In a dystopian turn of events, the San Francisco Police Department is considering giving robots the license to kill.

Last week, San Francisco’s rules committee unanimously approved a version of a draft policy stating that robots can be ‘used as a deadly force option when risk of loss of life to members of the public or officers is imminent and outweighs any other force option’.

Members of the city’s Board of Supervisors Rules Committee have been reviewing the new policy for several weeks as reported by Mission Local.

The original version did not mention robots until Aaron Peskin, the Dean of the city’s Board of Supervisors, initially added that ‘robots shall not be used as a Use of Force against any person’.

However, the SFPD amended Peskin’s addition and replaced it with a line that could give robots the authority to kill suspects if the life of public or police was at risk.

Robot makers like Boston Dynamics have signed a pledge not to weaponize their robots (Picture: Getty Images)

According to Mission Local, Peskin eventually decided to accept the change because ‘there could be scenarios where deployment of lethal force was the only option’.

The equipment policy states that the SFPD currently has 17 remotely piloted robots, of which only 12 are functioning.

In addition to granting robots the ability to use deadly force, the proposal also authorizes them for use in ‘training and simulations, criminal apprehensions, critical incidents, exigent circumstances, executing a warrant or during suspicious device assessments’.

While most of the robots listed in the SFPD’s inventory are primarily used for defusing bombs or dealing with hazardous materials, newer models have an optional weapons system.

The department’s QinetiQ Talon can also be modified to hold various weapons — a weaponized version of the robot is currently used by the US Army and can equip grenade launchers, machine guns, or even a .50-caliber anti-materiel rifle.

The draft policy will face the San Francisco Board of Supervisors on 29 November.

Shortly after the report came out, the Oakland PD announced on Facebook that it decided against adding ‘armed remote vehicles to the department’.

Earlier this year, some robot makers like Boston Dynamics signed a pledge not to weaponize their robots.

Why isn’t Sadio Mane playing for Senegal against England in the World Cup today?

Senegal will be without Sadio Mane when they face England (Picture: KENZO TRIBOUILLARD/AFP via Getty Images) England play Senegal this evening in the round of 16 of the World Cup 2022 in Qatar. The Senegalese side features a host of names familiar to English football fans, including Chelsea’s Kalidou Koulibaly and Edouard Mendy, Everton’s Idrissa […]

Osman Bukari copied Cristiano Ronaldo’s trademark celebration (Pictures: Getty) Ghana star Osman Bukari has denied disrespecting Cristiano Ronaldo during his side’s World Cup defeat to Portugal and says he only copied the striker’s trademark celebration as he was ‘overcome by emotion’. Portugal kick-started their World Cup campaign with a thrilling 3-2 victory over Ghana in […]