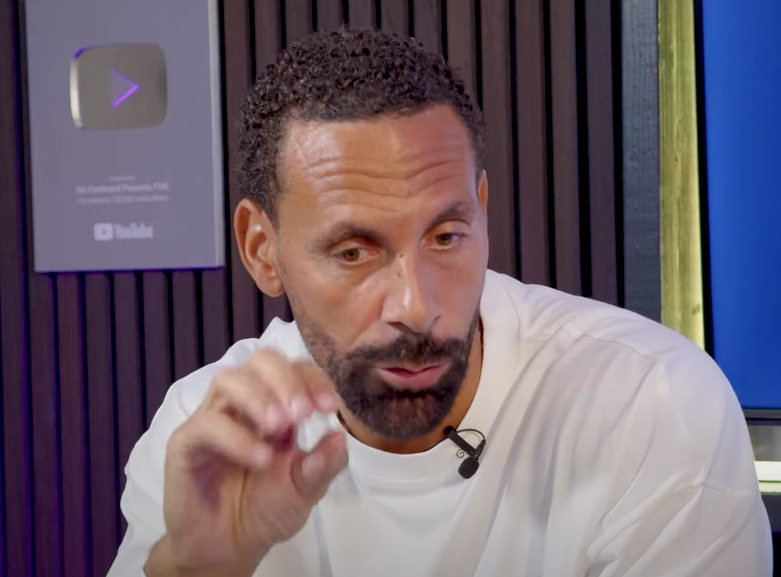 Rio Ferdinand has waded into the debate over who should play on the right-hand side of England’s defence at the upcoming World Cup.

Gareth Southgate might be short of central defenders, but he is spoiled for choice in the full-back positions with both Reece James and Trent Alexander-Arnold laying claim to being among the best in the world in that position.

The Three Lions boss is also able to call upon the experience of Kieran Trippier and Kyle Walker, both of whom starred during last summer’s European championships.

In Qatar, however, it is likely to come down to a straight shootout between the Liverpool and Chelsea duo, but Ferdinand believes James has the edge, particularly if Southgate were to go with a 3-5-2 formation.

He told Vibe with Five: ‘This is a difficult one. We are going where we are right now. Reece James is ahead of Trent right now. If I’m a winger I look at who I don’t want to play against more out of the two of them and it would be Reece.

Reece James is likely to start for England against Italy this evening (Picture: Getty)

‘I think physically he can match people defensively and going forward is ridiculous. Trent’s passing I would say arguably is better over varied distances but I think Reece will score more goals. He in there (the penalty area) so much.

‘He would patrol the whole area on his own. You could play Trent there as well and he’d run it and both of them can come in here (central areas).

‘That’s the one thing, he plays this position week in and week out. Trent plays more from the right-back area coming onto things.’

On the opposite flank, Ferdinand believes Southgate should opt for England’s newly crowned Player of the Year Bukayo Saka.

Accepting his award ahead of tonight’s Nations League match against Italy, the Arsenal winger said: ‘This is a such a special honour for me and I’m very grateful to everyone who voted.’

Southgate, meanwhile, has trimmed his squad ahead of this evening’s game against the Azzurri with Ben Chilwell, Jordan Henderson and Ivan Toney set to miss out.

How can Max Verstappen win the F1 championship at the Japanese Grand Prix? Title permutations explained

Fans think that Daemon Targaryen is bisexual – do new images confirm that theory? (Picture: HBO) Could Matt Smith’s character in House of the Dragon be bisexual? The latest episode of Game of Thrones prequel House of the Dragon took the show through its long-teased time-jump. The younger characters, most notably Princess Rhaenyra (Emma D’Arcy) […]

Example splits from wife Erin McNaught after 11 years of marriage