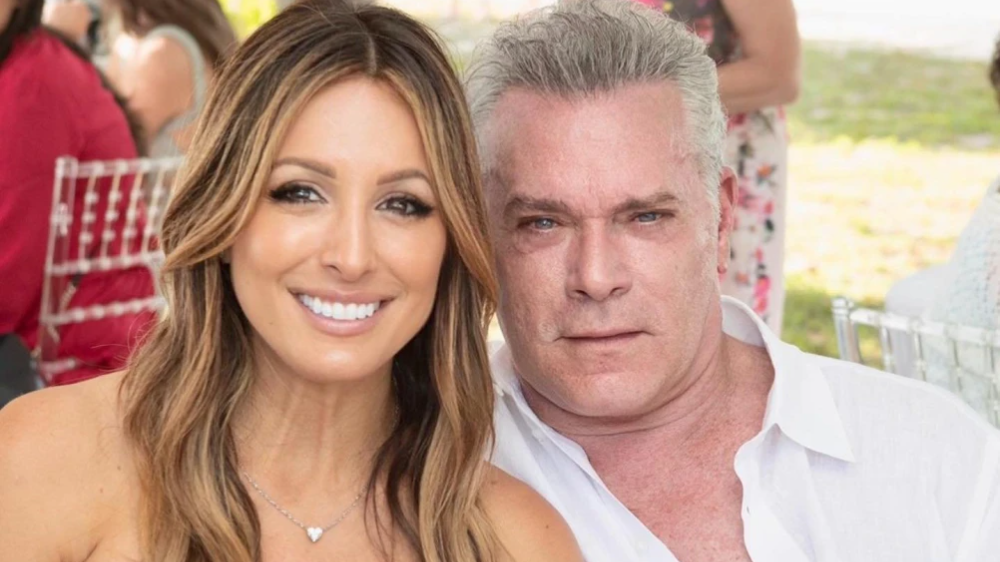 Ray Liotta died six months ago at the age of 67 (Picture: Instagram)

Ray Liotta’s fiancée has remembered her late partner, six months on from his death.

Jacy Nittolo paid tribute to the Goodfellas actor on Thanksgiving, after he died in May at the age of 67.

Following Liotta’s death earlier this year, Nittolo described her romance with the film star as ‘magical’ and described him as ‘everything in the world to me’.

Now, she’s admitted she finds it ‘hard to breathe without him’, after the Emmy-winning star proposed to her on Christmas 2020.

Nittolo posted a selfie with her late husband-to-be, taken on Thanksgiving 2019.

‘I’ve been without Ray for almost 6 months now. Most days are unbearable. I find it hard to breathe without him,’ she began in her caption.

He proposed to Jacy Nittolo in December 2020 (Picture: Instagram)

‘Today and every day I am so thankful for the memories he gave me. They were the best years of my life.

‘I’m thankful for my family and children who have been there for me every step of the way. You keep me going.’

She went on to express her gratitude for both ‘old and new’ friends, adding: ‘I don’t know what I would do without your continuous support.’

‘Even with such enduring pain, I feel blessed and I’m truly thankful’, she signed off.

Sending love to Nittolo in the comments, former EastEnders actress and DJ Patsy Palmer wrote: ‘The first time we were lucky enough to meet Ray was on thanksgiving. Such a kind , humble lovely man & so kind to my children. We are thinking of you today ❤️🙏🏻🍁’.

Actor Jerry O’Connell also wrote: ‘Sending you and your family love. Ray will be in our prayers tonight!’

Back in August, Liotta’s fiancée posted a series of snaps of herself getting a tattoo in his honour.

The first selection of black and white pictures showed the tattooing process, while the final picture showed a close-up of the inking, which appears to be a feather.’

The Goodfellas actor died in his sleep while filming a movie in the Dominican Republic (Picture: Richard Shotwell/Invision/AP)

‘Yesterday marked 3 months,’ Nittolo wrote at the time. ‘It only seemed appropriate to do something meaningful that will forever be with me. What an honor to have Mark Mahoneys gift do the work.’

Liotta died on Thursday in his sleep, while he was away in the Dominican Republic shooting a new film.

He shared a blended family with Nittolo, leaving behind 23-year-old daughter Karsen, whose mother is actress and producer Michelle Grace, to whom Liotta was married from 1997 to 2004.

If you’ve got a celebrity story, video or …read more

Jay Leno will perform a gig this weekend as planned (Picture: John Salangsang/Invision/AP, File) Jay Leno is set to perform a stand-up gig this weekend, just two weeks after suffering serious burns when a car he was working on caught fire. The comic and presenter, 72, was injured in mid-November while working on his 115-year-old […]