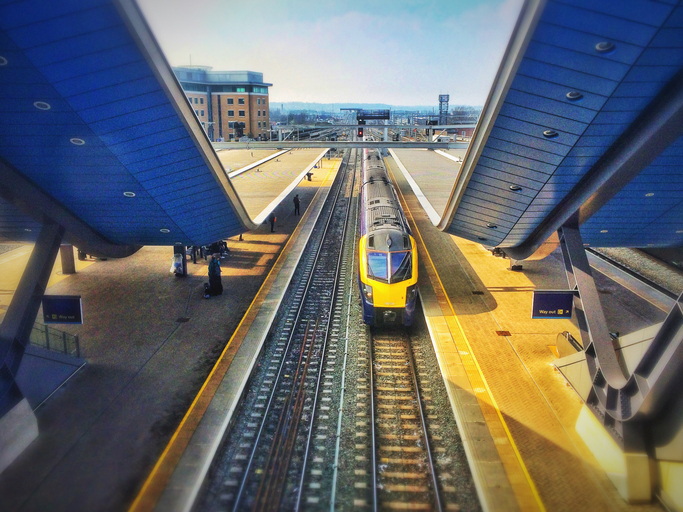 Will any trains be running during the three days of rail strikes? (Picture: Getty)

Train workers from the Rail, Maritime and Transport (RMT) union are striking over three days this week.

In a dispute over frozen pay, as the cost of living has increased, workers are taking industrial action on Tuesday, Thursday and Saturday – which will, as a consequence, cause chaos for many who rely on the rail.

If you’re without a car, and you have no choice but to travel on June 21, 23, or 25, you’ll want to know which train lines are affected, and if any services are still running.

Fortunately, a good number of the railway lines are indeed still putting on some trains – albeit on extremely reduced timetables, which will surely mean that trains are packed.

Here’s what you need to know.

Which trains are still running during the rail strike?

Limited services will still be operating on some railway lines, including LNER, Southern, Avanti West Coast, and many others.

Here are some of those services – but bear in mind that all of the below could change, depending on what happens on the day. Many will be busy, and finishing earlier than usual.

It is expected that trains will run every hour to Manchester, Liverpool, Birmingham, and Preston, from London Euston, between 8am until the final departure in the early afternoon.

There will also be very limited service to Glasgow, but all of these trains will be very busy.

Limited Avanti trains are expected to run during the strike (Picture: Getty)

While many services will be cancelled, one train per hour is expected to run from London to Aylesbury via High Wycombe on all three days.

One train per hour between Aylesbury and Amersham will run on Thursday, June 23, and Saturday, June 25 (the second and third days of strike action).

Services will leave at 7.30am, arriving in London at 9am, with final trains out of London leaving around 3pm to 4pm, so do check any return journeys.

Chiltern Railways’ full strike timetable is available on its website.

Only one train per hour is expected from London to Aylesbury on Chiltern Railways (Picture: Getty)

A ‘very limited service’ is to run between Bristol Parkway and Plymouth and Birmingham New Street and Newcastle and Edinburgh Waverley.

After spending 10 months at the bottom of the River Wye, the iPhone still worked. (Credit: Getty/Miguel Pachaco/Wessex News) A man says it is a miracle of science that his iPhone still works after it was pulled, covered in mud and weed, dripping wet, from a river where he lost it ten months ago. Owain […]

Role-playing game fans will be happy but what about everyone else? (pic: Nintendo) Xenoblade Chronicles 3 will take centre stage at the next Nintendo Direct, but there’s still no sign of a general E3-esque showcase. Even though E3 2022 never happened, Nintendo fans have widely expected the company to have a major Nintendo Direct at […]