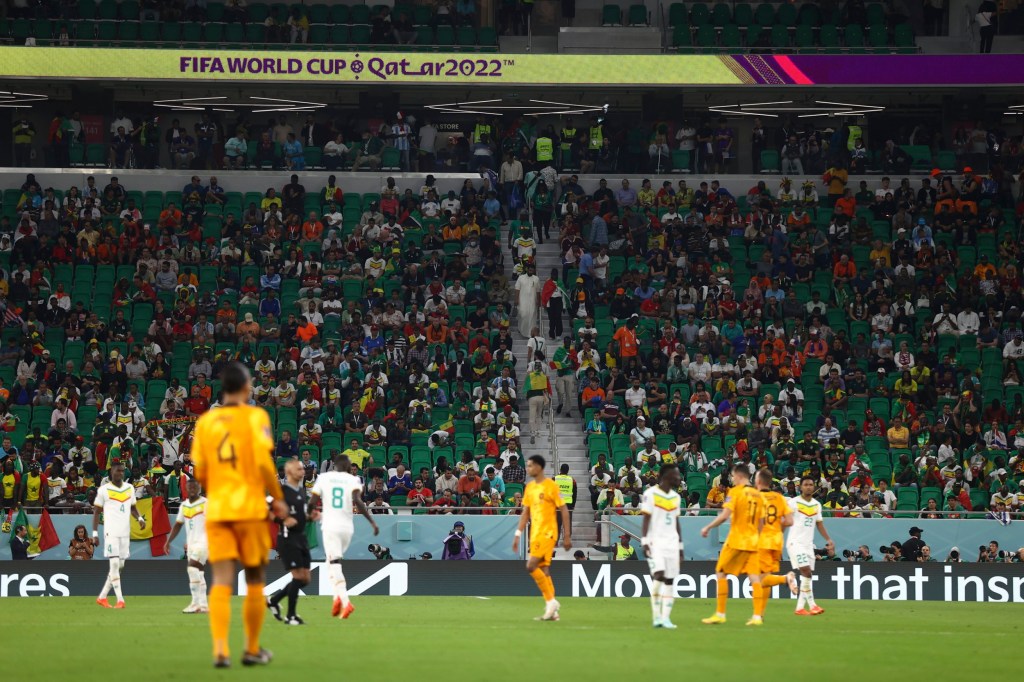 Qatar and FIFA are under fresh scrutiny after thousands of empty seats were seen in Monday’s World Cup matches.

There is also bemusement at the official attendance figures every game so far has a record which is higher than the capacity of the stadium.

For Qatar’s tournament curtain-raiser against Ecuador on Sunday, an official attendance of 67,372 was announced, despite the Al Bayt Stadium having a capacity of 60,000, while a significant number of empty seats were also evident from the half-time break.

It was the same for England’s World Cup opener against Iran, which saw Three Lions supporters left stuck outside the Khalifa International Stadium due to an error with FIFA’s ticketing app.

An attendance figure for that match was announced at 45,334, despite the stadium’s official capacity being 40,000.

Meanwhile, swathes of empty seats could be seen at the Al Thumama Stadium in the second game of the day on Monday as Netherlands beat Senegal.

An official attendance of 41,721 was announced even though the stadium has an official capacity of 40,000.

FIFA claims that the Al Thumama Stadium in ‘event mode’ raises its capacity to 44,400, but a reason for the thousands of empty seats around the venue was not given.

Employees at an Atlanta McDonalds helped a woman give birth (Picture: Getty Images) A pregnant woman on her way to the hospital ended up giving birth in a local McDonalds with the help of restaurant employees. Alandria Worthy was driving to the hospital on Wednesday with her fiancé Deandre Phillips early Wednesday morning when she […]

Lab-grown chicken given green light in the US

The meat is made from the cells of live animals (Picture: Unsplash) ‘Cultivated meat’ or meat grown in a lab has been approved for human consumption in the US. The US Food and Drug Administration (FDA) for the first time cleared a meat product grown from animal cells for human consumption, the agency announced on […]