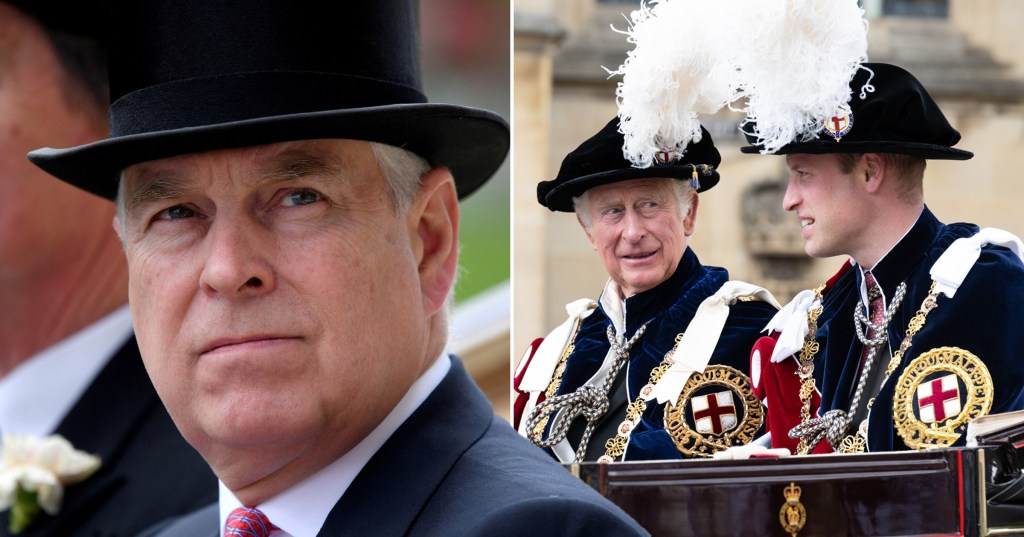 The Duke of York is said to have pulled out ‘without fuss’ (Picture: Getty/Reuters)

Prince Andrew’s decision to stay away from Royal Ascot this week has given the royal family hope he has finally accepted the need to withdraw from public life.

The Duke of York had been pencilled in to attend the royal event in Berkshire, which would have seen him take part in the traditional carriage procession alongside other senior family members.

However, the 62-year-old opted ‘without fuss’ not to attend following the controversy over his desire to appear at Monday’s Order of the Garter ceremony at Windsor Castle, a source told The Times.

The Queen’s second son was forced to pull out of the public parts of the event after the Prince of Wales and Duke of Cambridge intervened.

Prince Andrew, pictured at the event in 2014, had reportedly been hoping to attend (Picture: Getty)

His name was on the order of service, but William reportedly threatened to back out if he uncle was seen in public, before Charles lobbied the monarch.

Andrew was said to have been left ‘crushed and confused’ by the ban.

According to The Times, his failed attempt to get back to normality by showing up at the event laid bare to the family his determination to resurrect his royal career.

The duke was stripped of his honorary military roles and HRH style in January, before settling the sex abuse case brought against him by Virginia Giuffre the following month.

Andrew is said to have paid as much as £12million to halt the case, although he has consistently and vehemently denied all allegations.

But he seemingly refused to keep a low profile, reportedly leaving senior royals ‘dismayed’ when he walked the Queen to her seat at Prince Philip’s memorial service at Westminster Abbey in March.

Now, however, royal insiders believe the duke may finally be taking on the family’s advice, with one telling the newspaper: ‘If he wasn’t listening before, maybe he is listening now.’

To view this video please enable JavaScript, and consider upgrading to a web browser that supports HTML5 video Medical students in Cambridge are the first in the world to learn with holographic patients, the university has said. The students at Addenbrooke’s Hospital are using a new mix-reality training system called HoloScenarios, which enables teaching and […]

Malacia is also wanted by Lyon and Newcastle (Picture: Getty) Manchester United are planning a move for Feyenoord full-back Tyrell Malacia but want to wrap up a deal for Frenkie de Jong before moving into other targets. Lyon are currently leading the race to sign the 22-year-old and have already seen two bids rejected, according […]