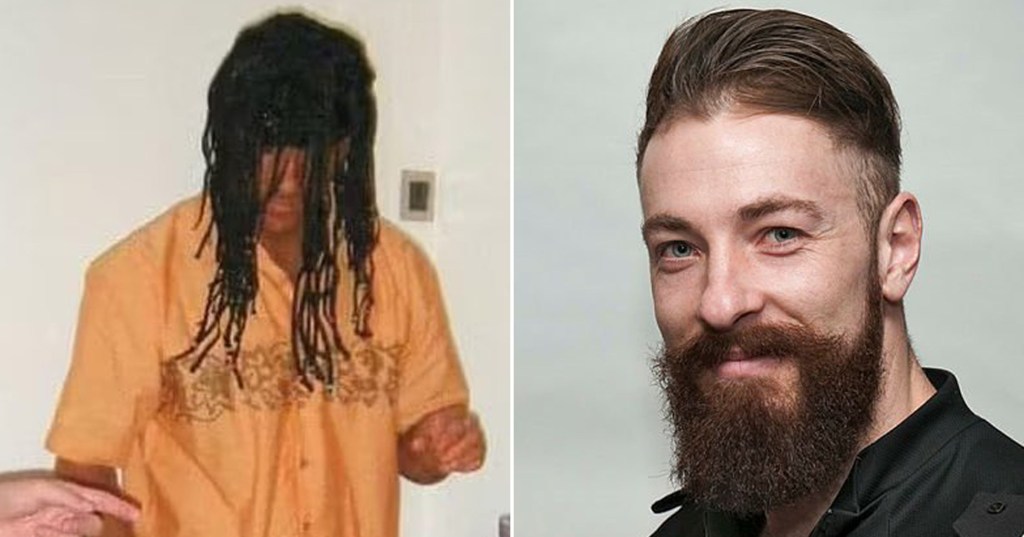 Inspector Paul Ayling, 39, has worked for Bedfordshire Police for 19 years

A police inspector who posted pictures of himself in blackface, and bragged about ‘grabbing a nurse’s boob’ has kept his job, it has been reported.

Pictures shared on Facebook in 2010 show inspector Paul Ayling, of Bedfordshire Police, wearing fake dreadlocks, with his face and body painted in a dark colour.

But an investigation by his force concluded they were not ‘racist by their nature’.

Other controversial posts on the social media site saw the 39-year-old joke about groping a woman at his daughter’s nursery.

He wrote in 2016: ‘An accidental boob grab of a nursery nurse while dropping off your daughter is the way to start any day.’

Another one shared by Mr Ayling states: ‘Dads: they’re like mums only smarter.’

During his 19 years at the force, his colleagues and bosses failed to spot the historic images from two separate parties until a disgusted member of the public made an official complaint, the Daily Mail reported.

Mark Emsley was so outraged about what he saw on the inspector’s profile that he reported him to the force in September last year.

The dad-of-three, from Shefford, said: ‘It is surely one of the most racist things you can do – he is mocking another race. I find this whole episode disgraceful from start to finish.

‘He has been working his way up to a senior position in the force, while the entire time this content has been publicly there on his social media and not one of them has noticed.

‘Or they have and didn’t care. Then when someone makes a complaint it is a slap on the wrist and he’s back out on the beat.

He is currently the subject of an ongoing misconduct investigation

‘It is no wonder confidence is dropping in policing. How can a force say they are anti-racist then send someone like this out there knowing he has openly mocked black people?’

Bedfordshire and Cambridgeshire Police forces conducted an investigation, and it was recommended that Mr Ayling should be punished with Practice Requiring Improvement.

This is a training review which falls short of misconduct.

DCI Ben Martin, of Cambridgeshire Police, admitted the posts are ‘distasteful and insensitive’ but stressed they are very old.

He said: ‘They are not, in my mind, the same as the use of racist language or derogatory language towards people of different backgrounds, for example.

‘The posts are also a number of years old. Whilst this is not an excuse, it is true to say that society in 2022 is different to society in 2010.’

Ambulance workers across England set to strike before Christmas

Paramedics are among the key workers set to go on strike next month (Picture: Getty) Ambulance workers have said they will go on strike before Christmas in a row over pay, according to the UK’s biggest trade union. Thousands of 999 call handlers, ambulance technicians, paramedics and their colleagues working for ambulance services in the […]