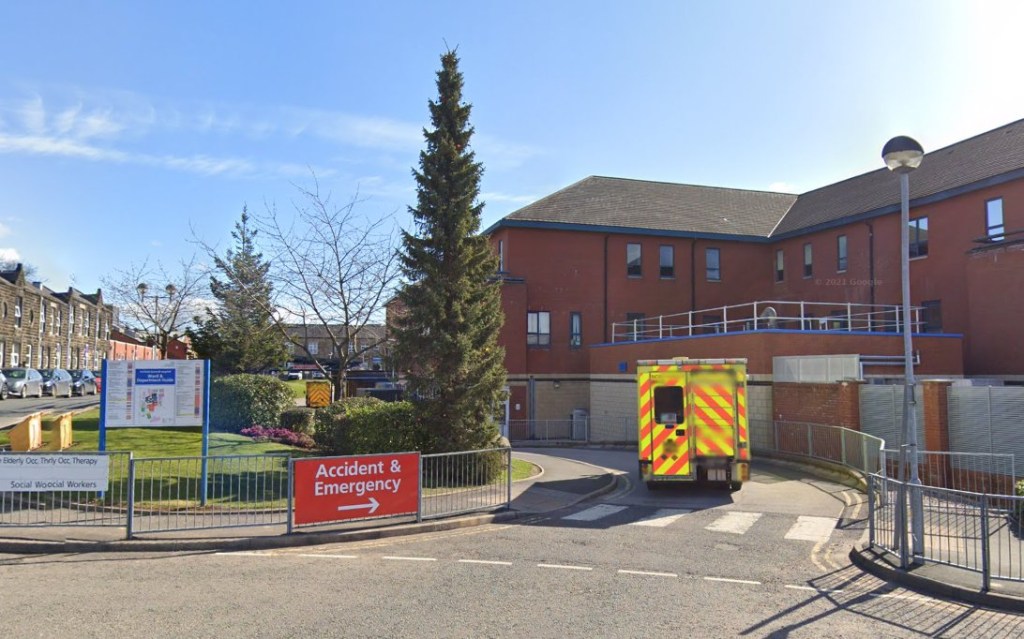 An 87-year-old who ‘couldn’t afford’ surging energy bills died after developing hypothermia, an inquest has heard.

Paramedics in Manchester rushed to Barbara Bolton, a well-liked widow and mother, on December 1.

She was admitted to Fairfield Hospital with hypothermia and a chest infection on December 11 and continued to deteriorate over time.

Her son Mark has spoken of his heartbreak after doctors and the family decided to place her on end-of-life care. The former pharmacy assistant died on January 5.

It’s understood hospital notes indicate her illness was linked to the fact she could not afford to put her heating on amid the cost of living crisis, The Manchester Evening News reports.

The inquest was adjourned, with statements requested from her doctor. A medical cause of death is yet to be provided.

‘Her death was particularly accelerated by hypothermia and there is a possibility of self-neglect due to the lack of heating so her death has been referred to the coroner’, Assistant coroner for Manchester North Julie Mitchel said.

Hypothermia is a dangerous drop in body temperature below 35C and symptoms include shivering, pale, cold and dry skin and slow breathing.

One potential cause is living in a cold house, with older people who live alone particularly at risk, the NHS says.

Following the inquest, Ms Bolton’s son Mark, said he ‘spoke to his mum every day’.

‘We have to deal with the sad loss now and it’s very hard for me and my family, he said.

Ms Bolton’s neighbours in Bury said they were shocked and saddened at her death and that she had lived there for several decades.

‘I think Barbara must have lived here about 50 years. I know that she was working at the chemist in Tesco until fairly recently. It’s so sad’, one man said.

Another woman added: ‘I hadn’t seen her in a few weeks. It’s so sad. She was a really nice woman and lived here for years but more recently kept herself to herself.’

A full inquest, which will explore the circumstances which led to Ms Bolton’s death, will take place at Rochdale Coroners’ Court later this year.

Chelsea Green didn’t make the impact she’d have hoped (Picture: WWE) Chelsea Green made her WWE return in the Royal Rumble but didn’t have the comeback she’d have liked. The former NXT star was fired from the company back in April 2021 and rebuilt her legacy in the likes of IMPACT Wrestling and GCW alongside […]

‘It completely destroys your life’: The young men getting hooked on steroids

Jamie says he only takes steroids when he’s competing as he believes other people do (Picture: Instagram/@goldie.jamie) ‘Would you sit a maths test if everyone had the answers but you?’ he argues, adding that he only takes a very low dose of the drug and wouldn’t do it if he wasn’t competing. ‘Some people are […]

Ekin-Su Cülcüloğlu feeling ‘blessed’ after surviving first Dancing On Ice skate-off against John Fashanu: ‘Thank you for believing in me’

Ekin-Su Cülcüloğlu and Brendyn Hatfield survive to skate another week! (Picture: Matt Frost/ITV/Shutterstock): Ekin-Su Cülcüloğlu has let out a massive sigh of relief after surviving the first skate-off of Dancing On Ice 2023. The Love Island winner, 29, went up against former pro footballer John Fashanu, 60, in the bottom two. But, after both couples […]