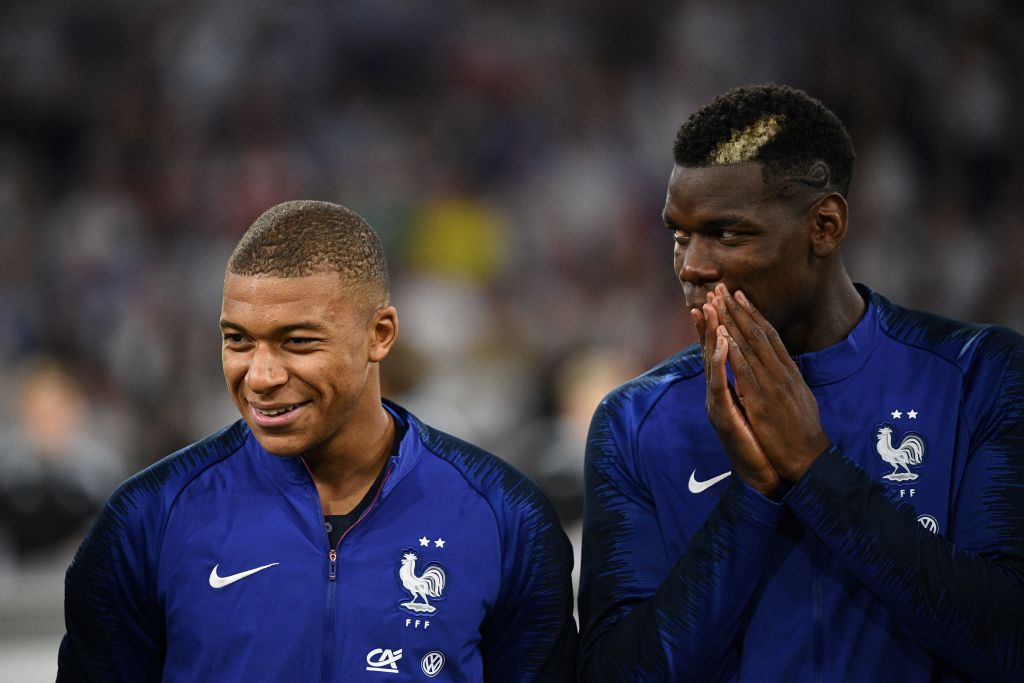 Paul Pogba’s brother, Mathias, has accused the midfielder of paying at least €4 million (£3.5m) to a witch doctor who ‘neutralised’ Kylian Mbappe during Manchester United’s Champions League tie against Paris Saint-Germain in 2019.

Mathias Pogba is currently in custody in Paris as he is under investigation for his alleged role in the blackmail plot involving the former Manchester United midfielder.

Pogba, who returned to Juventus on a free transfer from United in the summer, handed over €100,000 (£85,000) to the group after being escorted at gunpoint to a flat in Roissy-en-Brie, in the eastern suburb of Paris, in March.

Mathias Pogba, 32, has denied his part in the attempted blackmail but has been accused of ‘extortion in an organised gang’ and ‘participation in a criminal association with a view to preparing a crime’.

On Friday, several pre-recorded video messages from Mathias Pogba surfaced online, one of which accused his brother of paying for a witch doctor to put a spell on Mbappe for United’s Champions League tie against PSG in 2019.

United lost the first leg 2-0 at Old Trafford and Pogba was sent off, but Ole Gunnar Solskjaer’s side staged a remarkable comeback in Paris as they secured a 3-1 win in the return leg to progress to the quarter-finals.

‘The turning point came with the World Cup in 2018, where Paul had more faith in the witch doctor than in God, entrusting the witch with a big task in order to help the French team win,’ Mathias Pogba said in his video.

‘The witch doctor would go on to tell Mam’s [an intermediary] that the job had already been done, and that was when Mam’s would start to be scared. After that, Paul continued with his witch doctor, notably in the Champions League to ensure that Manchester United would go through against PSG.

‘At the request of Paul, the witch was told to neutralise Kylian Mbappe, who back then was on a rapid rise, far outstripping Paul’s fame.

‘It was strange to see that during that match Kylian was a shadow of himself against a reserve side.

‘The issue is that at the same time Paul was doing everything he could to get closer to Kylian, as we could see in the media, supposedly liking him and calling him his friend, he would often call him, we would see them arm-in-arm.

Paul Pogba with his brother Mathias in 2017 (AFP via Getty)

Roger Federer and Rafael Nadal were beaten in the Swiss legend’s final match (Picture: PA) Roger Federer’s final match before retirement ended in defeat as he lost out to Jack Sock and Frances Tiafoe alongside Rafael Nadal at the Laver Cup. There were emotional scenes after the match in front of a sell-out crowd at […]

The couple have shared their exciting news (Picture: Rex/Instagram) Love Island star Molly-Mae Hague has announced that she is pregnant with her first child with boxer boyfriend Tommy Fury, after three years together. The couple, both 23, shared the news with a sweet reel on Instagram on Sunday, which showed them cradling Molly’s bump before […]

Apple’s latest iOS update should drop for UK iPhone users in the next 24 hours (Credit: Apple) Apple’s latest and greatest iPhone may not be in the shops until Friday, but a software update for older phones is coming today. Each year, Apple pushes out a new version of its mobile operating system that gives […]