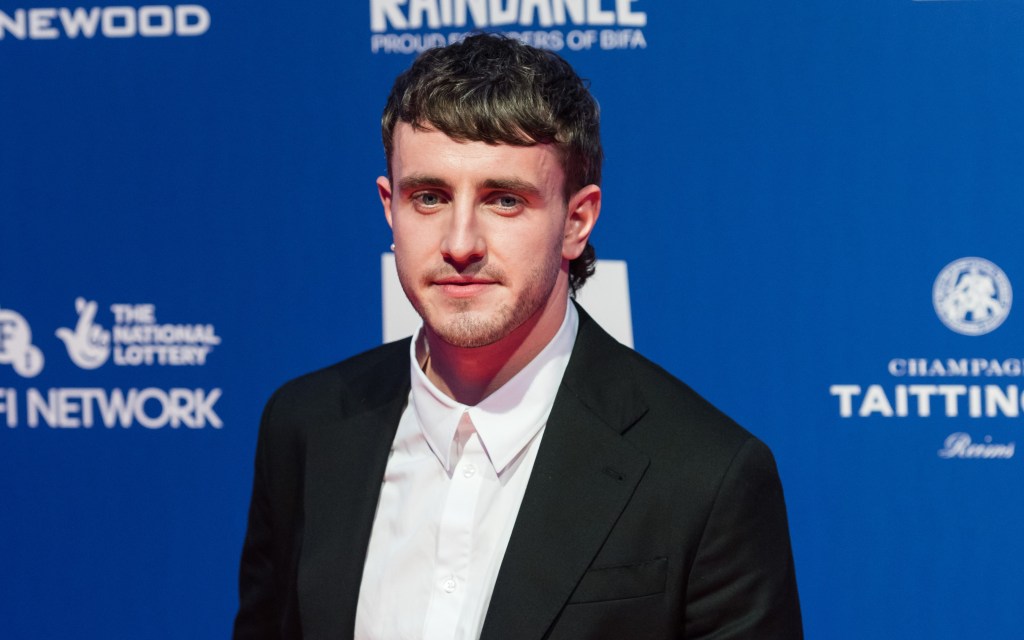 Paul Mescal has been nominated for an Oscar and he couldn’t be happier (Picture: Getty Images)

Paul Mescal couldn’t contain his excitement at his first Oscar nomination for his portrayal of Calum in Aftersun.

The 26-year-old Irish actor shared an adorable FaceTime call with members of his family following the announcement on Tuesday.

Spotted in the corner of a screenshot uploaded by his musician sister Nell, the star was beaming as other members of the virtual call appeared overjoyed.

In a series of tweets, Nell reacted to the news her brother could be receiving his very first Oscar next month and shared her emotional overwhelm at the revelation.

Alongside the grab from a group call, the younger Mescal posted a crying emoji and admitted she couldn’t upload the actual video as she was crying ‘ugly’ tears.

‘i am so proud it is making me sick [sic]’, she penned and went on to say: ‘how on earth did this happen’.

The Normal People star was nominated for best actor in a leading role alongside fellow Irishman Colin Farrell for his part in The Banshees of Inisherin, Elvis star Austin Butler, Brendan Fraser for The Whale and Living’s Bill Nighy.

Paul acts out the part of Calum in the highly praised movie Aftersun and had audiences reaching for the tissues from the opening credits.

The drama follows the actor’s character and his on-screen daughter Sophie during a holiday in Turkey.

The star has been nominated for his role in Aftersun (Picture: Alamy Stock Photo)

The Irishman celebrated his happy news with his family on a virtual call (Picture: Shutterstock)

Directed by Charlotte Wells, the 2022 flick also stars Frankie Corio and Celia Rowlson-Hall as they alternate to play Sophie through different time periods.

Set in the early 2000s, the script tells the story of an 11-year-old Scottish girl who goes on vacation with her father to a Turkish resort on the eve of his 31st birthday.