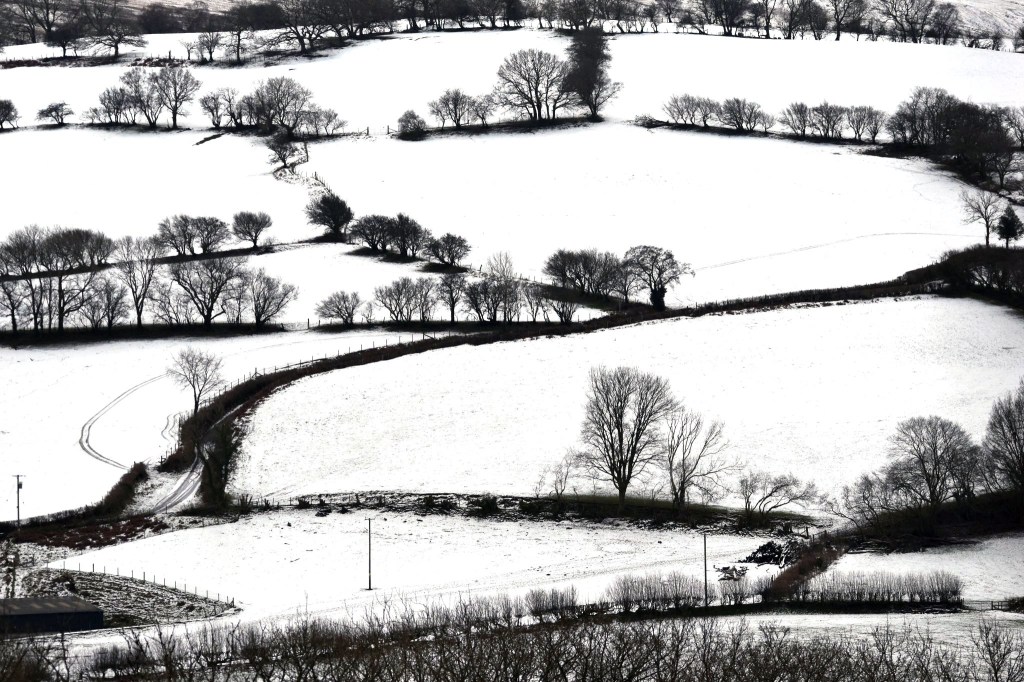 The south of England plunged to lows of -9°C last night – while Scotland somehow escaped the freezing temperatures.

In a reverse of traditional weather patterns, the Scottish Highlands were a positively balmy 10.1°C.

Heathrow Airport recorded its lowest overnight temperature since 2010, where the mercury plummeted to -8.4°C.

Some flights due to leave the airport were cancelled due to freezing fog.

Flights to Amsterdam, Barcelona and Miami were some of the 17 cancelled this morning.

A British Airways spokesperson said: ‘Like other airlines, our schedule has been affected by the continued freezing fog weather conditions experienced across London.

‘We’ve apologised to customers whose flights have been affected and are doing everything we can to get them on their way as quickly as possible.

‘We advise customers to check the website for the latest flight information.’

Many towns and cities like Windsor pictured woke up to freezing conditions (Picture: Shutterstock)

There has also been icy conditions out on the roads in the south (Picture: Shutterstock)

There are weather warnings for fog in place today (Picture: Metro.co.uk/Met Office)

A Heathrow spokesperson said: ‘Poor visibility is forecast this morning at the airport and across the south east.

‘While there may be minor changes to today’s schedule as a result of the weather, we want to reassure passengers that our colleagues are working in close collaboration with our airline and air traffic control partners to get them safely away on their journeys as quickly as possible.

‘We encourage passengers to check with their airline for the latest information.’

The Met Office tweeted: ‘What a contrast this morning. Stepping out of the door across the North West of the UK and you can ditch the gloves… though ice scrapers at the ready in the South East.’

The weather service said the rest of today will be cold and clear with some freezing fog in the East and South East while it will be cloudy with some patchy light rain in the north and west.

Temperatures across the capital today are unlikely to top 4°C, while in Northern Ireland they will top 10°C.

Atrioc has admitted to the situation (pic: Twitch/Metro.co.uk) Top streamers xQc, Adept and MoistCr1TiKaL are amongst those criticising Atrioc for buying fake nude photos of female creators. Twitch streamer Atrioc has come under fire after it was revealed that he visited a pornographic website which sells deepfakes of fellow content creators.  Such websites usually create […]

How to survive a nuclear blast: scientists reveal where to take shelter

Researchers have been studying how to survive a nuclear blast (Picture: I Kokkinakis and D. Drikakis, University of Nicosia, Cyprus) If a nuclear attack is launched people should hole up in the corners of concrete buildings to have the best chance of survival. That’s according to new research saying it’s better than cowering in corridors […]