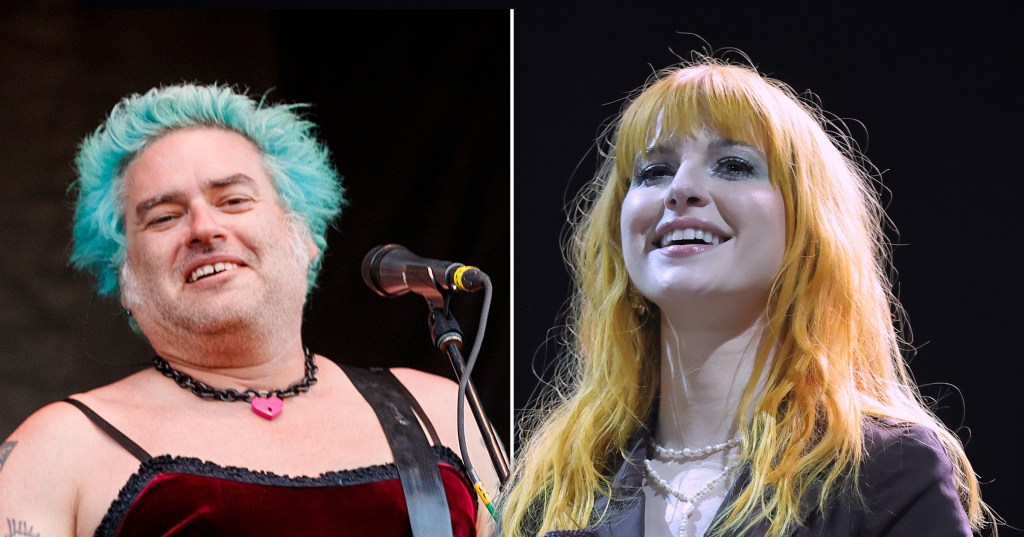 Hayley Williams, 34, has accused 55-year-old Fat Mike of telling a crowd she was ‘good’ at performing a sex act when she was only a teen (Picture: Getty)

Williams, 34, has accused the 55-year-old, whose real name is Michael John Burkett, of making vile comments about her onstage when she was just a teenager.

According to Williams, Burkett made the remarks when she was 19, which would have been in 2008.

Burkett allegedly told a crowd at one of NOFX’s shows that Williams ‘gave good rim jobs’, a comment the Paramore singer said she felt ‘anger’ over.

Reflecting on last year’s When We Were Young Festival – billed as ‘an epic line-up of emo and rock bands from the past two decades’ – Williams said she doesn’t feel particularly nostalgic for the era considered to be emo’s heyday, explaining: ‘Everyone’s just trying to remember better days, and I’m sitting there like, “They weren’t that much better.’”

She added: ‘I was really surprised that I had so much anger well up in me because I was like, “Wait a minute. They’re treating us like a prize now, but like, Fat Mike used to tell people that I gave good rim jobs onstage when I was 19 years old,’” Variety reports.

According to Williams, Burkett made the remarks when she was 19, which would have been in 2008 (Picture: Todd Owyoung/NBC via Getty Images)

‘I do not think that that’s punk. I don’t think that’s the essence of punk.

‘And I feel strongly that without young women, people of colour and also the queer community, I just think we would still be where we were then,’ she concluded.

The outlet also notes that while onstage at When We Were Young in Las Vegas last year, Williams reiterated the sentiment that the scene hasn’t always been a safe space.

‘When Paramore came onto the scene, roughly around 2005, the scene was not always a safe place to be if you were different — if you were a young woman, if you were a person of colour, if you were queer — and that’s really f****d up if you think about it,’ she told crowds.

‘Just today, there was a crusty old f**k on the internet saying that punk was supposed to be anti-establishment.’

The Misery Business singer went on: ‘Well it is. And actually, I can think …read more

The actress initially contacted the police in December (Picture: Getty Images for Studiocanal) A ‘delusional’ stalker who left actress Claire Foy feeling ‘fearful’ has been handed a suspended sentence and will be repatriated to the US. Jason Penrose, 49, was sentenced to one year and 10 months’ imprisonment, suspended for two years, at the Old […]

Below Deck’s Kate Chastain brands Vicki Gunvalson most ‘overrated’ Real Housewife: ‘I don’t get it’