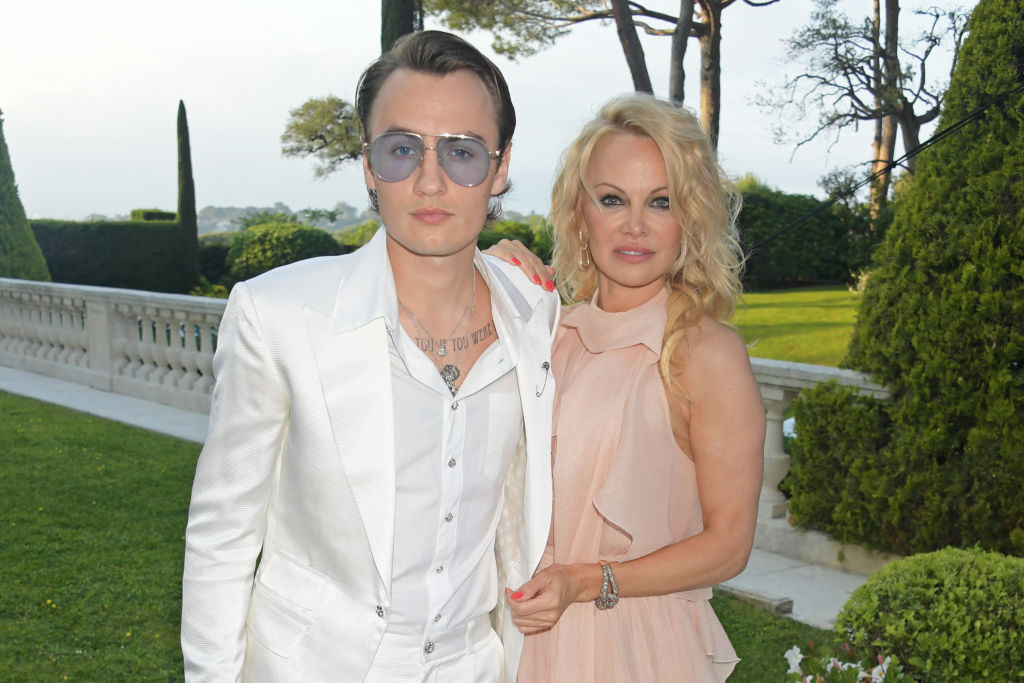 Brandon and his mum Pamela in 2019 at the amfAR Cannes Gala (Picture: Dave Benett/Getty Images)

Pamela Anderson’s eldest son, Brandon Thomas Lee, has admitted that he wishes his mum had made money from the sex tape of her and her ex-husband Tommy Lee, which was stolen and sold without their consent.

In 1995, Baywatch star Pamela and Mötley Crüe drummer Tommy wed after just four days together in Cancún, Mexico, becoming one of the most famous couples on the planet.

Shortly afterwards, they suffered a gross and unprecedented invasion of privacy when private footage that they’d filmed together was stolen from their home and distributed widely online, in what became the first example of a viral sex tape.

In a new Netflix documentary called Pamela, a love story, the model has opened up about the pain that she suffered when going through the tribulation of trying to sue video distribution firm Internet Entertainment Group (IEG).

During the case, the argument of her past work modelling nude for Playboy magazine was used against her, despite the fact that there was clearly a difference, as the theft and circulation of the sex tape was completely non-consensual.

In her illuminating film, Pamela explained that ‘to this day, people say that we made money off it, which was never the case’.

The 55-year-old and her ex Tommy, now 60, made the decision at the time to enter a settlement agreement with IEG to bring the court case to an end, but she emphasised that she ‘never received a dime’ from the film.

When asked in her documentary if she ever regretted not monetising the sex tape, she responded: ‘Oh god, never. I would never monetise the stolen tape. I don’t regret that at all.’

She continued: ‘You could give me hundreds of millions, a billion dollars, I would never take it. Never.’

The tape was stolen from Pamela and Tommy’s home and sold without their consent (Picture: S. Granitz/WireImage)

Pamela had two sons with Tommy – Brandon, 26, and Dylan, 25 – both of whom shared their views on the topic in the Netflix programme.

‘I think it would have been a different story if she did cash in on the tape,’ Dylan said.

‘It just shows you, right? That thing guaranteed made people millions of dollars, and she was like, “No.” she 100% cared about her family being okay and me being okay. Never cared about money.’

Brandon, on the other hand, stated: ‘I wish she would’ve made the money. She would’ve made millions of dollars if she just would’ve signed a piece of paper. Instead she sat back with nothing and watched her career fizzle into thin air. She was in debt most of her life.’

Ian Wright could not hide his excitement after Arsenal’s 90th-minute winner (Picture: Getty/Twitter) Cesc Fabregas feels ‘something special is happening’ following Arsenal’s dramatic 3-2 win over Manchester United and labelled one of Mikel Arteta’s star players as a ‘bluffer’ while fellow legend Ian Wight laughed his head off. Premier League leaders Arsenal looked like they […]

Eamonn Holmes has been on quite the health journey over the past few years (Picture: Getty) Eamonn Holmes has been through two years of health hell, but he’s revealed that someone quite unexpected helped him through it – Jo O’Meara from S Club 7. Speaking about his terrifying fall in October 2022, the 63-year-old opened […]