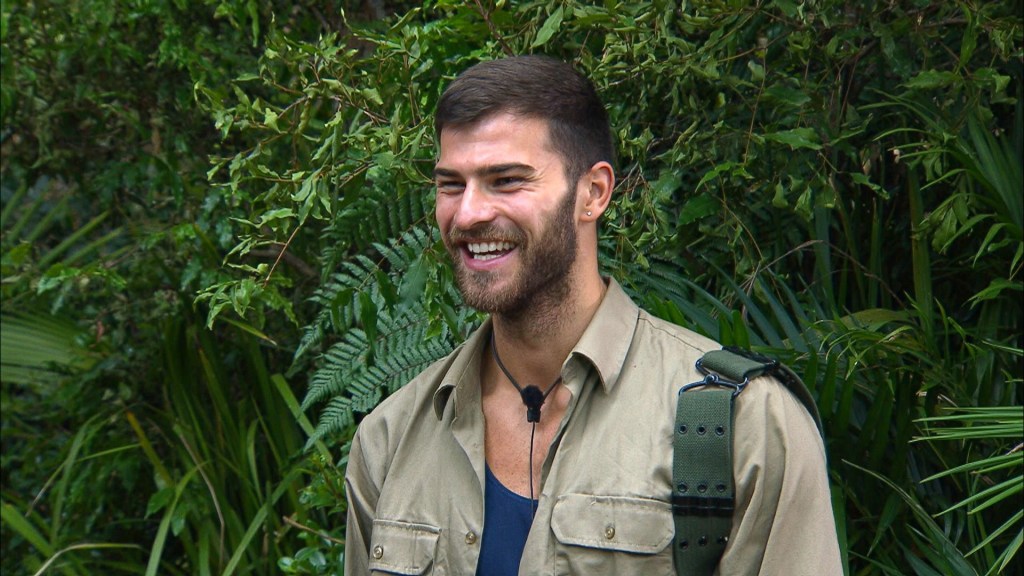 Owen Warner’s ex-girlfriend Chloe Ferry, of Geordie Shore fame, is hoping he is crowned winner of this year’s I’m A Celebrity… Get Me Out Of Here!

The Hollyoaks actor is currently the bookies’ favourite to win the ITV series and remains in camp after Culture Club singer Boy George became the fourth star to be eliminated on Tuesday night.

Television personality Chloe is backing her ex to go all the way and has branded him the ‘full package’.

‘I hope people watching him in the jungle can see what a lovely person he is and that he wins,’ she enthused.

Chloe and Owen began chatting online in 2021 before meeting at the reality star’s home in Newcastle. They then went on to date for six months before going their separate ways.

‘I was definitely falling for him by then as he is very handsome but his personality is even better so he’s got the full package,’ she continued.

Chloe added to The Sun that there is no bad blood between the pair despite their romance coming to an end.

‘I don’t have one bad word to say about him,’ she said. ‘He’s a top bloke and one in a million. I’ve never met anyone like him.’

The bookies are tipping Owen to be crowned the king of the jungle, with Coral naming him as its odds-on favourite at 10-11.

‘Jill Scott has been our favourite to win it for much of the show, but punters have certainly come for Owen Warner in recent days, and he’s now taken the top spot in that market at 10-11,’ a spokesperson for the bookmakers said.

‘As the odds would suggest, it looks like a two-horse race at this stage, and we’ve seen very little in the way of support for any of the other contestants in recent days.’

Coral is tipping Lioness Jill Scott to come second at 7-4 and Mike Tindall to finish in third place at 8-1.

I’m A Celebrity… Get Me Out Of Here! continues tonight at 9pm on ITV1.

Catherine Zeta-Jones and Michael Douglas are celebraating 22 years married (Picture: Getty Images) Catherine Zeta-Jones has paid tribute to her ‘sweetheart’ Michael Douglas to mark their 22nd wedding anniversary. The Welsh actress, 53, shared a candid photo of her kissing the US actor and producer, 78, on Instagram to celebrate the occasion. Michael made headlines […]