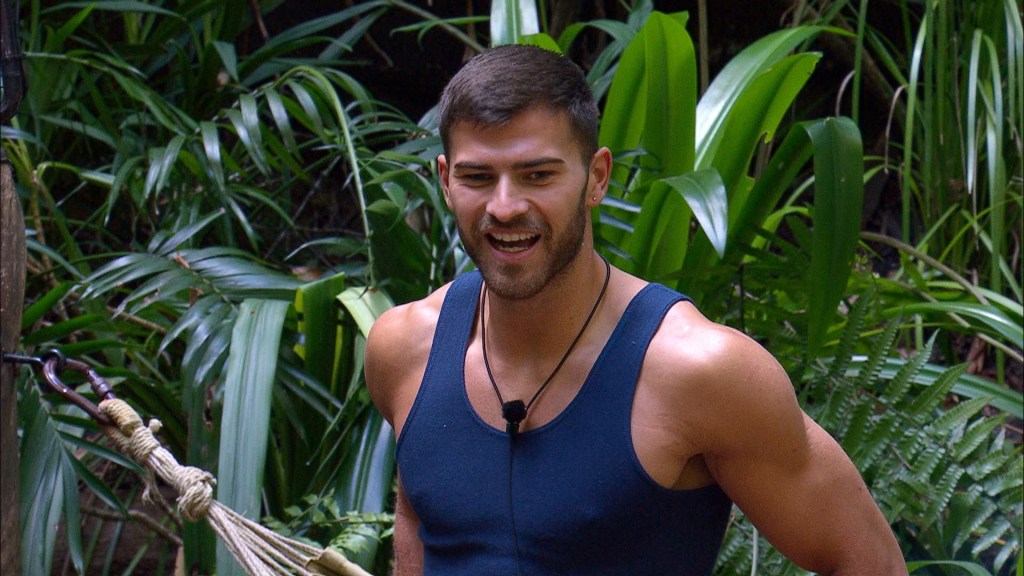 Owen was very curious about what it’s like inside the Palace (Picture: ITV/Shutterstock)

Owen Warner has become known for his hilarious questions during I’m A Celebrity this series, and he had a whole load of them for Mike Tindall.

The Hollyoaks star, bless him, was very inquisitive about Buckingham Palace and life in the Royal Family, since Mike is married to Zara, the daughter of Princess Anne.

As the pair passed the time in camp, Owen had viewers in stitches, with one declaring they want him to ‘cover all royal events from now on.’

‘Have you been to Buckingham Palace much?’, Owen began sweetly.

‘More than most,’ Mike quipped, to which Owen quizzed: ‘What’s it like there?’

‘A lot of it’s all the state rooms and there’s only a little bit of living. Yeah [I’ve stayed there]’, Mike replied.

Mike was more than happy to be quizzed (Picture: ITV/Shutterstock)

What are you making of this year’s I’m A Celebrity?Comment Now

Keen to know whether members of the family eat brekkie in their dressing gowns, Owen continued: ‘In the morning, could you go down in your joggers and t-shirt, or did you have to get dressed up again?’

Owen admitted: ‘I thought you had to be suited and booted!’

But, ever the gentleman, Owen ensured Mike ‘didn’t mind’ chatting about his personal life before going in with more questions.

Owen asked Mike about what it’s like inside Buckingham Palace.. and we were all ears! ðâï¸ #ImACeleb pic.twitter.com/03ih0MMN3R

When Mike assured he was fine, the soap star proceeded to ask about his relationship with Zara, whom he married in 2011.

‘When you first started chatting to Zara, how late in did you know she was royalty? Straight away?’, he asked.

why is owen asking if mikeâs stayed at buckingham palace like heâs not married to the queenâs granddaughter ð­ #imaceleb #imacelebrity pic.twitter.com/z0ZtSL0HkF

I loved Owen checking with Mike if he was happy to talk about the royals.

Owen asking Mike about Zara and her family is hilarious!!! It’s so sweet and yet so ridiculous!! #ImACeleb

‘Did you feel a bit of pressure? If I was chatting to a girl and then found out she was royalty, I’d be …read more

Sam Craigie has been catching the eye of late (Picture: Getty Images) Ronnie O’Sullivan has picked out Sam Craigie as his ‘new favourite player’ after being impressed by the Englishman enough to tip him to win his first title in the next 12-18 months. The world number 37 has been in good form of late, […]