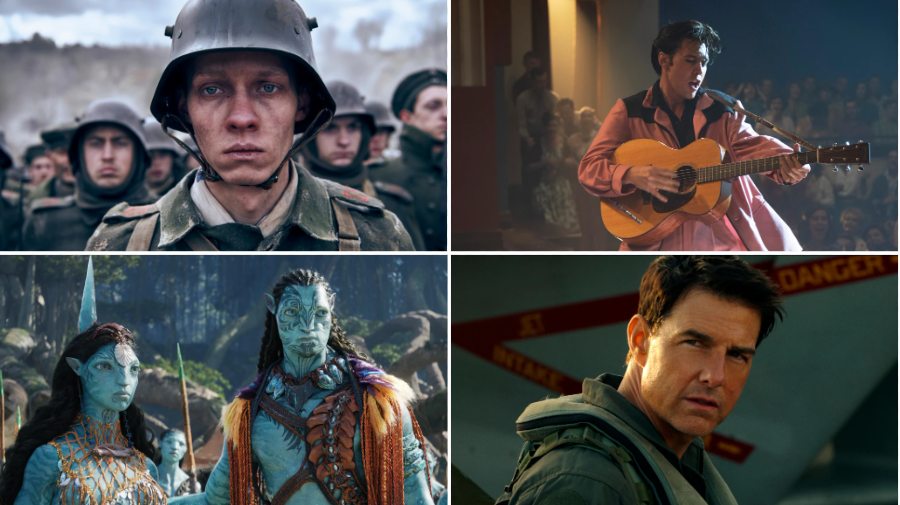 There are suddenly a lot of films to watch (Picture: AP/20th Century Studios)

It’s been a busy Tuesday for Hollywood as actors Riz Ahmed and Allison Williams announced the much-anticipated nominations for this year’s Oscars.

The annual film ceremony, officially called the Academy Awards, kicked off its 95th year as nominations for all categories were announced on January 24 ahead of the prestigious ceremony, which will take place on Sunday, March 12 in California, LA.

The nominations for best actor in a leading role have provided an extra thrill this year, as all those nominated have never won an Oscar, or even been shortlisted until now.

Delighted by their nominations for best actor are Austin Butler for his dedicated performance as Elvis Presley in the recent biopic, Colin Farrell for The Banshees of Inisherin, The Whale’s Brendan Fraser, the legend that is Bill Nighy for Living, and last but not least, a very emotional Paul Mescal, for his touching ode to fatherhood in Aftersun.

As for best actress, Cate Blanchett is up for her gritty performance in Tár, Ana de Armas for her portrayal of Marilyn Monroe in Blonde, Michelle Williams for The Fabelmans, Everything Everywhere All at Once’s Michelle Yeoh, and in a nod to some serious campaigning by Kate Winslet and the like, Andrea Riseborough for her role in low-budget indie film To Leslie.

In the best original song category, Rihanna and Lady Gaga are both hoping to win big as their two tracks – Rihanna’s Lift Me Up from Black Panther: Wakanda Forever’s soundtrack, and Lady Gaga’s Top Gun: Maverick hit Hold My Hand – compete for the accolade.

Snubbed from the list is Taylor Swift’s song Carolina, which appeared in Where the Crawdads Sing.

Nominations include war epic All Quiet on the Western Front, the hotly-anticipated Avatar: The Way of Water, Martin McDonagh’s The Banshees of Inisherin, Elvis, Everything Everywhere All at Once, The Fabelmans, Tár, Top Gun: Maverick, Triangle of Sadness and Women Talking.

Here is there to watch them:

All Quiet on the Western Front

Felix Kammerer stars in World War I epic All Quiet on the Western Front (Picture: AP)

Directed by Edward Berger, All Quiet on the Western Front is the German anti-war film that’s creating quite the buzz, as it was nominated for nine awards at this year’s Oscars.

Stream All Quiet on the Western Front on Netflix now.

Avatar: The Way of Water

Avatar: The Way of Water is the sequel on everyone’s must-watch list (Picture: Courtesy of 20th Century Studios)

A whole 14 years after our first installment of Avatar, this sequel has been much-anticipated, and clearly the Oscars seem to think our wait hasn’t been in vain. The film is currently showing in cinemas.

Avatar: The Way of Water will be available to stream on Disney Plus, although no date has been given yet.

The Banshees of …read more

Jack Lisowski feels he has been slowed down by opponents recently (Picture: Getty Images) Jack Lisowski has called for a shot clock to be brought in for more snooker tournaments as he feels some opponents are playing too slowly and employing gamesmanship against him. Lisowski has had a good season so far, reaching the semi-finals […]