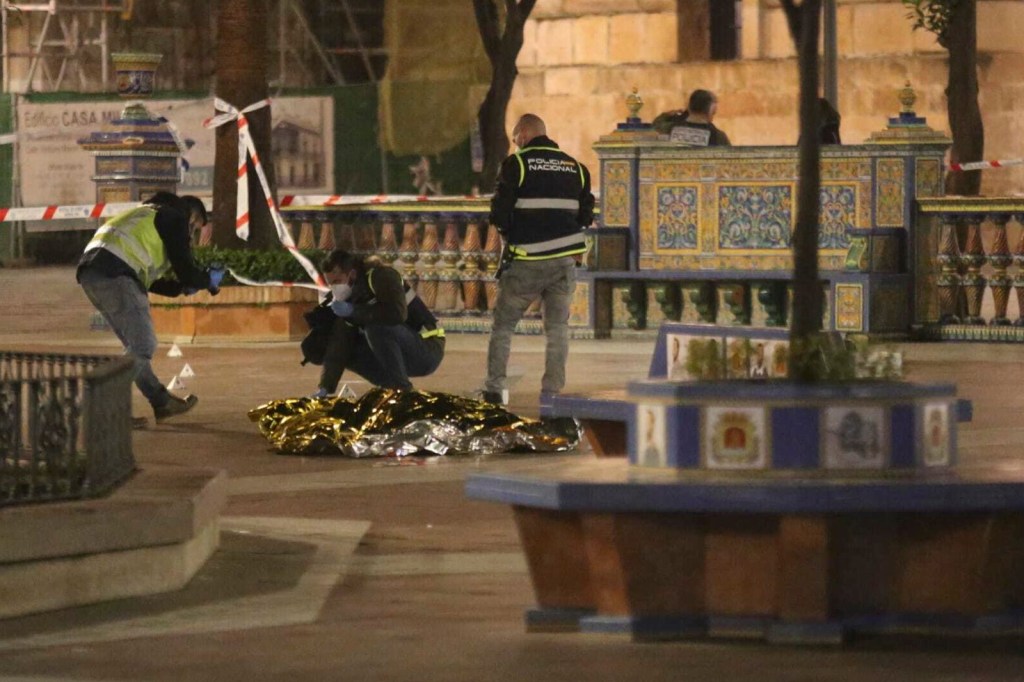 The attacker has been arrested and is in the custody of Spain’s National Police (Picture: AP)

One person has died and others left injured following an attack in Spain.

Authorities say the incident saw a man ‘with a bladed weapon’ storm multiple churches in the southern city of Algeciras.

The attacker has been arrested and is in the custody of police.

Spain’s ministry says one person was killed outside the church of San Isidro, while another was wounded inside the religious building.

Local reports claim the man killed was a church assistant, while the person injured was a priest.

Police are investigating the incident to determine the ‘nature of the attack.’

A priest from Algeciras told Spanish newspaper El País: ‘The attacker first went to the parish of San Isidro, where he attacked a person.

‘And, later, he went to the church in the Plaza de la Palma, where he ran into the sacristan in the street and attacked him right there, where he was left on the ground. Later he seemed to go to the church of Virgen de Europa, but I no longer know if he has arrived.’

All the churches are located in the centre of Algeciras.

‘A sacristan has been murdered and at least one other priest has been injured in an attack that took place in Algeciras. Prudence, the facts are being investigated.’

The attack comes after two people were killed in a stabbing in Germany.

Police say a man used a knife to attack several passengers at around 3pm local time.

The incident came as the train, travelling from Kiel to Hamburg, made its way towards Brokstedt station.

Amanda Abbigton didn’t know if she’d see partner Jonathan Goodwin again after his nearly-fatal accident on stage (Picture: ITV) Amanda Abbington has shared the exact moment she found out about Jonathan Goodwin’s accidenat – and her fears that she might never see him alive again. The actress – who is now engaged to Jonathan – […]

Sajid Javid advocates introducing fees, to ‘help with the allocation of limited resources’ (Picture: Getty Images/Westend61) Miles from land, working as a cruise ship doctor in the middle of the Atlantic, I was treating a patient having a heart attack. He was in dire need of a clot-busting injection, but as I opened the cupboard […]

Fernandez was eager to join Chelsea this month (Picture; Getty) Chelsea are preparing one last final push to sign Enzo Fernandez from Benfica before the end of the month. Fernandez, 21, was the subject of intense interest from Chelsea who were prepared to pay over his £105m release clause. An offer of £112m was tabled […]