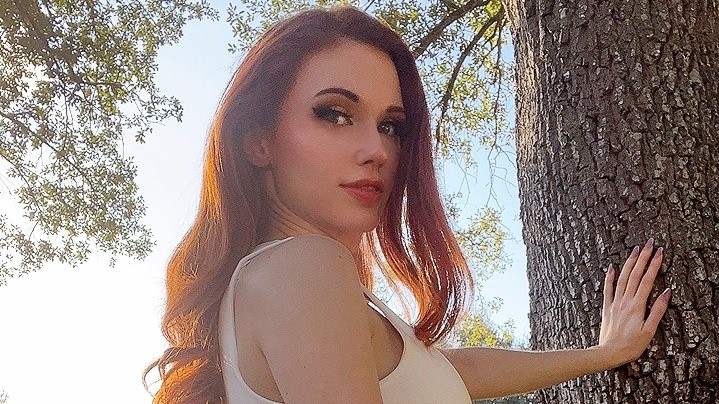 Although Amouranth is the most-watched female streamer on Twitch she hasn’t been offered an exclusive contract with the platform.

Since she became the hot tub queen of the internet, Amouranth has boasted a huge following across several platforms, including Twitch, YouTube, and OnlyFans.

2022 has been a difficult year for her so far, given the revelation of her toxic marriage, but she’s managed to emerge stronger than ever and overtake other popular streamers such as Pokimane and Valkyrae.

Despite her successes, though, Amouranth has revealed she’s not been offered an exclusive contract for either her Twitch or YouTube channels.

In a recent interview with FullSquadGaming, the streamer said that the only companies that have tried to ‘propel her to the next level’ have been rivals to OnlyFans.

That’s understandable given she makes roughly £1.3 million per month with spicy content on OnlyFans – with a total of over £22 million earned so far.

When Amouranth was asked why she thinks Twitch or YouTube haven’t approached her with exclusivity contracts yet, she said it’s possibly because she’s ‘a little not brand-friendly.’

‘YouTube also seems to be catering towards streamers that are hosting big events and stuff. I’ve only dabbled in that with Streamer Royale earlier this year,’ she added.

Besides Streamer Royale, where top streamers such as Alinity and CodeMiko battled it out IRL in a Total Wipeout-style arena, Amouranth is set to host her own version of the Mr and Ms Universe beauty pageant soon.

She’s co-organising it with YouTuber and gaming personality Alpharad, so this might give her a better chance of scoring an exclusive deal with the platform.

‘I’m not quite there yet I think, for what they’re looking for… But who knows what will happen in the future,’ Amouranth said.

Since splitting from her husband, the streamer also announced that she’s looking to change her content, and even implied she might take a step away from steamy Twitch streams.

So far, that has been the case, as rather than hot tubs she’s more frequently been streaming with her beloved horses, and even went on a ‘first date’ at a rock-climbing gym recently.

MORE : Amouranth taking a break from Twitch – won’t say when she’ll be back

MORE : xQc goes off on Twitch trolls who claim Amouranth marriage is fake and a ‘stunt’

To submit Inbox letters and Reader’s Features more easily, without the need to …read more

…read more Source:: Metro        (Visited 1 times, 1 visits today)Ryan Reynolds sought advice from The Greatest Showman pal Hugh Jackman for Christmas Carol-inspired musical with Will Ferrell Ryan Reynolds is no stranger to musicals, but he needed some tips ahead of his performance in Spirited (Picture: AP) Now, if you’re going to…Sir Elton John […]

Black Friday 2022: Xbox Series X is finally cheaper but not for long

Boy, 17, stabbed to death in Cambridge with three teens held for murder

Police at the scene at Logan’s Meadow nature reserve in Cambridge today (Picture: Marcin Nowak/LNP) A 17-year-old boy has been killed in a suspected ‘targeted attack’ by the River Cam in Cambridge. Three other teenagers, two aged 14 and one aged 17, have been arrested on suspicion of murder. Police were called by ambulance crews […]