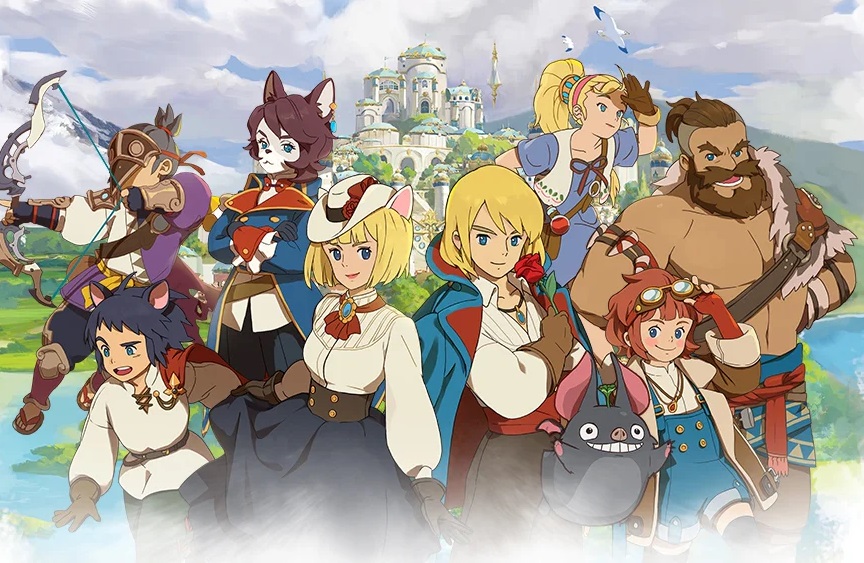 Level-5 and Netmarble’s Ni No Kuni online multiplayer game was already controversial at launch and its reputation has only got worse since.

Chances are if you’ve heard of the Ni No Kuni online multiplayer role-playing game, Ni No Kuni: Cross Worlds, it’s only because of the controversy surrounding it.

Even before it launched, its decision to implement blockchain technology and cryptocurrency (with NFTs to follow later this year) was met with disdain and disappointment.

Actual players, meanwhile, are struggling to even log in and play because of crypto bots flooding the servers, resulting in lengthy log-in queues. What’s worse is that the only solution developer Netmarble seems to offer is to pay real money to bypass the queues.

However, with how dire the log-in issues are, Ni No Kuni: Cross World’s subscription is almost needed just to play it, effectively not making it free-to-play anymore.

Word of this spread across social media when Josh Torres, senior staff writer at RPGSite, mentioned it on Twitter, adding that the Daily Adventurer’s Pass, as it’s called, costs $7.99 (£6.50).

So I’m reading up on what’s been going on with that Ni no Kuni MMO. Apparently because of the crypto/NFT stuff, bots have infested it leading to long queues for servers.

Netmarble’s solution? Offer people a Daily Adventurer’s Pass for $7.99 to bypass the queue to login.

This naturally led to assumptions that players are being charged $7.99 every day and that Netmarble introduced it to deal with the log-in issues, although this is apparently inaccurate.

Those claiming to play the game themselves say that the pass has been available since launch and is a monthly payment, not daily, since the bypassing queues feature was attached to the regular monthly subscription.

Still, outsiders are less than impressed, with ResetEra user Thrill_house arguing that paying extra just to get to play it is outrageous.

‘If I had to pay extra to get into Final Fantasy 14 during the rush I would have quit that f***ing game so fast it wouldn’t be funny,’ they wrote.

‘If they are charging people eight bucks to get in because they can’t get their s*** together and made dumbass decisions that is on them full stop.’

Not really free-to-play at all (pic: @VerumBoyz)

Another user named Toma, who wanted to clear up the misconceptions and does enjoy the game, admits that it deserves to be criticised and is also struggling to maintain a playerbase.

‘The login/bot thing has recently become an issue though, and I can imagine many people will be put off by it because the activity in the game is already declining quite heavily,’ they explained.

Gabriel Jesus is expected to leave Manchester City this summer (Picture: Getty Images) Arsenal will enter further talks with Manchester City today to attempt to reach an agreement to sign Gabriel Jesus, according to reports. Mikel Arteta is in need of a new striker following the exits of Pierre-Emerick Aubameyang and Alexandre Lacazette. Eddie Nketiah, […]

Remote Scottish island with 6.5miles of coastline and a 17th century mansion is on the market

Could this be your new home? (Picture: Savills/SWNS) Ever wanted to move away from the rat race and buy a secluded Scottish island? Well, now is your chance. The Shetland Island of Vaila, Scotland, is now on sale for a cool £1.75 million and it has everything you need to live a relaxed life. Complete […]

Ekin-Su had enough and confronted Amber about her attitude towards her (Picture: Rex Features) Love Island star Ekin-Su Cülcüloğlu found herself in a tense confrontation with fellow islanders Amber Beckford and Gemma Owen who accused her of playing a game.  Tension between Ekin-Su and Amber has simmered in recent episodes but finally boiled over on […]