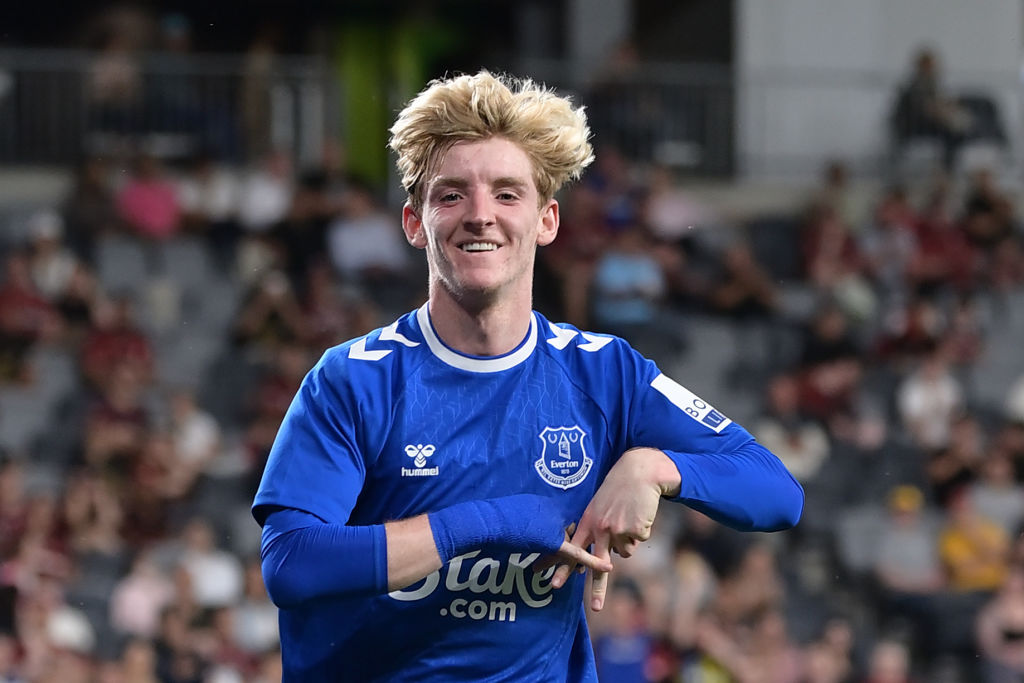 Gordon is eager to make the move to St James’ Park (Picture: Getty)

Newcastle United are prepared to walk away from a deal for Anthony Gordon unless Everton drop their £60million asking price.

Eddie Howe’s side have been confident of beating Chelsea to the England Under-21 international with the Blues reigniting their interest after seeing bids turned down by the Merseyside club in the summer.

Gordon is said to be desperate to make the move to St James’ Park with agreeing personal terms not expected to be an issue.

Everton’s huge demands could scupper the deal however with Newcastle refusing to overpay for the forward, according to The Telegraph.

Chelsea were ready to pay £60m for the player late on in the summer transfer window with Everton expecting the Magpies to match that. But representatives from the club have told their Everton counterparts they will not pay that amount.

Gordon missed training at Finch Farm on Tuesday in what was reportedly a planned absence but did not return to the group on Wednesday.

Newcastle are said be hopeful Everton will lower their asking price but the can have drawn up alternative plans with Chelsea’s Hakim Ziyech also a target.

The Blues could be reluctant to sell to a side that will now consider a direct rival for Champions League qualification, however.

After a disappointing first-half of the season, Ziyech has been in good form since Morocco’s World Cup campaign.

The 29-year-old provided the assist for Chelsea’s winner against Crystal Palace and followed that up with a good performance in Saturday’s 0-0 draw at Liverpool.

This month alone with club have brought in Joao Felix on loan from Atletico Madrid, signed Mykhailo Mudryk in an £88million deal from Shakhtar Donetsk and Noni Madueke from PSV Eindhoven in a £30million deal.

The Blues have also signed David Datro Fofana and Andrey Santos, along with the defensive addition of Benoit Badiashile.

The pundit feels Casemiro should not have been shown a red card (Pictures: Getty / BBC) Alan Shearer has defended Casemiro after his red card against Crystal Palace and believes a different camera angle which was not used by the VAR exonerates the Manchester United midfielder. The Red Devils secured a 2-1 victory over the […]

Adam Lambert addressed his Theo James comments while at Sundance over the weekend (Picture: Twitter/Variety/Getty) Adam Lambert made headlines earlier this week after he appeared to criticise Theo James’ rumoured casting as gay icon George Michael. The hit-maker has now clarified his comments after many people disagreed with his sentiment. On Wednesday, Lambert wrote on […]