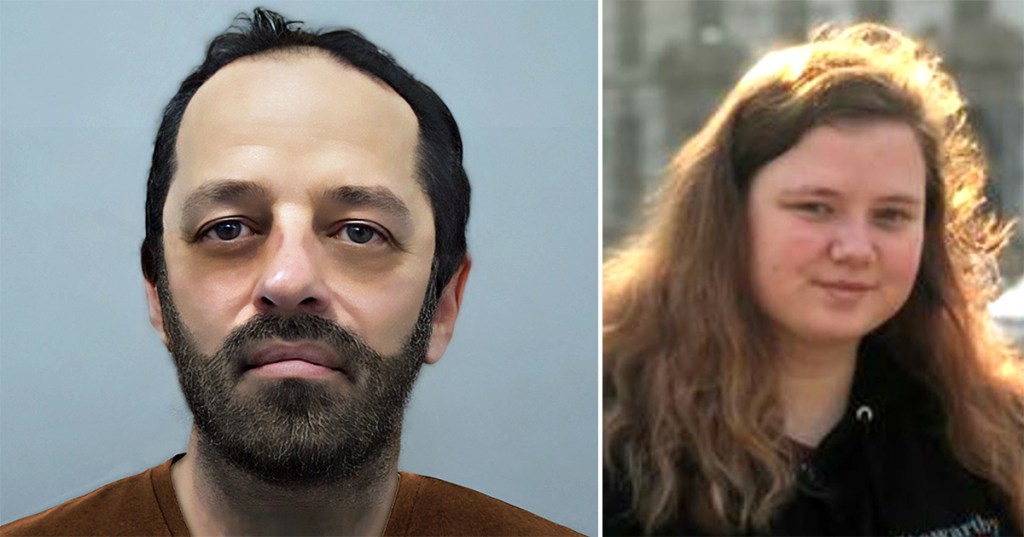 Neil Maxwell may have grown a beard, lost weight and changed his name when Leah Croucher went missing (Picture: PA)

The prime suspect concerning the murder of Leah Croucher allegedly changed his appearance to avoid capture.

Police have released a new photo of 49-year-old Neil Maxwell in the hope of bringing closure to Leah’s family.

Her remains were found at a home in Milton Keynes last October, three years after she went missing on February 19, 2019, at the age of 19.

She was found in the loft of the house by a contractor who was carrying out work.

A murder investigation was then launched before police identified Maxwell as the prime suspect in the case.

Officers have so far been unable to place him near the house and have released the e-fit in a bid to find more witnesses.

They say he may have lost weight, changed his name and grown a beard to avoid capture.

Maxwell took his own life on April 20, 2019 after officers tried to arrest him 18 times. He was also on the run in connection with another alleged sexual assault at the time.

Police are trying to find evidence that Maxwell was at the property when Leah went missing (Picture: PA)

Leah could have been held captive at the property for weeks on end (Picture: PA)

The convicted sex offender had carried out maintenance work on the house where Leah was found from November 2018.

He was the only person to have keys while the owners – who are not involved in the case – were away.

Police believe Leah may have been held captive at the address for weeks on end before she was killed.

Detective chief superintendent Ian Hunter, head of crime at Thames Valley Police, said: ‘We are yet to identify anyone who had seen Maxwell in Loxbeare Drive, Furzton before, after or at any time close to when Leah went missing on 15 February 2019.

Gang who mugged American tourist for £100,000 Rolex are jailed for 15 years

‘The investigation has now established that Maxwell is likely to have changed his appearance to avoid being recognised. He had grown a beard and may have lost weight.

‘We have therefore generated a computer image of how Maxwell may have looked around the time Leah went missing in the hope that it may jog someone’s memory.

‘Did you see this person in or around Loxbeare Drive, Furzton at any time between December 2018 and 20 April 2019?

‘Do you know where he was between December 2018 and 20 April 2019, what phone number he was using, what vehicle he was driving, who he was with or any other useful information that can help us establish the truth for Leah’s family?’

For emotional support you can call the Samaritans 24-hour helpline on 116 123, email jo@samaritans.org, …read more

The videos of Jin cooking the 2-metre-long great white shark in a spicy broth and eating its meat went viral (Picture:Tiktok) A Chinese food blogger has been slapped with a £15,000 fine for cooking and eating a great white shark she bought online. In April 2022, the blogger, who posts under the handle Tizi, shared […]

The PS6 is not imminent (pic: Sony) One of gaming’s most reliable insiders claims the next PlayStation console is not the PS5 Slim and that work on the PS6 has already begun. As unlikely as it may sound, the fact that there are already rumours about the PlayStation 6 is the least surprising aspect of […]