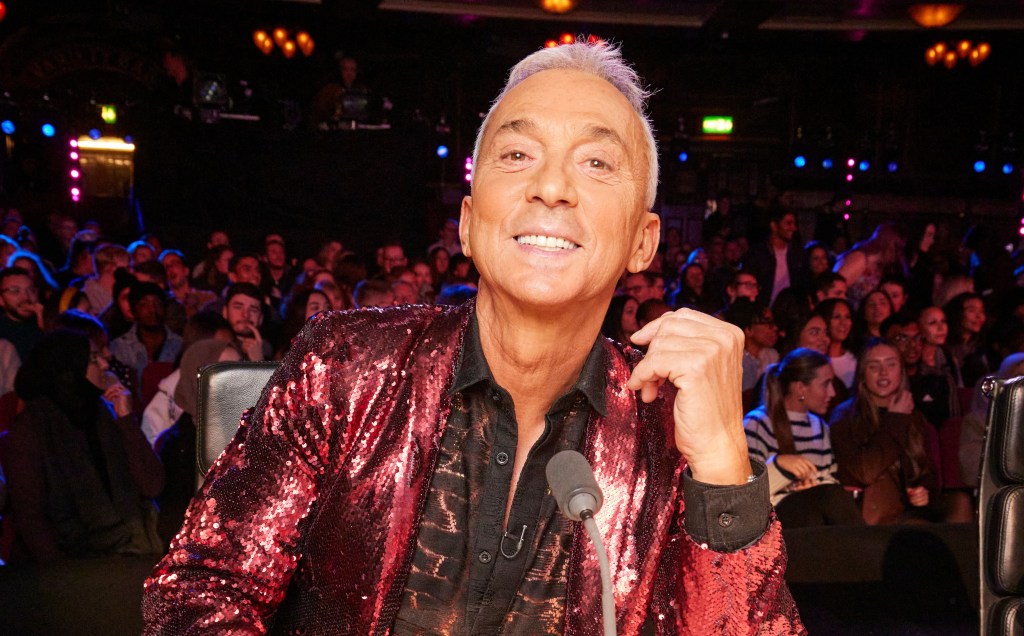 Bruno made a dazzling entrance for his first day (Picture: ITV)

Bruno Tonioli is said to have been ‘told off’ after his first day as a new judge on Britain’s Got Talent, but the choreographer is absolutely ‘loving’ his new role.

This week, it was officially confirmed that the former Strictly Come Dancing judge had joined the ITV talent competition, following David Walliams’ departure from the programme.

When he was on Strictly, the 67-year-old became known over the years for his rambunctious nature, frequently getting up from his seat to demonstrate dance moves, leaving viewers at home and the audience in the BBC studio in hysterics.

It appears his energy levels won’t be waning on BGT, with fellow judge Alesha Dixon reportedly telling him off during the audition round for the new series.

According to The Sun, the 44-year-old singer had to tell Bruno to sit back down during the show, pushing him back down onto his seat.

The judging panel has a fresh new face (Picture: ITV)

David was on BGT for 10 years, from 2012 (Picture: Dymond/Thames/Syco/Rex/Shutterstock)

According to the publication, Alesha and Amanda Holden, 51, criticised Bruno for being too harsh on auditionees, before then hitting his golden buzzer before an act had finished their performance.

Simon Cowell, 63, is said to have pressed his own golden buzzer after being urged to do so by Bruno, who incessantly hit his own to try and encourage them to do so.

He also pressed his buzzer, sending an act through to the live semi-finals later this year, after Bruno put pressure on his fellow judges by repeatedly hitting his.

Bruno lapped up the attention at the London Palladium, turning to the audience and declaring: “I’ve had so much fun, I’ve already been told off. I’m loving it!”

When Bruno made his first entrance into the BGT auditorium, he told the audience: ‘Thank you very much. I am thrilled to be here,’ as they cheered and clapped for him and the panel of judges.

He added in a statement: ‘Here we are, Britain’s Got Talent. I am so excited. It’s my first show, I have no idea what’s going to happen, but I’m sure it’s going to be brilliant.’

Britain’s Got Talent is set to return later this year on ITV.

MORE : Britain’s Got Talent 2023: Audition dates, judges and when could the series start?

MORE : Simon Cowell gives the thumbs up as Britain’s Got Talent auditions kick off with …read more

Anthony Martial has missed 20 games through injury this season (Photo: Getty) Erik ten Hag says that Anthony Martial has hit a ‘setback’ in his recovery from injury which has forced him to miss Manchester United’s clash against Crystal Palace on Saturday. Martial had only just returned from his latest injury setback in United’s last […]

Meet Ellie and Spencer (Picture: ITV) Moments after Anna-May Robey and Haris Namani left Winter Love Island, the stars were introduced to bombshells Ellie Spence and Spencer Wilks. During the last five minutes of Wednesday’s episode, the islanders were instructed to gather around the firepit due to an imminent recoupling – which saw the boys […]

The researchers grew human brain organoids in a dish until they were about 1.5mm in diameter (Picture: Unsplash) Human brain tissue has been transplanted into the brain of rats to pave the way to treat major brain injuries. A groundbreaking study by neurosurgeons showed that ‘human brain organoids’ or sesame seed-sized balls of neurons were […]